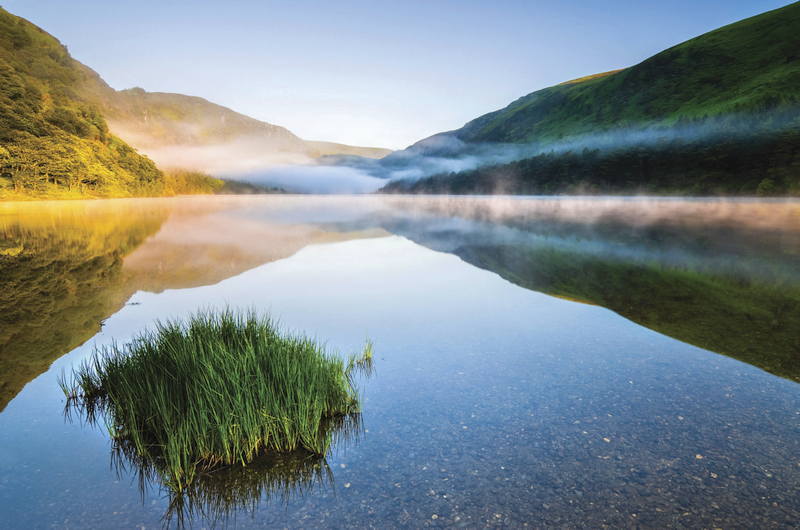 The topic of Pot Still, in particular the cereal grains used to create this beloved expression of Irish Whiskey, is providing some passionate debate of late. At whiskey events around the country when history or provenance of Pot Still is referenced a question about the grains used in the mash bill and the maximum “other” non-barley grains specified in the Geographic Indication’s “Technical File” usually follows.

All the more so since the Irish Whiskey GI made industry news in April 2019 with headlines celebrating its approval together with the associated Technical File. The Technical File ‘As registered with the EU Commission Service in March 2019’ was made available from the Department of Agriculture, Food & Marine’s website, an update to the previous file dated ‘October 2014’ which we will take a look at later.

The EU states a Geographic Indication (GI) protects the name of a spirit drink originating in a country, region or locality where the product’s particular quality, reputation or other characteristic is essentially attributable to its geographical origin. As part of the EU’s system of Intellectual Property Rights, names of products registered as GIs are legally protected against imitation and misuse within the EU and in non-EU countries where a specific protection agreement has been signed.

The goal of this article is to take a moment and see how we’ve arrived at this point through the various legislation, definitions and agreements. To get some perspective we will look back to see how Irish Whiskey has been defined and its mash bill described up to now.

I have received representations from the Irish Pot Still Distillers’ Association urging that the terms “Irish Whiskey” and “Irish Pot Still Whiskey” should be legally defined as the absence of such definitions constitutes a handicap in the export market… I have agreed to this proposal, and the necessary provision will, accordingly, be made in the Bill.

The Whiskey Act of 1950 then focused on providing a definition for Irish Whiskey and Irish Pot Still Whiskey in relation to the Spirits Act of 1880. The Pot Still mash bill was defined as “distilled from a mash of cereal grains such as are ordinarily grown in the state” together with malted barley.

The Whiskey Act of 1980 repealed the 1950 Act, notably the specific reference to Pot Still was removed. At the introduction of the bill to Dáil Éireann on 4 Nov 1980 Denis Gallagher Minister of State at the Dept. of Industry, Commerce and Tourism stated;

“Although the Irish Whiskey Act, 1950, specifically defined Irish pot still whiskey,
I have decided to omit reference to this product in the Irish Whiskey Bill, 1980, as the Irish distilling industry do not at present use this marketing term and do not envisage its use for marketing purposes in future.”

Within the 1980 Act the mash bill was simply, “from a mash of cereals” together with malt. The final distillate was required to be distilled under 94.8% by volume to ensure “the distillate has an aroma and flavour derived from the materials used”

The EEC was also working on the process of laying down rules on the definition, description and presentation of spirit drinks and published the Council Regulation (EEC) No 1576/89 of May 1989.

This regulation defined ‘Whiskey’ including a reference to the ingredients and production process, showing the harmonisation with Irish Whiskey and Scotch Whisky legislation. In Article 1 (4) (b) of the Regulation ‘Whisky or Whiskey’ is defined as a spirit drink produced by the distillation of “a mash of cereals” together with malt. Also, similarly distilled under 94.8% vol., so that “the distillate has an aroma and taste derived from the raw materials used”.

In Appendix II the 1989 Regulation specifically provided ‘Irish Whiskey’ a Geographic Designation, associating it with Ireland and importantly saw the welcome return of the term ‘Pot Still’.

So we’ve progressed to the late 1980s and the mash bill for Pot Still Irish Whiskey is defined with a broad ‘mash of cereals’ together with malt, without ratios or percentages of specific grains.

On to 2008 for the adoption of Regulation (EC) No 110/2008 of The European Parliament and of The Council of January 2008, repealing the previous Regulation 1576/89. This new updated regulation provided Irish Whiskey with a Geographic Indication (GI), and triggered the creation of the ‘Technical File’. It set out the required contents and a deadline for the file’s submission.

Article 17 ‘Registration of geographic indications’ required each state seeking to register a GI to provide a Technical File for it, Article 20 stated a deadline of the 20 February 2015. Annex II of the supporting Commission Implementing Regulation (EU) 716/2013 of July 2013 laid down rules for the application and included a model template for the preparation of the technical file.

The task of producing a technical file adhering to these requirements under the remit of the Department of Agriculture was begun
in conjunction with representatives of the industry, at the time. In Section 2.2.1 ‘Pot Still Irish Whiskey’ specific ratios for the mash of a minimum of 30% malted barley and minimum 30% unmalted barley was set out, this was further qualified under the Pot Still ‘Production Process’ to only allow up to 5% of other grains. The Technical File was submitted by the Department of Agriculture to the European Commission before the February 2015 deadline.

In March 2019 the Official Journal of the European Union C115 announced the acceptance of over 240 GIs including “Irish Whiskey/Uisce Beatha Eireannach/Irish Whisky” for Ireland.

The initial Technical File dated ‘October 2014’ was available online from the Department of Agriculture. After the acceptance by the
EU in March an updated version of the file ‘As Registered by the EU Commission Services on 27th March 2019’ was then made available. The file was mostly reformatted but contained some amendments.

Section 2.2.1 kept the stipulation that the mash must contain a minimum of 30% malted barley and minimum 30% unmalted barley. The previous ‘Production Process’ section for Pot Still was moved to a separate Section 2.2.5 the ‘Impact of Production Methods on Final Product’. This section merged all the previous ‘Production Process’ details together for each classification of Irish Whiskey; Pot Still, Malt, Grain and Blended.

Reading this as a specification document, the maximum 5% of other cereal grains which used to be contained directly within the Pot Still ‘Production Process’, located somewhat adrift in Section 2.2.5 with all classifications of Irish Whiskey combined. Specific references to “Pot Still” remained in relation to the size of the pot stills used (compared to “Malt”) and to the use of “Pot Still” in blending. Also of note, the previous Pot Still Production Process reference to still residues being collected and redistilled in Column Stills was removed.

(1) in the light of recent experience and technological innovation, market developments and evolving consumer expectations, it is necessary to update the rules on the definition, description, presentation and labelling of spirit drinks and to review the ways in which geographical indications for spirit drinks are registered and protected.

The new Regulation 2019/787 continues to state in Annex I 2. ‘Whisky or whiskey’ be produced by (a)(i) “distillation of a mash made from malted cereals, with or without whole grains of unmalted cereals”. The Technical File attached for the GI provides for the additional information, production processes and specification of Irish Whiskey and each of its classifications.

The transition to the new Regulation is also set out. Article 51 outlines the timeframe for its entry into force and application. Article 37 continues protection for existing registered geographical indications. From now on what we have referred to as the ‘Technical File’ will instead be called a ‘Product Specification’. Article 50 highlights the Transitional Measures from Regulation 110/2008 and specifies certain salient provisions apply retrospectively.

The new Regulation 2019/787 establishes clear procedures to administer a Product Specification, including how to handle future amendments. Article 31 details that any group having a legitimate interest may apply for approval of an amendment to a product specification. A ‘group’ means any association, irrespective of its legal form, that is mainly composed of producers or processors working with the spirit drinks concerned.

As the number of distilleries producing Pot Still increases, so too do the various parties with an interest in the debate. With these procedures all part of a democratic framework it ensures this burgeoning group and ancillary supporting bodies will be able to assist in directing the agenda and be allowed to share their input and experience on the topic.

It is completely understandable and vital that the quality of Pot Still expressions are maintained at a high level. Perhaps allowing innovation and experimentation to take place while finding a framework to ensure a quality of output, rather than being so stringent on input, would enable these historically significant mash bills to be renewed and experienced. Alternatively, a category such as Heritage Pot Still could be investigated, particular to the era when this expression was in its heyday across the world.

The distilling, maturation and blending professionals working across this industry are best placed to determine how their specific equipment, skills and experience can adapt to the challenge of using a broader specification of mash bills while creating expressions of a quality they can all be proud of and consumers expect. Finding some common ground between all concerned and exploring alternatives would be advantageous as this unique category of Irish Whiskey re-establishes itself on the global stage.

Even though we are focusing on references to mash bills for this article, the file isn’t just technical; as alluded to the history and reputation of the product were also key elements in the submission to ensure a link to the geographic environment / geographic origin. The genealogy and provenance of Pot Still reaching back in time is prime for further discussion.

Investing in an Irish Whiskey Cask Program
Opinions - Argentina
The difference between Irish Whiskey, Scotch and American…
Of the land