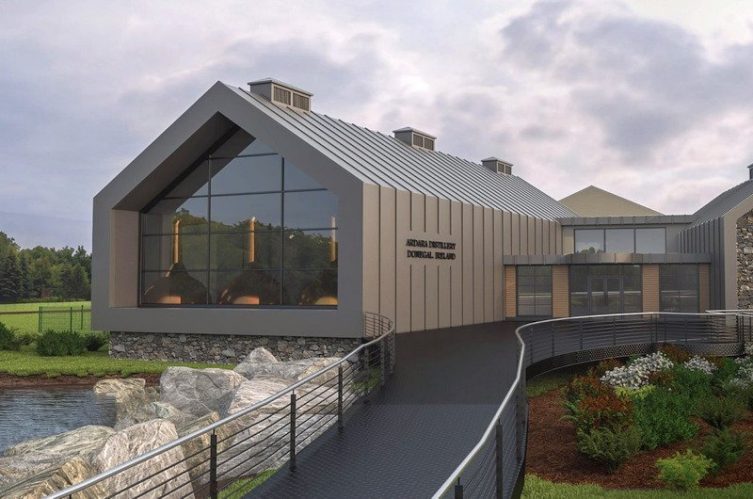 The Ardara Distillery will make Irish whiskey in both Single Malt and iconic Pot Still variants, highly differentiated and reflecting the authentic style in which Donegal whiskey was made in the 19th century. Triple distilled, rich, smoky and peated, the whiskies will share in the folklore of the Donegal Gaeltacht and will be steeped in the often illicit heritage of distilling on the Sliabh Liag peninsula. With construction on the Show Field in Ardara started, they hope that the distillery will be operational sometime in 2020. The distillery will initially comprise the still house and barrel store and, in a later phase, the visitor centre and relocated An Dúlamán Distillery and Poitín museum.