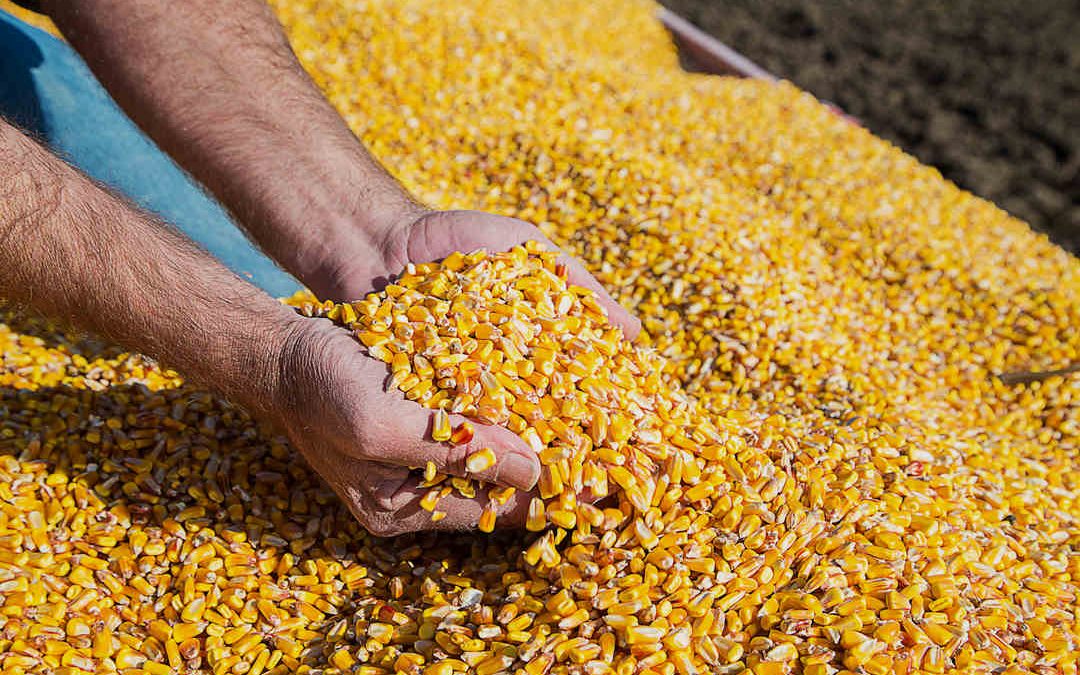 Single Grain Whiskey   Having previously reviewed pot still and malt whiskeys, it seems appropriate to concentrate on grain whiskeys for this article. In Ireland, grain whiskey is usually used as an enhancing component of blends, rather than as a single product in its own right. Grain whiskey is typically considered to be less interesting than its pot still or malt cousins, however, I would argue that it has just as much potential. It takes considerably more understanding and cares, especially during production, to create a special Single Grain whiskey. Grain whiskeys are usually made from grains other than malted barley although in Ireland they must, by regulation, contain an element of malted barley. Typically Grain whiskey is made from maize (corn), wheat or rye. The most common of these in Ireland is maize which is usually imported from France. Several distilleries are planning to use rye which is starting to be grown locally. Grain whiskeys are made in column stills which provide a more efficient form of distillation than pot stills but typically lack the complexity and character produced by using pot stills. While they may not be as attractive to look at (a matter of opinion obviously), from the top of these columns at the Midleton Distillery, the provide stunning views of the Cork countryside.he Freemans Journal “Dublin Trade Report” of October 18th, 1847, detailing the current market prices for sugar, tallow, tar, palm oil, timber, fruit, rum, rice, whiskey, tea and cocoa shells. Readers were informed that the market for tea was in “a most depressed state” but, in a more upbeat note, there was a greater demand than usual for older John Jameson whiskey: There are very few single grain expressions available in Ireland at the moment, although new releases have recently entered the market. This year, Irish Distillers,  producers of Jameson, Powers, and Midleton among others, have launched two single grain whiskeys. Launched under their Method and Madness brand, one is a single cask 31-year old, priced at €1,500 a bottle. It is inevitably extremely cask driven making it beautifully rich and vibrant, enticing and luxurious. Until now, Irish Distillers had kept their grain whiskey for use in blends only, aside from their bottling of an 18-year-old single grain in association with the Irish Whiskey Society in 2015. If you are fortunate enough to have tasted this, you’ll know it was like liquid gold! As you may have gathered from my first article in this series, I am a great fan of the Greenore 8-year-old Single Grain, which is now known as Kilbeggan 8-year-old Single Grain, and soon to be replaced by a rebranded non-age statement variant, Kilbeggan Single Grain. Below are two other fine examples of grain whiskeys, and a grain-driven blend.    - " Grain whiskeys are usually made from grains other than malted barley although in Ireland they must, by regulation, contain an element of malted barley" -     Method and Madness Single Grain This is one of the most recent releases from Irish Distillers and is a non-chill filtered whiskey bottled at 46% ABV, matured in ex-bourbon barrels and unusually is finished in virgin Spanish oak. The tasting notes on the bottle call out notes such as ‘fresh rain on pine’, and ‘pencil shavings’, and acknowledge the spice of clove and cinnamon which I find linger on the finish. This is spicy and warm single grain and whets the appetite for the potential releases that could come under the brand.   Teeling Single Grain Another fine example is Teeling Single Grain. It is made from a mash bill of 95% corn and 5% malt. Floral sweetness reigns over the nose, while a hint of candied brown sugar comes through on the palate, with drying tannins adding to the complexity. This whiskey is matured exclusively in ex-cabernet sauvignon casks from an unnamed Californian winery for a minimum of six years, contributing flavours of cranberry, strawberry and spice from the French oak.   Jameson Black Barrel This is not a single grain whiskey but a blend of grain and pot still components. The grain whiskey enhances and enriches the flavours from the pot still, while the small-batch grain component adds sweeter notes. Naturally, with Black Barrel the double charring of the ex-bourbon casks adds to the complexity of flavour, but the sweetness of the grain cannot be missed. On the nose, there are rich exotic fruits such as mango and papaya, while on the palate the creaminess of butterscotch and toffee combine with subtle spice and sweet wood.       Miren Somers holds a BA in Drama and Theatre Studies from Trinity College Dublin and an MSC in Business Management from UCD Smurfit t Business School. She has worked in the drinks industry for the past eighteen months and is fascinated by the history and craft of Irish whiskey. Miren is a committee member of the Irish Whiskey Society.
Subscribe to unlock this premium content. Existing subscribers log in