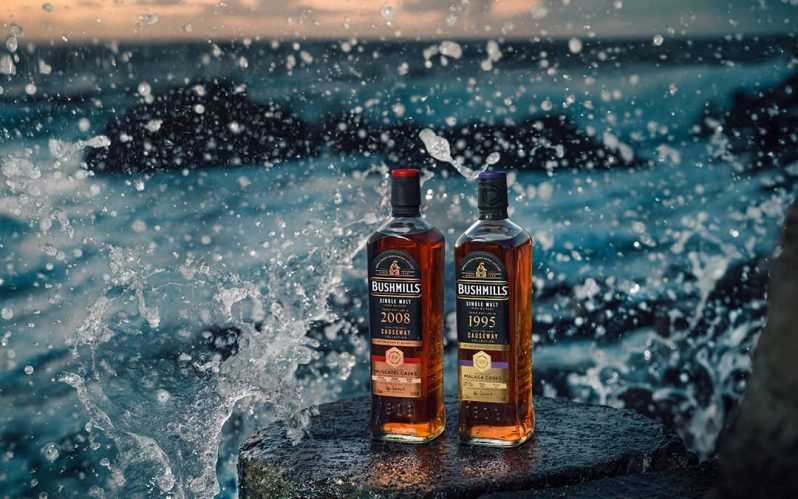 Bushmills have always been true to their core range. They have produced excellent Irish whiskey and the finest single malts, loved and respected throughout the world. And yet this giant with so much history and such a powerful brand seemed, at least in recent years, to be in a deep sleep. Irish whiskey lovers have been crying out for more. Their report card read ‘great performance, could do better!’

We’ve seen rumblings lately, with The Steamship Collection being perhaps the first signs.

This evening Bushmills showed they’ve not been sleeping, they’ve been merely resting. The Causeway Collection represents a return to premium Single Malt Irish whiskey with a bold statement, one that is as  bold and intense as their spirit, with a complexity and subtlety that defies their cask strength spirit.

The emotion and pride with which Helen Mulholland (Master Blender) and the team presented these new releases was as palpable as the whiskeys we tasted.

Bushmills Irish Whiskey has announced the release of The Causeway Collection across selected global markets, a new series of extremely rare and unique cask finished single malt whiskeys from The Old Bushmills Distillery – the world’s oldest licensed whiskey distillery. Leading the highly anticipated lineup are two cask strength releases that will be exclusively available for the island of Ireland – the 2008 Muscatel Cask and the 1995 Malaga Cask.

A stone’s throw from the distillery, The Giant’s Causeway has been a source of inspiration to Bushmills’ master distillers for centuries. Its extraordinary hexagonal columns, each unique but perfectly locked together, form a series of steps, mirroring the successive steps of triple wood maturation used in this new Collection.

The two exclusive Irish releases are the first cask strength Irish single malt whiskeys to be introduced by The Old Bushmills Distillery in over 15 years.

The 2008 Muscatel Cask, first aged for eight years in oloroso sherry butts and bourbon barrels, is then matured in rare muscatel casks for a further four years. Permeated with wine made from the aromatic muscat grape, the muscatel cask imparts deep waves of flavour with luscious ripe fruit notes and a smooth sweetness.

The 1995 Malaga Cask is a rare single malt, aged quietly for over 10 years in oloroso sherry butts and bourbon barrels before further maturation for an extraordinary 14 years in Malaga casks. After almost 25 years resting in oak, the triple wood maturation bestows notes of sweet spiced plum, toasted vanilla and pinches of coffee grounds on this golden spirit. 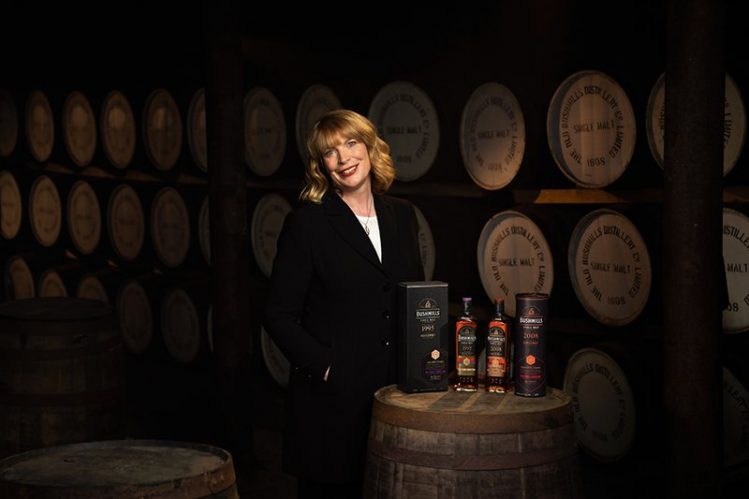 “This launch represents a bold new step for Bushmills, one that not only honours the giants and generations before us but also the incomparable natural landscape in which it’s forged. We are excited to reintroduce cask strength Bushmills single malt whiskeys to our loyal fans across the island of Ireland. With these two new exclusive releases, we celebrate our passion for single malt, showcase our rare and unique casks, and honour our 400-year north coast provenance.” 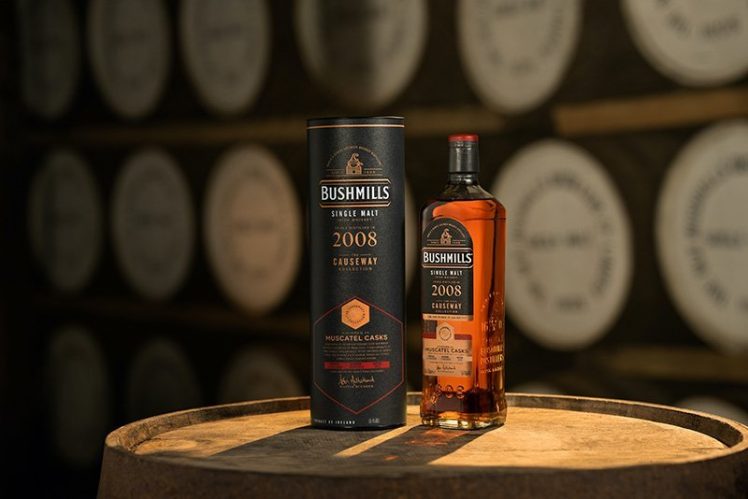 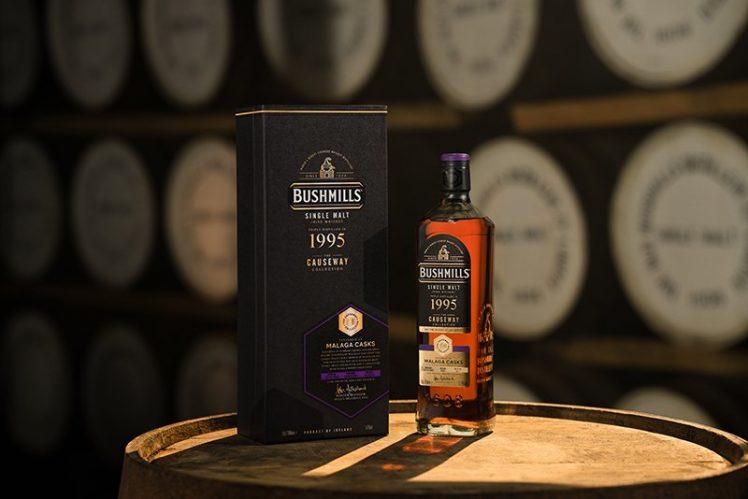