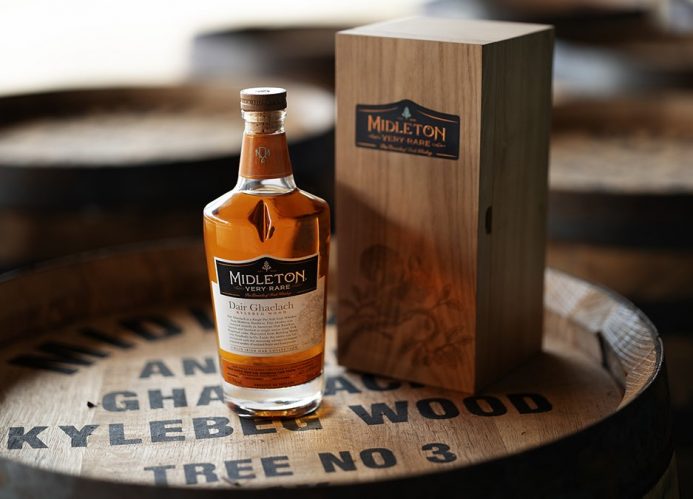 Irish Distillers introduces the fourth release in the Midleton Very Rare Dair Ghaelach collection, a remarkable addition that can arguably boast the series’ most significant support of the conservation of oak woodlands yet, as well as adding another important chapter for the pinnacle of Irish whiskey.

For the fourth instalment of the Dair Ghaelach series, which translates simply as ‘Irish oak’, Midleton’s Masters worked with the guardians of Kylebeg Wood on the Ballykilcavan Estate near Stradbally, Co. Laois, to carefully select the seven trees that would be used to create the finest virgin Irish oak hogsheads in which to mature some of their most exquisite whiskeys.

Further reinforcing Midleton’s provenance and standing as a true taste of Ireland, the result is a liquid imbued with the unique fingerprint of Kylebeg Wood and a spellbinding new take on the Dair Ghaelach series.

“With each bottling traceable to a single tree, Midleton Very Rare Kylebeg Wood offers a range of seven whiskeys bottled at cask strengths ranging from 55.4%-56.1% ABV, all with the hallmark inspiration of fragrant woodland spices and a heightened intensity of rich wood tannins that allow the influence of the Irish oak to linger on the palate until the very end,”

“Irish Distillers’ partnership with Kylebeg Wood is the ultimate example of how we are collaborating with Ireland’s forestry custodians to marry sustainable Irish oak with the highest standards in forestry practice and conservation, with some of the finest craftsmanship to be found anywhere in the world of whiskey,” explains O’Gorman, who has been at the forefront of the Dair Ghaelach programme since its inception more than a decade ago.

“Once harvested from Kylebeg Wood, the resulting oak logs were separately packed and shipped to the Spanish region of Galicia and the Maderbar Sawmills in Barralla where, for more than fifty years, the same family has been working with wood. Here the oak was cut, using the time-honoured craft of quarter sawing before the resulting stave wood made the ten-hour journey from the sawmills to the Antonio Paez Lobato cooperage in Jerez, where they were laid out to dry naturally in the warmth of the Spanish sun.

“It took fifteen more months before these oak staves were ready to create 42 of the most special casks to be found anywhere in the world, each was then given a light toast to my own specifications before returning from Spain to be filled with a specially selected range of our finest Single Pot Still whiskeys, previously matured in American oak barrels for between thirteen to twenty-five years.”

Nosed and tasted every month for a further fifteen months, O’Gorman, Master Blender Billy Leighton, and Blender David McCabe kept a vigilant watch on the barrels before the resulting liquid was deemed to have struck a perfect balance with Midleton’s hallmark Single Pot Still character.

“The first Single Pot Still Irish whiskey to be matured in Irish oak from County Laois, Midleton Very Rare Kylebeg Wood is as individual as it is irresistible, and a whiskey that is as satisfyingly Irish as it is undeniably elegant.”

Part of a carefully curated felling programme, the space created through the felling of the trees used to create Midleton Very Rare Kylebeg Wood hogsheads has allowed light to once again meet the forest floor. Now a new generation of saplings, planted following the felling, rise to take their place in the canopy above. This method of forest management, that is practiced in Kylebeg Wood has contributed to the reappearance of the pine marten to the Laois countryside. This in turn has impacted the alien grey squirrel and helped the native red squirrel, which had practically vanished from the local area.

“Situated amidst rolling fields of barley, the native Irish woodland on the Ballykilcavan Estate has been managed carefully and in tune with nature by the Walsh-Kemmis family for thirteen generations since 1639,”

explains Paddy Purser, forest manager and consultant, who worked closely with the Midleton team on the project.

“Kylebeg Wood – or ‘An Choill Bheag’ in the Irish language – translates as ‘the little wood’, and it was in this little wood that native Irish oak was planted in 1820 to replace trees that were felled for shipbuilding during the Napoleonic Wars.

“Today, through an Irish Distillers sponsored monitoring system we use a ‘close to nature’ forest management system in line with international best practice (as assessed using the AFI Protocol*) ensuring sustainable management of our majestic Irish oak.” 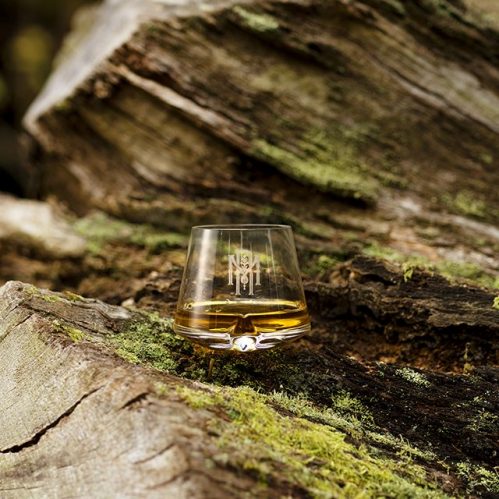 Nose
Fragrant woodland spices with notes of cinnamon and nutmeg to the fore accompanied by aromatic oils and dried, earthy undertones. The classic pot still spices build over time working in tandem with delicate hints of nectarine to create a zesty fruit note with light dustings of white pepper. Additional aromas of dairy fudge and vanilla with a rich nutty character further accentuate the sweet and savoury nature of this wonderfully complex whiskey.

Taste
Fortified by the Irish Oak, the pot still spices lead with a heightened intensity thanks to the rich wood tannins before subsiding to reveal velvety tones of caramel with sweet stewed apple and touches of orange peel. Dark chocolate with subtle notes of honeycomb and vanilla weave amongst the spices, fruits and oak adding further complexity and intrigue.

Finish
Delightfully long finish with the fruits and spices slowly fading, allowing the Irish Oak to linger until the very end.