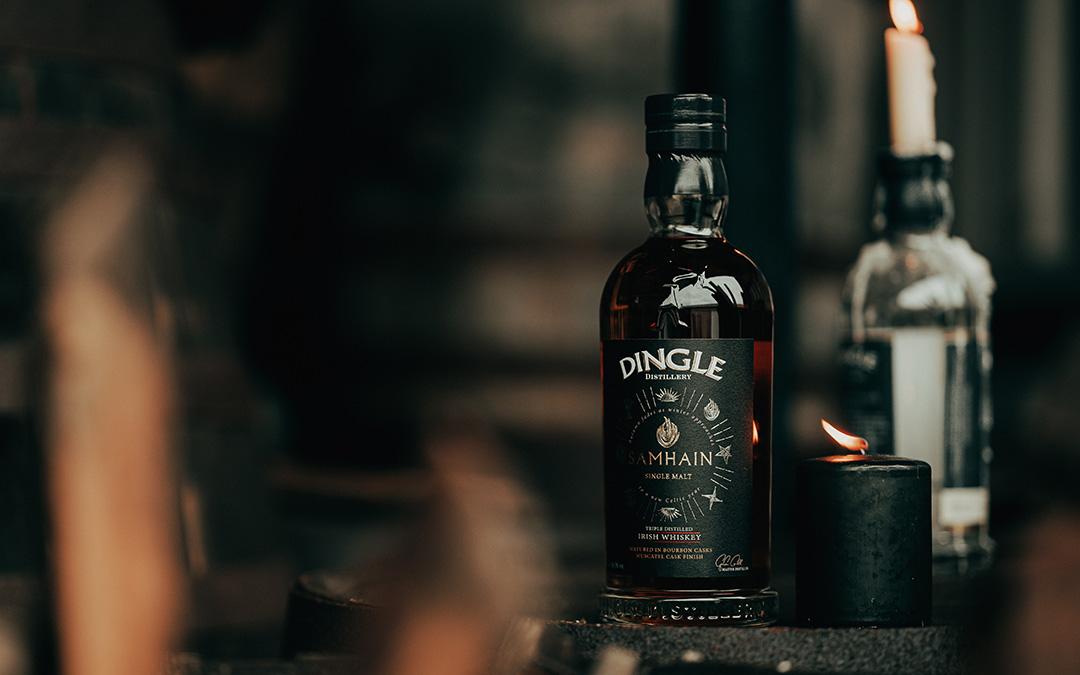 Dingle Distillery is proud to announce Dingle Samhain Single Malt Whiskey, the first release in a brand-new series of limited-edition whiskeys in their Wheel of the Year series. Distilled, matured, and bottled at the Dingle Distillery, this latest release from Dingle will be available to order on October 31st 2022.

Marking the beginning of winter and the Celtic new year, Samhain coincides with the first release from Dingle Distillery’s new Wheel of The Year series. The Dingle Samhain Single Malt Whiskey has matured in first fill bourbon casks before a long finish (2 years) in first fill Muscatel casks and bottled at 50.5% ABV. With 10,000 bottles set to be released, Irish whiskey lovers will be in for a treat with a highly coveted limited amount due to be available within the Irish market.

“We are excited to reveal the Dingle Samhain Single Malt Whiskey, inspired by the ancient Irish celebration of Samhain. Celebrated in Ireland for over 2000 years as well as annually in Dingle and across the land, this release distils a core part of our heritage. This is the first whiskey in our new Wheel of The Year series and is steeped in the traditions of times past that we intend to honour and pay tribute to. We are proud to introduce this latest edition to our Dingle family and believe this limited-edition is one that whiskey lovers and collectors won’t want to miss.”

The Celtic Wheel of the Year is divided into eight periods, likewise the new Wheel of The Year series is set to launch eight editions, following the rhythm of the seasons, equinoxes, and solstices. Samhain is one of the four main seasonal fire festivals, named after the belief in the cleansing powers of fire. Traditionally, after sunset, Samhain commenced with towering bonfires set ablaze in pairs and livestock were driven between them, believing that the smoke possessed cleansing powers. In ancient Ireland, farming was the epicentre of people’s lives and hugely dependent on the seasons, thus the turn of each season was celebrated with great reverence – and still is to this day. Dingle Distillery carefully selects the finest malt and barley for its whiskey and truly understands the value of a rich and bountiful harvest.