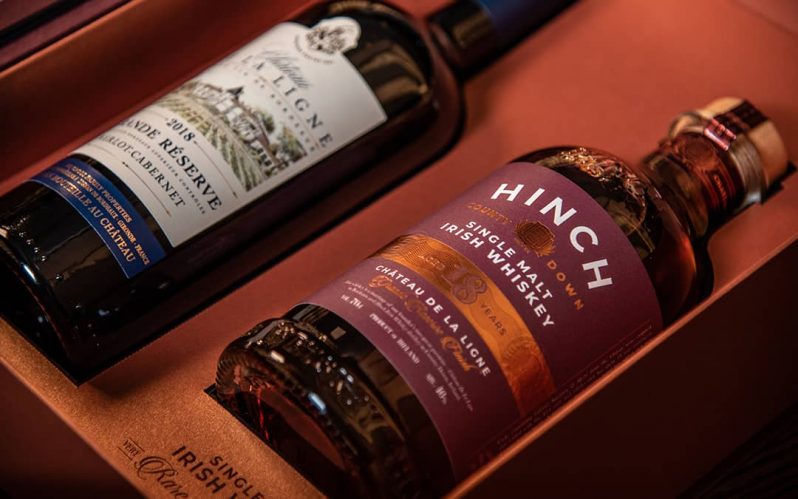 Hinch Distillery, which launched this autumn, has produced just 650 bottles of a distinctive Irish whiskey expression. Hinch Distillery, Ireland’s newest premium distillery producing whiskey and gin in an age-old setting, is celebrating its opening with the production of a very limited-edition Single Malt Irish whiskey.

Dr Cross, who also owns Château de La Ligne, a vineyard in Bordeaux, will produce this very exclusive whiskey by finishing the single malt in casks previously containing Cabernet Sauvignon and Merlot used in its finest wine, the Grande Reserve.

These casks have been emptied and refilled with fine Irish Single Malt whiskey that has spent 18 years maturing in Kentucky bourbon barrels. A further six-month finishing period in these casks has added rich new flavours of summer berries, sultanas and dark chocolate with a long and smooth finish.

This very rare release sees the production of just 650 bottles presented in a beautiful gift box, also containing a 750ml bottle of the Château de La Ligne Grande Reserve which has played such a significant role in the final whiskey. 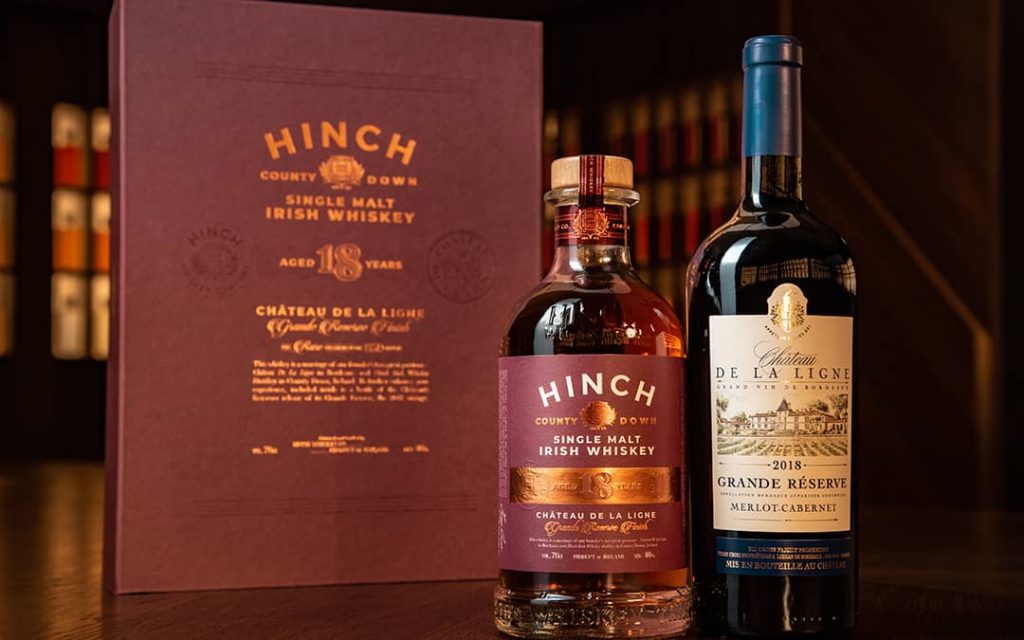 Speaking about the unique opportunity to own part of the collection, Head Distiller at Hinch Distillery, Aaron Flaherty said:

“Hinch whiskeys are inspired by the distilling traditions and skills exchanged over the centuries during the ebb and flow of Gaelic peoples across the Irish Sea. Informed by the past but looking to the future we create Irish whiskeys that are smooth yet distinctively richer and bolder in character and this exclusive Château de La Ligne influenced offering will present a deep and luscious ruby red appearance that is equally as bold in taste.

“Owners of this revered whiskey will detect scents of red summer berries, plum and apple with a delicate touch of red liquorice.

“The taste is bold, with the palate absorbing a toffee, caramel and dark cocoa undertone elevated by a backbone of sweet vanillins and freshly toasted oak. Nuanced touches of red apple, plum and summer berries clearly represent the influences of the wine finish. On the palate this whiskey delivers a multitude of differing layers of flavour all of which are individually both sumptuous and extremely moreish.

“The 18 years of initial ageing adds huge depth to the overall flavour profile of this superb whiskey. The chorus of influences brought to bear from its finishing in Château de La Ligne Grande Reserve casks elevates the already superb into becoming the absolutely sublime.”

The launch of the exclusive whiskey follows on from Hinch Distillery’s recent opening, which saw the ribbon cut on not just the distillery but a new visitor destination for both domestic and incoming tourism, which will fully launch when current social restrictions are lifted.

The distillery is set on the 161-year-old Killaney Estate, which lies between Belfast and Ballynahinch and represents a £15M investment from Dr Terry Cross OBE.