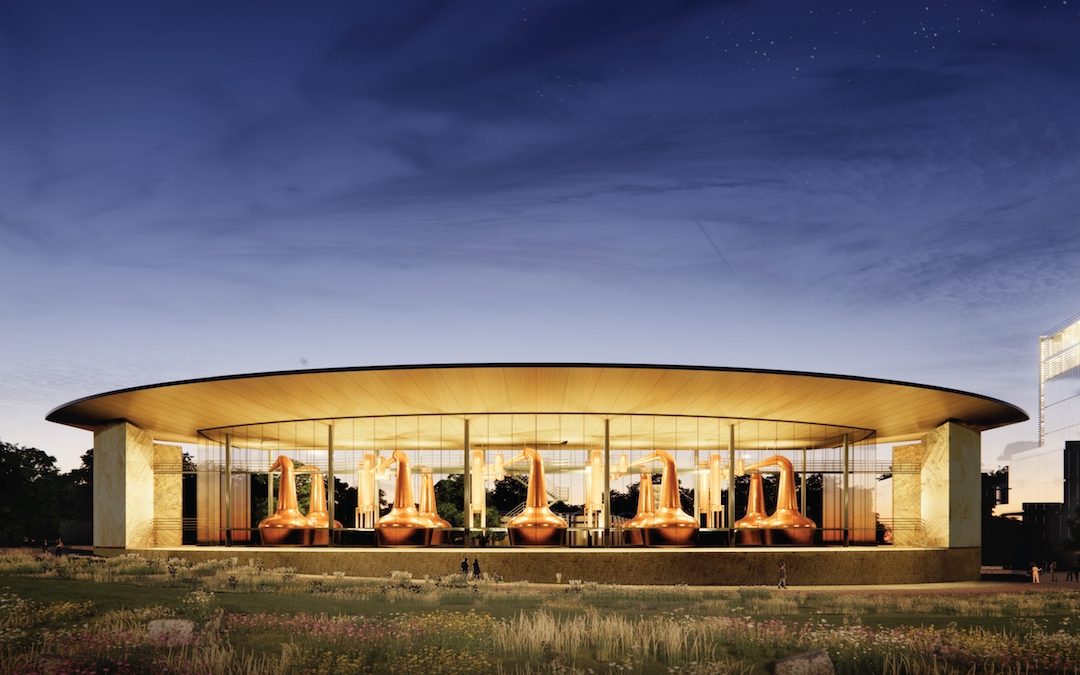 Irish Distillers, producer of some of the world’s most well-known and successful Irish whiskeys, has today announced it will invest 250 million euro to build a new distillery in Midleton Co. Cork in order to meet demand and ensure the necessary future production capacity for its portfolio of Irish whiskeys globally.

The distillery will produce some of the world’s most well-known and successful Irish whiskeys, including Jameson, Powers, Redbreast, Midleton Very Rare, the Spot family and Method and Madness. The new distillery will be situated on a 55-acre site adjacent and connected to the world-famous Midleton Distillery.

Subject to a successful planning application and meeting all licensing requirements, the new distillery will distil pot still and grain whiskey with grain intake, brewing, fermentation, and distillation facilities incorporated into the new 55-acre site.

The new distillery is expected to generate up to 100 highly skilled new jobs for the region over time once the distillery is operational in 2025, and circa 800 jobs during the construction phase.

The new site will also incorporate various environmental projects which will be developed in order to enhance biodiversity and protect local wildlife. An expanded distilling capacity is expected to increase Midleton Distillery’s requirement for barley and malted barley by up to 50%, which the company intends to source from Irish farmers.

The Irish Distillers project team is partnering with engineering and architecture consultancy firm Arup on the initial design and with Harry Walsh Associates on the planning application. Irish Distillers is engaging with all relevant stakeholders and consulting with community groups in the locality as part of the pre-planning process.

A planning application is expected to be submitted to Cork County Council towards the end of 2022 and, if successful, construction will commence in 2023 with plans for the distillery to be operational in 2025. 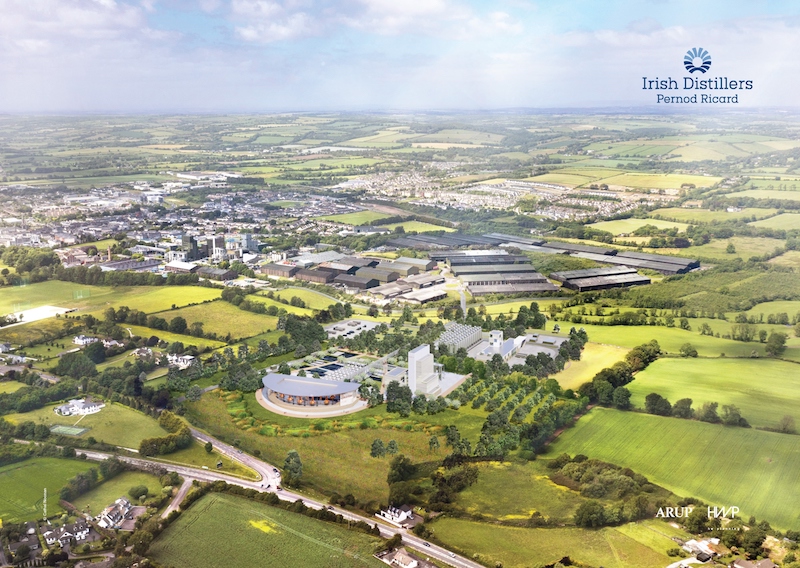 “The continued success of the Irish whiskey industry is something that we can be incredibly proud of as a nation. Irish Distillers has played an integral role in the development of the industry. Whiskey has been distilled in Midleton for nearly 200 years, and the €250 million investment will deliver hundreds of more jobs into the future, both during construction and once the distillery is operational. Today’s announcement is an extremely positive development for Midleton and the wider region, and will further solidify Midleton’s reputation as the home of Irish whiskey.”

“At Irish Distillers we are always planning for the future growth of Irish whiskey and today is a momentous day for Irish Distillers and the team at Midleton Distillery as we announce a €250 million investment plan to deliver a new, state of the art distillery in Midleton, Co. Cork which will be a carbon neutral operation. We are immensely proud of the continued strong performance of our full portfolio of Irish whiskeys, led by Jameson which sold over 10 million cases in our 2022 financial year. The new distillery will be a beautiful, landmark development with sustainability at its core and will serve to further demonstrate our commitment to Midleton and East Cork, generating more jobs for the region and further driving recognition of Midleton Distillery as the beating heart of Irish whiskey.”

“Whiskey has been distilled in Midleton for almost 200 years and as such it has always been our desire to secure the future of distilling in East Cork. Today, we are delighted to announce plans for a new distillery connected to the famed Midleton Distillery. We are incredibly proud of Midleton’s well-earned reputation as the home of some of the world’s most loved Irish whiskeys, and today’s announcement – along with the ongoing €13 million redevelopment of our visitor experience – will cement Midleton’s reputation as a world-renowned whisk(e)y destination. Through the delivery of this distillery, we also plan to play our part in supporting Ireland’s decarbonising strategy while also aligning with Pernod Ricard’s commitment to follow a Net Zero trajectory by 2050.”

“Midleton is synonymous with whiskey, and is globally renowned for its products.  Enterprise Ireland is delighted to work with Irish Distillers, and we warmly welcome their announcement today about their ambitious new €250m investment plan which will deliver a new distillery that will be a carbon neutral operation.  This planned investment will also have an important impact on the local community, by creating up to 100 new jobs in East Cork, as well as hundreds more during the construction phase.  It also demonstrates Irish Distillers continued long-term commitment to Ireland and their sustainability ambitions.”