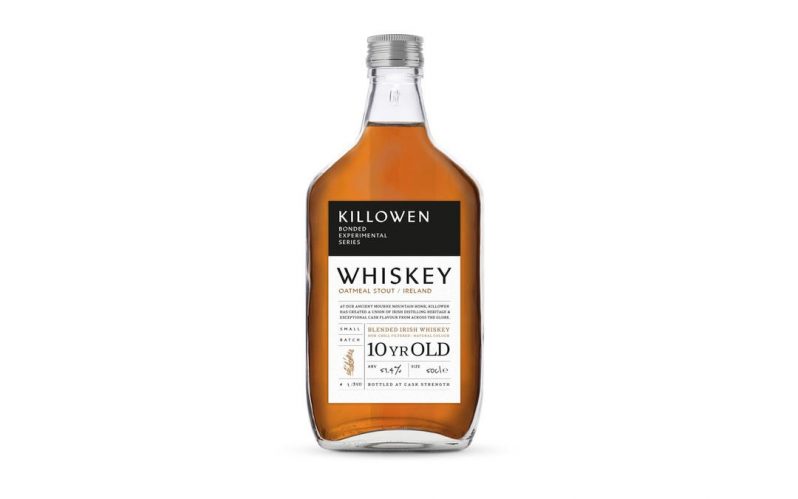 Before stout, the cask previously held whiskey from a Dublin Distillery and prior to that, an American Bourbon. Fresh Vanilla was not a flavour profile they were expecting, rather, they had anticipated flavours associated with older wood.

Working with such a cask, saw them receiving the highest angels share from any of their releases to date. Their cask strengths normally sit around the 55-57% mark but this one finished at 51.4%. At one stage they felt this whiskey had become over-powered and so they left it inside for longer, eventually the overall flavour became more rounded and balanced. In the end, it spent 1 year in this cask.

6th part of the series:

Killowen Distillery have continued on with their Sharpie Culture as a protest to certain contested rules, restricting consumer transparency, they will continue to scribble some information out rather than remove it from their labels.

Killowen hopes to be an exemplar for industry progression, these integrity bottlings have quality, spirit and transparency as core values. They believe the packaging of a bottle should provide the consumer with all details regarding sourcing, blend ratio and finish.

The fact that it is not Killowen distilled spirit but rather, as the names suggest, a blended/ bonded spirit – is clearly set out. Providing the consumer with all this information allows a deeper understanding of the whiskey while tasting.

This whiskey is the sixth in a set of different whiskeys that will be released over a two-year period. The creators have advised the whiskey can be slightly diluted to suit the consumer. With this cask, you are unlikely to find any chunks of char in your bottle, but instead, a small amount of sediment or tiny char particles are visible all of which add to the flavour. Finishing only 350 no. 50cl bottles at cask strength 56%, this imperial oatmeal stout cask was specifically chosen for its freshness and vibrancy, creating a unique small-batch spirit with a full-bodied experience as follows:

Nose: Toffee apples and coffee on the stove, vanilla, honeysuckle, dark chocolate & nutmeg alongside coconut after a while.

Taste: Home baking rice crispy buns while overdoing the chocolate. A warming note of that well-brewed coffee served with those buns sprinkled with cocoa powder, all this balanced by a refreshing hint of lemon and orange peel toward the end.

Finish: After all that morish dark chocolate and coffee the spirit provides a refreshing hint of orange & lemon zest refreshes the palate like a rock shandy on a hot day. The wood spice lingers on with white pepper and slight coriander for a long finish.