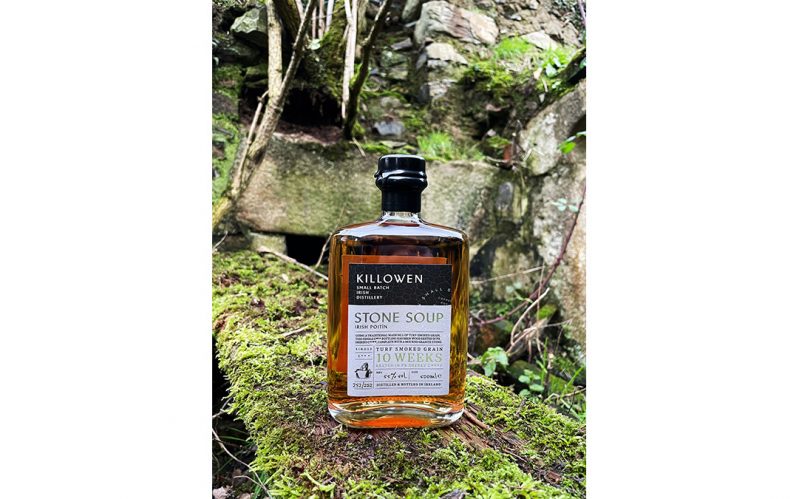 For those of us not used to quality Poitín, this is how Killowen thinks it should be. Don’t think of it as a Whiskey, but instead, a small batch premium spirit category that has been legislated into a ghetto since 1661 and again in 1997.

This Poitín proudly celebrates contemporary Irish distillation as well as ancient methods – with it’s mash bill of 14 bags really standing to the fore.

As a native spirit, the Poitín technical file is more in need of reform than Whiskey (it’s younger sibling). The current file has been imagined by a Whiskey lobby which unfortunately recognises the potential of Poitín as much as we do. If we consider the relationship Mescal has with Tequila, it’s a suitable analogy. The booming success of Mescal internationally has created a huge vibrant international economy for the Mexican people. All of this has occurred while Mexico has been governed by one slightly less competent government than Ireland’s two today.

Why then has Poitín not yet exploded to its’ rightful place of international fame? you can join the dots.

The story of Stone Soup is one fondly remembered from childhood, a story originating in eastern Europe that had seen recent changes to suit relative audiences. It is a story of sharing, but ultimately it tells us of two types of people, a powerful influential figure, removed from the reality of the world who suddenly finds he is unable to feed himself until a normal everyday person decides to make him a delicious bowl of soup using only a small stone. The same disassociation today between some and the reality of our native spirits has inspired this bottling.

To comply with legislation, this bottle of Poitín must be stored for a period not exceeding ten weeks and the labeling may not refer to casks, maturation, or aging on the label, presentation, marketing or packaging material.

As is with any creative profession, be it, for instance, architecture or distilling, an abundance in restrictions can help to bring forth the best creativity and this Poitín is certainly up there with the best.

Nose
It somehow smells sticky, with figs and dates, a little turf smoke and pine tree.