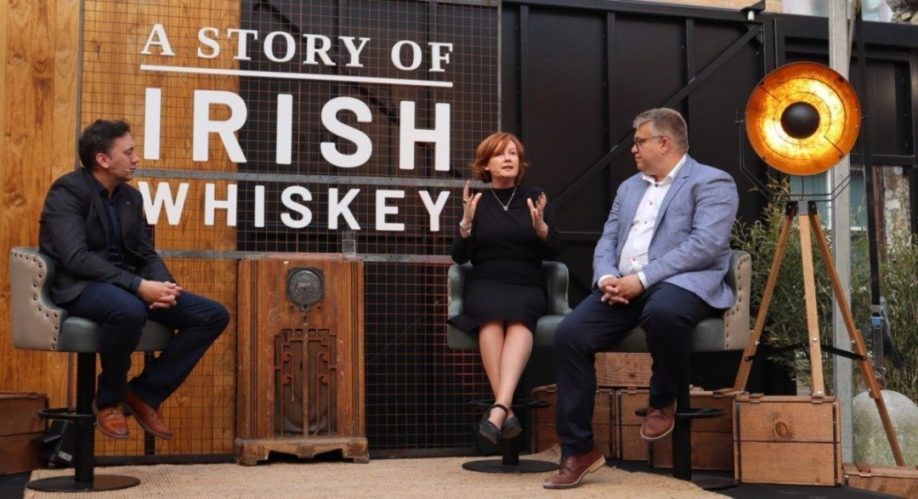 Irish Distillers announced the launch of its first podcast series, ‘A Story of Irish Whiskey’. Produced by Last Cast Media, the five-part series is a story of coming together, sharing, conquering markets and how three families, competitors for generations, united to save Irish whiskey from extinction.

‘A Story of Irish Whiskey’ begins with Irish whiskey on its knees, about to become extinct after 200 years, crippled by war, prohibition, and bootleggers. It then takes the listener on a journey through the never before heard tale of how Irish whiskey was brought back from the brink, beginning with that pivotal meeting of the Jameson, Powers and Murphy families in Tourin house in 1966, and detailing the highs and lows of business in the 20th and 21st centuries. Using a mix of interviews, archive recordings and dramatic recreation, the listener is welcomed into a story of community, hardship and the courage to succeed against all odds.

“At our core, we believe that Irish Distillers exists to bring people together, be that through the growth of the Irish whiskey category, the experiences we create at our brand homes in Dublin and Midleton, or the simple enjoyment of our portfolio of whiskeys around the world. From the moment three whiskey families came together in 1966, we have been working hard to sustain and grow an industry that is inextricably linked to our Irish heritage. Everything that we do is driven by a desire to see the continued growth of Irish whiskey on the world stage, and today Irish whiskey has more fans and made more connections than at any other point since the 19th century. We believe that now is the time to tell the story of Irish whiskey to an ever-growing audience and further promote the reputation of one of Ireland’s most iconic exports.”

The podcast features commentary from a variety of guests throughout including, Kristen, Tara and Andrea Jameson, Charles C O’Reilly, descended from John Power and Master Distiller Emeritus at Irish Distillers, Barry Crockett, to name a few – all of whom offer first-hand accounts of events that shaped the landscape of Irish whiskey as we know it.

“The renaissance that Irish whiskey is now enjoying is not only a testament to all those working in whiskey now but crucially to those that have gone before us and laid the foundations for growth. In our podcast ‘A Story of Irish Whiskey’, we tell their stories and honour their contribution to the moments that have shaped the course of history for the better. We are truly honoured to be able to tell the story of Irish whiskey through our podcast series,” McQuaid added. There has never been a more exciting time for an Irish whiskey, which is now the fastest-growing premium spirit globally, with sales of Irish whiskey now accounting for more than one-third of all Irish beverage exports. Jameson continues to spearhead the renaissance of the Irish whiskey category with the brand reaching its 29th year of consecutive growth in 2018, with 7.3 million cases sold in 2017/18, up from 500,000 cases during the mid-90s. The amount of whiskey distilleries in Ireland has grown from four in 2013 to more than 20 in six years.”