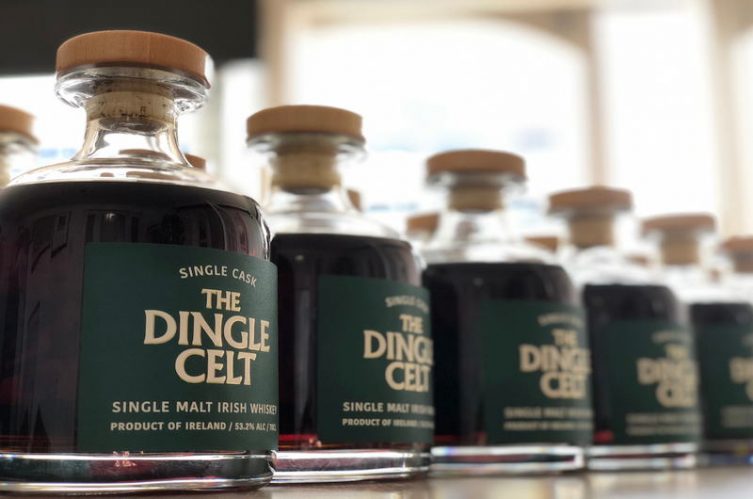 AUGUST 5TH will mark the launch of Celtic Whiskey’s latest brand ‘The Dingle Celt’ Irish whiskey. Following the success of their award-winning Celtic Cask Independent bottlings, the decision to release an ultra-exclusive Dingle whiskey was made earlier this year. The Dingle Celt is an extremely rare bottling from a single cask at The Dingle Whiskey Distillery, which has been triple distilled and fully aged in a 50-litre Caratelli Chestnut Cask that previously matured Vin Santo dessert wine from Altesino, one of the finest wineries in Tuscany. The single malt was distilled at the Dingle distillery on the 23rd May 2015 and bottled by Celtic Whiskey at cask strength on 6th December 2018, this whiskey is limited to 18 bottles.

Celtic Whiskey is renowned Irish whiskey independent bottlers that work closely with Irish whiskey distilleries to select only the finest Irish whiskeys for further ageing. Dealing directly with some of the world’s top wineries only the highest quality oak wine barrels are selected. The whiskeys are then carefully married in these wine casks, resulting in some truly unique releases.

Customers will have the opportunity to purchase one of fifteen bottles online at Celtic Whiskey Auction from Monday, August 5th to Monday, August 19th at 8 pm — the remaining three bottles will be available by the measure at the Celtic Whiskey Bar & Larder in Killarney, Co.Kerry. Celtic Whiskey Auction is an online auction platform, which launched in November last year for the buying and selling of collectable bottlings of predominantly Irish whiskey but also world whiskies, spirits, wine and accessories. At least €100 from each bottle will be donated to the Kerry Parents and Friends Association (KPFA) which supports families of people with intellectual disabilities by providing Residential and Day Services together with Respite and Home Support.

“We wanted to build on our previous success with the Celtic Cask bottlings and release an ultra-exclusive whiskey from one of the newer distilleries. We chose a cask from the Dingle Distillery as they have been very much behind the renaissance of Irish Whiskey (launching their first whiskey in November 2016) and despite its youth, the Dingle Celt is an outstanding bottling that shows great potential for future Dingle whiskey bottlings.”