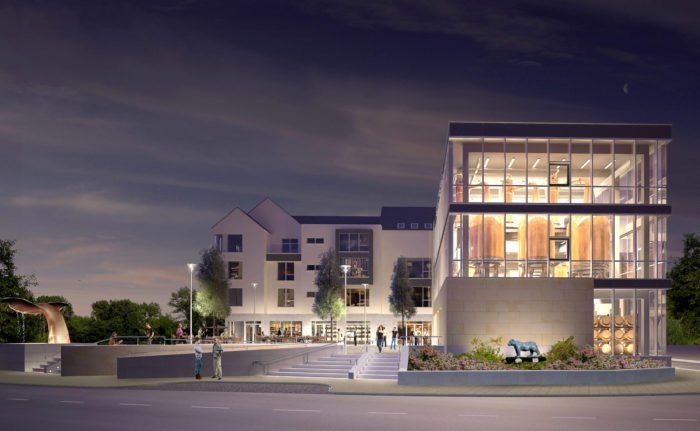 Clonakilty distillery is to be located in a high-profile building in the town of Clonakilty, Co Cork. The company was founded by Michael Scully who hails from Clonakilty, and Padraic Coll from Ennis Co. Clare. Michael is an eight-generation Farmer on the family farm, and it is here that Clonakilty Distillery has converted an old farm building, perched high on a cliff by the Atlantic Ocean, to act as a maturation warehouse.

This special location will help the whiskey to develop a unique and distinctive maritime character. The water used to cut the whiskey comes from a single well, deep within the sandstone and barite rock formations by the ocean’s edge. In addition, Clonakilty Distillery grows its own malting barley on the family farm. It will be interesting to see how the soil and the Atlantic Ocean will influence the barley and final whiskey flavour. Clonakilty Distillery has secured its premises with full planning permission and expects to start fit-out in December 2017, with an opening planned for summer 2018.

The distillery has been specifically designed to produce single pot still whiskey, with a mash conversion vessel incorporated prior to the lauter tun, in order to process the raw unmalted barley. The three copper pot stills, which are currently being manufactured in Italy, will range in size from 4,600 litres to 7,000 litres. While waiting for its own whiskey to mature, Clonakilty Distillery has sourced from third parties, some special casks of mature whiskey which it will finish at its own Atlantic Ocean warehouse.

These finishes include Port cask, sherry and virgin American oak. Clonakilty Single batch and Port cask finish whiskey have already been exported to Germany and America (NY and Florida). These will also be available in the local market for Christmas 2017. In Clonakilty, the project will focus very much on tourism, with a dedicated visitor centre, retail shop and restaurant expected to attract in excess of 50,000 visitors annually.