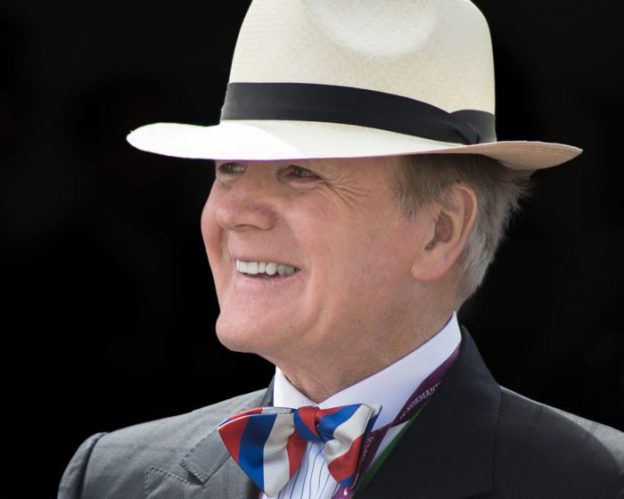 Dr Pearse Lyons, the Irish entrepreneur whose vision for improving global agriculture led to a multibillion-dollar international business, sadly passed away on March 8, 2018. He was 73. Born on Aug. 3, 1944, to Thomas Kevin and Margaret (née Dunne) Lyons and raised in Dundalk, County Louth, Ireland, he was one of six children. On his mother’s side, he came from five generations of coopers who supplied barrels to distilleries in Ireland, although both his parents were teetotallers.

Dr Lyons received a first-class honours bachelor’s degree from University College Dublin in Ireland. He continued into postgraduate study at the British School of Malting and Brewing in Birmingham, where he gained master’s and doctoral degrees in brewing science, the first Irishman to receive a formal degree in brewing and distilling from the university.

He interned at the Guinness and Harp Lager breweries and later worked as a biochemist for Irish Distillers, makers of Jameson whiskey. He was instrumental in designing the Midleton distillery for Jameson, an opportunity that he considered being a highlight of his early career. In the late 1970s, Dr Lyons emigrated to the United States and in 1980, he decided to “take control of his own destiny” and with an initial investment of $10,000 formed Alltech which built its success upon the application of yeast technologies to animal health and nutrition. In its first year, the company turned over $1 million dollars.

Today Alltech employs more than 5,000 people around the world company’s reach has also grown far beyond yeast-based additives for animal feed to include award-winning beers and spirits, a crop science business and even promising research into human health challenges, such as diabetes and Alzheimer’s disease. In 1999, when the former Lexington Brewing Company in downtown Lexington was closing its doors, Dr Lyons purchased it to resurrect the brewing and distilling tradition of Lexington that dates back to 1794.

The company name was changed to Alltech Lexington Brewing & Distilling Co. The company began bottling and selling its whiskey in October 2012. Town Branch Distillery was built across the street from the brewery – the first new distillery to be built in Lexington for more than 100 Dr Lyons continued to build upon his brewing and distilling passion – and his legacy – when in 2017 he and Deirdre realized their dream of opening an Irish Whiskey distillery in Dublin.

Their quest to find the perfect location led them to the long-abandoned St. James’ Church in The Liberties district of the city. The church had been built prior to the signing of the Magna Carta, and Dr. Lyons and Deirdre set about painstakingly restoring it. The creation of the new Pearse Lyons Distillery at St. James was made all the more meaningful by the fact that Dr. Lyons’ great-grandfather and several other relatives were buried in the churchyard. Dr. Lyons described the creation of the distillery as an “opportunity of a lifetime”. We are fortunate that in many ways he gave us something to look up to.Dr. Lyons is survived by his wife, Deirdre; daughter, Aoife; and son, Mark, and Mark’s wife, Holly.