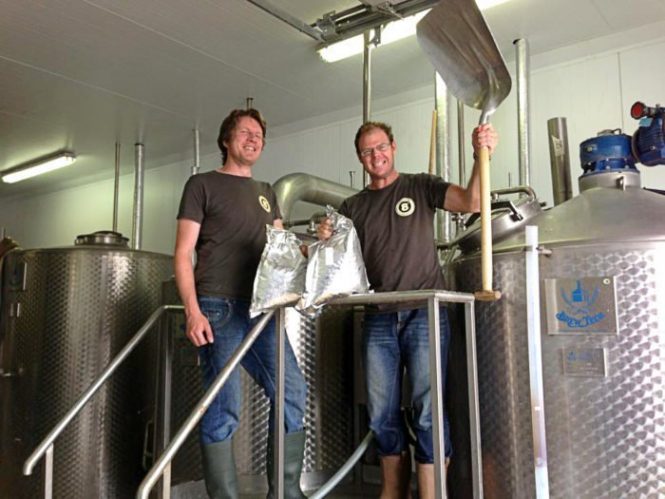 On May 11th, 2018, Irish Distiller announced that had acquired Eight Degrees Brewing. The size of the deal remains undisclosed but will see Eight Degrees Brewing providing a long-term beer supply to support the continued global growth of JamesonCaskmates. Earlier this year the IPA Edition of Jameson Caskmates was released.

“One of our most successful innovations has undoubtedly been the introduction of Jameson Caskmates. Following a successful pilot test in the Irish market in 2014, Jameson Caskmates has had exceptional success since its launch, selling almost 200,000 cases into more than 40 markets last year. With this success comes a need to plan for the future and that’s what led to this exciting deal with Cam and Scott in Eight Degrees Brewing. We’re looking forward to working with their team to continue to grow Jameson Caskmates on the world stage from Midleton and Mitchelstown.”

Eight Degrees was founded by Kiwi Scott Baigent and Aussie Cam Wallace in 2010. Located in Mitchelstown, County Cork is one of the country’s most successful craft beer producers. The company employs 10 staff whose position is to be maintained. Commenting on the deal, Scott Baigent and Cam Wallace, owners and founders of Eight Degrees Brewing said:

“We’re very excited about this deal with Irish Distillers. When we set up Eight Degrees Brewing in Mitchelstown in 2010 we wanted to brew naturally adventurous, great-tasting beers that were more exciting and innovative than anything else in the market. Becoming part of the Irish Distillers family means that we have the long-term capabilities to continue on this mission as well as being part of the very exciting Jameson Caskmates story. We’re looking forward to working with Tommy and the team in Midleton while continuing to create new and exciting beers for our customers.”