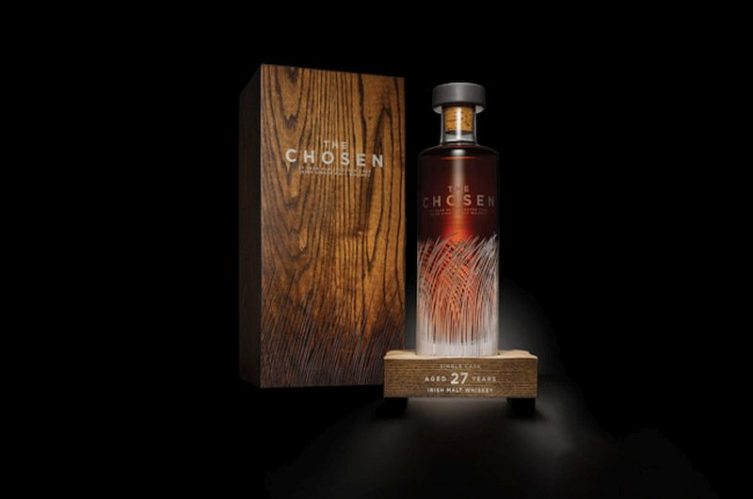 I’ve recently turned 50, if I wasn’t already a cynic, I am now. I’m not easily impressed by what some may call smoke and mirrors, big extravaganzas and bells and whistles. Not easily. And I know a lot of people will wonder how I can comment on this new release after what some may consider buttered up. I hope those that know me, know me better. I’ll be honest and say that a part of the new release of ‘The Chosen’ from @JJCorrywhiskey did not sit comfortably with me. The lovely liquid in lovely packaging, at six and a half big ones! I met Louise Mc Guane about three years ago. About the same time as we set up in fact. I know she won’t take offence by me saying that we haven’t exactly seen eye to eye on everything. In some sense it could be said I question her, in another I respect her. Louise is a maverick, a non-conformist. Whether I agree or disagree, that is irrelevant. I am somehow drawn to people like Louise. Rule breakers, Risk-takers and some may say Chancers. From day one there was this love-hate relationship. But enough about that for now.

Let’s look at this new release, #TheChosen from @JJCorryWhiskey.

The Whiskey, a 27-year-old single malt from a single cask, bottled at 52% ABV cask strength. In fact, this cask is one of the first few that Louise selected. I got to try it! So as truthful and as honest as I can be, and not to be swayed by price, packaging and exclusivity, this is a superb Irish whiskey. On the nose this is summer fruits, peach, red apples, raisins. On the palate, well I don’t know, it’s there, and there in droves, but it floats, it cushions my palate and makes me smile. The soft peaty smoke is there, it’s subtle yet reassuring and confident, without being boisterous and bold. It is sublime. And I am not a massive peated fan.

Would I buy it? NOT A CHANCE!

If I could buy it, would I buy it? I would like to say NO! But if I had it, hmmm…I’d be lying if I wouldn’t be severely tempted. And no I wouldn’t buy it, if I had it, not just for the whiskey. However saying that, if last night someone had asked me would I exchange one for a limb, I would have said take two, any two. No, not because of the cocktails or the attitude and thin air on the 7th floor. Let me explain why.

There are three components to this whiskey.

So, there you have it, three components. Anyone of which could stand on its own merit as a piece of art.

Anyone element being not correct would ruin everything! And they are all 100% correct. Correct not only in the standalone sense but also in the sense that the synergy between them is effortless, flawless. This is a seamless marriage of tradition and modern contemporary Irish design. It works, it just works! This is a credit to Louise who has started on this three years ago. And so to that thing, the Price! It’s €6.5k, to put it clearer, €6,500. The most expensive Irish release. Ever! And? So What? It comes down to this. It’s a fantastic product, it’s a limited edition. 100 pieces. It’s expensive is obvious, it’s what makes it more exclusive. It’s attention-grabbing, not attention-seeking though. For those who can, and there are quite a few, the number is almost irrelevant. It’s the exclusivity, the experience, the tactility that this offers. The ultra-premium sector is no longer the monopoly of Scotch and Japanese. That is why this release is important, this is what makes it exclusive beyond it being a limited edition

Irish Whiskey can and should not only play a part in the ultra-premium sector, but it also has all the ingredients to lead it. So ultimately, it’s of no significance what I think of ‘The Chosen’, there are many who won’t have time for it, there are others who will be captivated by it. The sales don’t lie. They’re all allocated. There is the market for this level of Irish Whiskey. We looked at the three components of The Chosen but there is a fourth. It’s a vital one. It’s the glue that brings the others all together, cohesively. It’s a vision, a dream and the tenacity to see it through. Louise has built a great team around her, she has created something disruptive and outrageous. Something challenging and naughty, yet remarkable. Above all, for that alone, I respect the significance of what Louise has done and this release, what it means to Chapelgate, Irish whiskey and whisky in general. Excuse the pun but Louise had the bottle to take the risk. Whether it’s worth it or not we will see.

Congratulations and Well done Louise and all at Chapelgate.