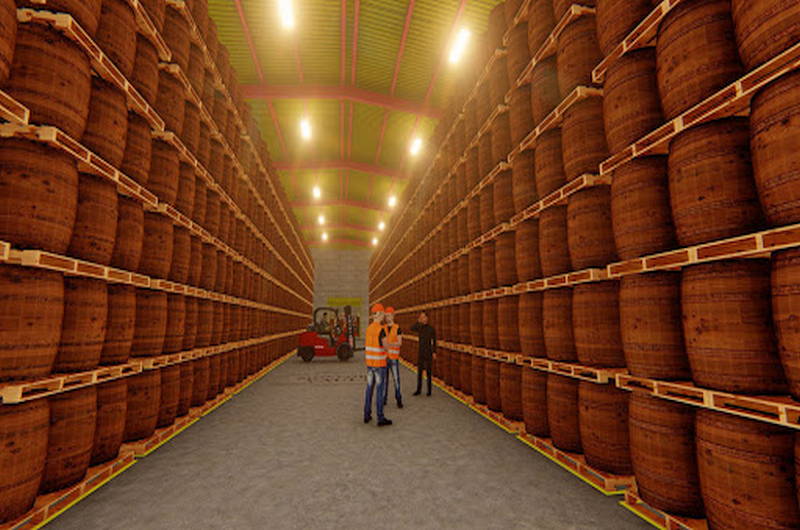 A very ambitious project was initiated some years ago by two Mullingar businessmen to satisfy the major shortfall of Whiskey Maturation facilities to cater to the ever-expanding growth of Irish Whiskey on the Island of Ireland.

”We identified this niche having worked with some of the leading producers over the past 20 years. As the industry expanded, a lot of emphases was given to the establishment of distilling and branding however with our experience dealing with such Fire Risks we identified that Whiskey Maturation was a necessity in the production process & was a very expensive and complex area for many producers. We conceived the idea nearly six years ago and are delighted that on Dec 17th 2018 we received a grant of permission from An Bord Pleanala after a very long and detailed planning application. We very much look forward in developing this project and excited to release some more details on our long-term plans in Q2 2019”.

Phase 1 will include enough Bonded storage for almost 200,000 Whiskey Casks and will also include a sophisticated Whiskey Filling Hall Building, De-gorging Hall, Cask Storage, Administration and Security Building. A very extensive Fire Protection Sprinkler System shall be installed to safeguard all site-based product & operations allowing for total Insurance cover for all product. The developers are very anxious to begin the development soon in 2019 and have very ambitious plans for future phases.
When fully developed the site is capable of holding over 1,000,000 Whiskey cask.

We look forward to the next chapter in this great story.