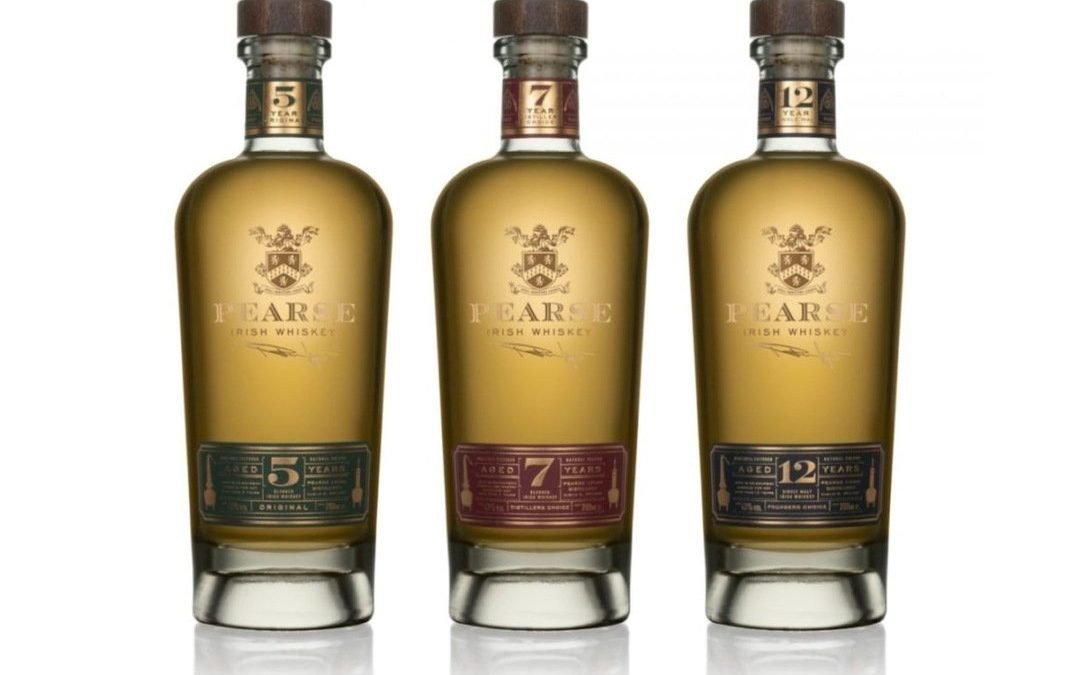 In 2018, the Pearse Lyons Distillery released its first limited edition Whiskey; Pearse five-year-old Single Malt Irish Whiskey. This was the first new five-year-old age statement Irish Whiskey to be produced from a new distillery in 25 years. Following on from the success of that, the team at Pearse Lyons Distillery decided to align the core range of whiskeys into that new luxurious packaging. A reflection of its home, the boutique distillery in the Church of St James.

Every detail of this brand has been carefully considered and designed, the bottle is screen printed with the founder, Pearse Lyons signature. This gives the product that personal touch. The label has itself been inspired by the Pearse Lyons Distillery, adopting images of the unique Irish whiskey pot stills.

There is also an age statement across the range. These age statements have been incorporated into the two blends, Pearse Original & Distiller’s Choice. Pearse Original is now a five-year-old and Distiller’s Choice is a seven-year-old. There has been an increase in ABV, moving up from 42% to 43%, as the distillers feel this is the ideal strength to emphasise the character of the whiskey. All their whiskey is as usual bottled at the natural colour and is non-chill filtered.