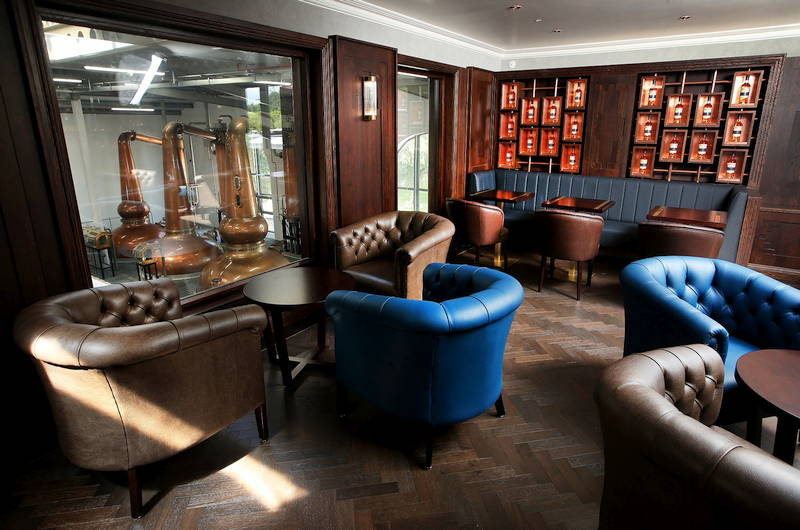 The Powerscourt Distillery officially launched on 5th December 2018, thus becoming the 22nd operational distillery on the island. The distillery is set upon the magnificent grounds of the Powerscourt Estate in Enniskerry, County Wicklow. The distillery’s three stills have been specially commissioned from Forsyths of Scotland and production capacity is just under 1m litres per year.

With over 30 years experience in the industry, Master Distiller, Noel Sweeny, is one of the industry’s most highly respected individuals and has received numerous awards for distilling and his contribution to Irish whiskey. He was instrumental in the founding of the Irish Whiskey Association and played an important role in developing the GI technical file for Irish whiskey. Noel said,

“The plant has been designed to be flexible and scalable. We can make a range of different single malt whiskies here and also pot still and can double production should we wish.”

Barley from the fields surrounding the estate will be used along with mineral water from the Powerscourt Estate well. Powerscourt Distillery has a cask programme available in which interested individuals can purchase one of the 397 200L casks. The distillery will work closely with the purchaser who will also have access to special events and priority access to special limited releases. The visitor centre is scheduled to open later in the year with the distillery estimating 30,000 visitors this year.