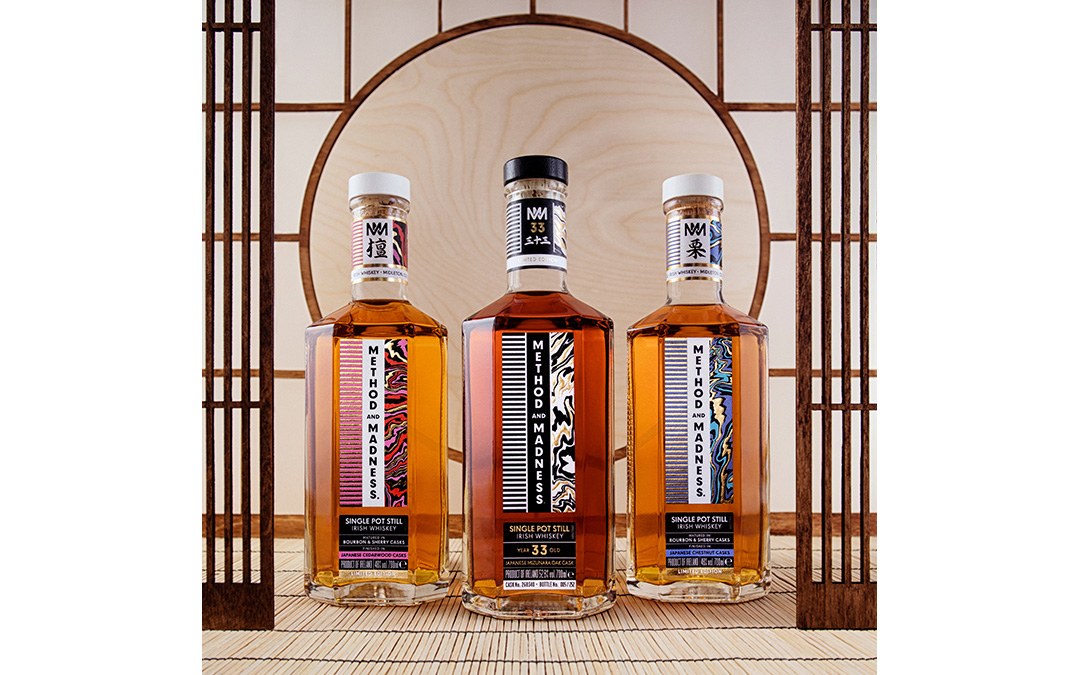 Irish Distillers has unveiled an exclusive collection of Single Pot Still whiskeys, each finished in rare Japanese casks as the Masters and Apprentices behind METHOD AND MADNESS continue to combine tradition with innovation for a world class taste experience. 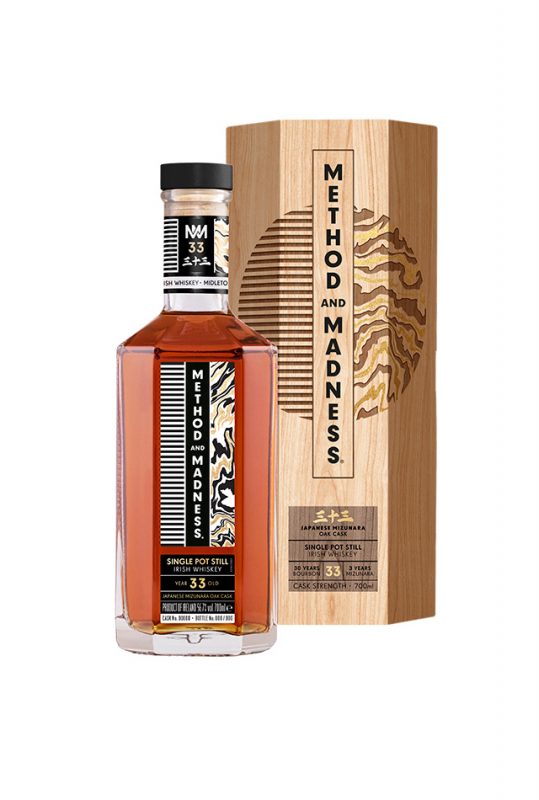 Sitting at the head of the collection, the 33-Year-Old Mizunara is the oldest Irish whiskey to be finished in the sought-after Japanese oak sourced from the Hokkaido region in Northern Japan, where the temperate rainforest creates the ideal growing conditions for the oak used for barrel production. The relatively high wood density and medium charring of the cask impart elevated flavours of nutmeg and vanilla to the single pot still distillate originally laid down for maturation in ex-bourbon barrels in 1988. The whiskey was then refilled into this exceptional Mizunara cask for a further three years, resulting in a perfect harmony of spicy pot still and perfumed oak.  Bottled at 52.8% ABV, just 252 bottles of METHOD AND MADNESS Single Pot Still Irish Whiskey Japanese Mizunara Oak Cask will be available globally at an RRP of €3,000 (700ml).

While the Mizunara Cask represents the generations of tradition and craftsmanship in which whiskey making and Japanese culture are steeped, the two younger expressions highlight the innovation and experimentation for which the distillery is renowned. Each of the single pot still distillates were first matured in bourbon and sherry barrels before a finishing period in Japanese Cedarwood Casks (ABV 48%) – a world first for the Irish whiskey category – and Japanese Chestnut Casks (ABV 48%), marking a new first for the industry.

Stunning packaging, designed by Swedish-Irish design team M&E, brings the influence of the different wood finishes to life on pack with a traditional black and gold label for the Mizunara and brightly coloured designs, inspired by the neon lights of Tokyo, for the Cedarwood and Chestnut releases. Elevating the trademark METHOD AND MADNESS marbling, the labels feature traditional Suminagashi designs – a Japanese marbling method dating back to the 12th Century. Each of the three expressions is also adorned with a unique kanji, or character, from traditional Japanese calligraphy describing the wood type and age of the liquids.

The Japanese Cedarwood expression is characterised by notes of eucalyptus and fresh botanicals, imparted by the exquisite cedar barrels traditionally favoured for Sake maturation.  The cedar logs are sourced from the Kyushu region in southern Japan, where the warm wet conditions create a particularly fragrant and porous wood giving the whiskey its unique flavour profile of herbal tea, caraway seeds and clove spice alongside a delicate fruit finish.

Sprung from the minds of Masters and Apprentices, METHOD AND MADNESS is a whiskey that pays heed to tradition while exploring the unordinary. As the team’s continued quest for the uncommon cask led them, this time, to Japan, they connected with the esteemed Ariake Sangyo cooperage in Miyazaki. Working alongside these expert coopers, the team was able to procure a selection of rare and precious casks and ship them back to the Micro Distillery at Midleton, Co. Cork, for the final finishing phases of these three exceptional whiskeys. 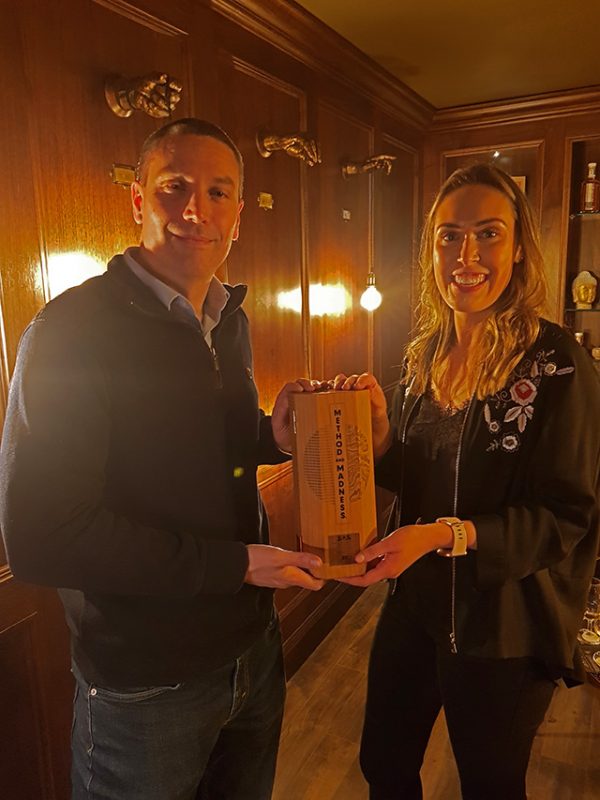 “Bringing these exceptional whiskeys to life has been a joyous journey of discovery, whilst working with each of the new wood types has continued to test and challenge our whiskey making skills.  Whilst we were confident we could apply tried and tested maturation methods for the Mizunara Oak Cask, the porosity of the Cedar and Chestnut wood – or Sugi and Kuri in Japanese – presented new challenges which required close observation to achieve the perfect balance of contribution.  It’s an honour to share this first-of-its-kind collection as we continue to push the boundaries of what’s possible in Irish whiskey making.”

“This truly exceptional trilogy represents not only our ambition and far-reaching partnerships with some of the world’s best cooperages, but three individual triumphs in skill and innovation – the ethos which continues to drive the METHOD AND MANDESS collection. It’s with great pride that we share this with the world.”