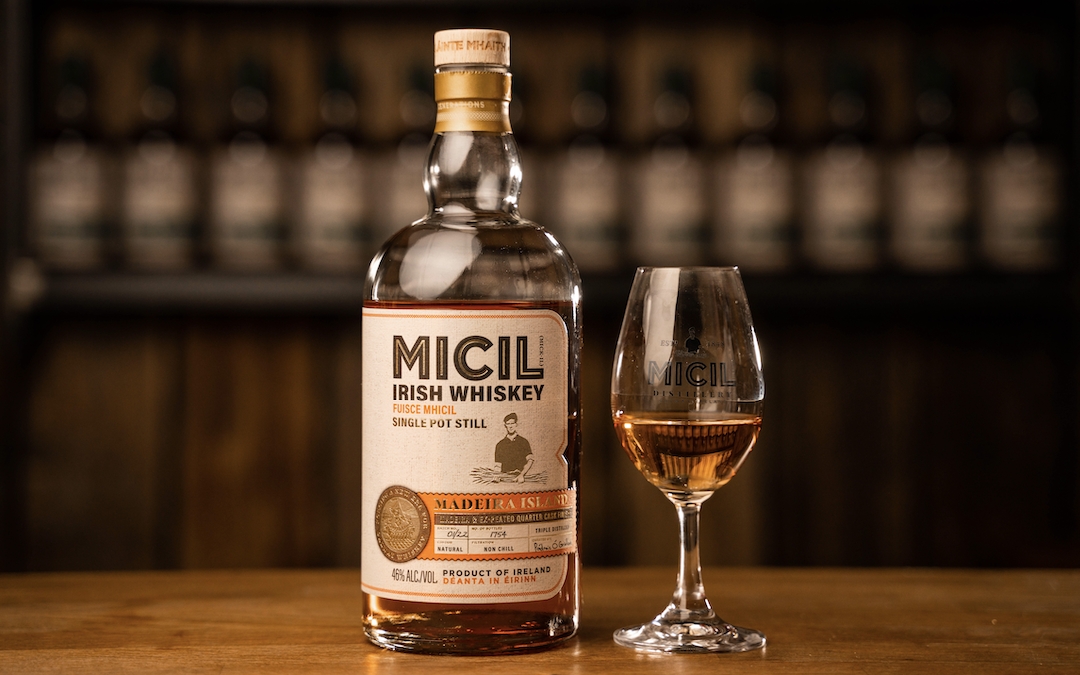 A rich, spicy Single Pot Still Irish Whiskey that has sweet, crisp, dark and stone fruit notes from a Madeira wine cask finish. Ex-peated quarter casks lend their distinct gentle turf smoke, evoking the sweet, subtle peat of the finest Connemara fuisce. Inspired by the Galway distilleries of the past and the city’s historical trade links with France, Spain and Portugal. 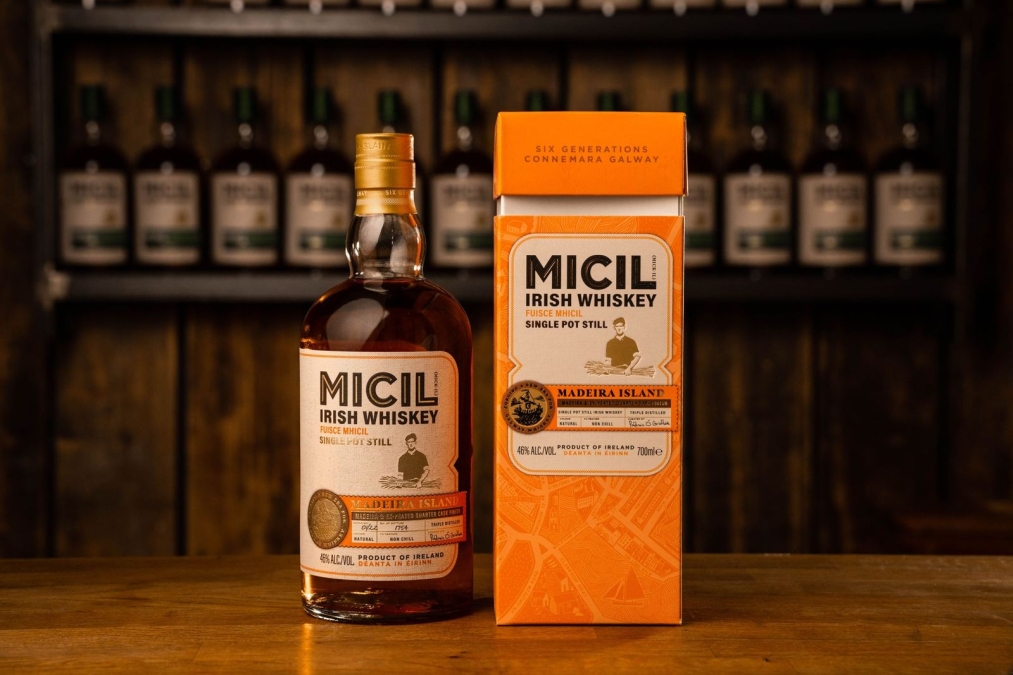 “After a year that has seen our team double in size, from 5 to 10 people, where we’ve won multiple awards, and increased our distribution tenfold, it’s great to be able to bring another new Irish Whiskey to the market to cap it off. We’re committed to bringing sourced, finished and independently bottled Single Pot Still whiskeys to the market that showcase new flavour profiles within the category and Micil Madeira Island does just that. With crisp candied citrus and underlying smoke, it’s a whiskey we’re tremendously proud of.”

“While our independent whiskey range grows, we’re still focused on creating amazing spirits in our distillery, with a number of distillery exclusive poitín releases complete due for release before Christmas and, with production ramping up to support continued growth for our Micil Gins & Micil Irish Cream ranges, we’re busier than ever. We’re particularly proud to see our Micil Connemara Irish Cream popping up in SuperValu stores across Ireland as we speak.”

Nose
Juicy apples with candied citrus peels and a hint of sweet peat. It’s lightly spiced with cinnamon, nutmeg and undertones of grapefruit, all balanced by vanilla and toffee sweetness and chocolate.

Micil Distillery products are available throughout Ireland and Europe through www.micildistillery.com, and  through O’Briens Wines, McCambridges of Galway, The Celtic Whiskey Shop, Online at IrishMalts.com and through a wide array of Independent Off-licences in Ireland. Micil Irish Cream is available Nationwide through SuperValu. #ShopLocal