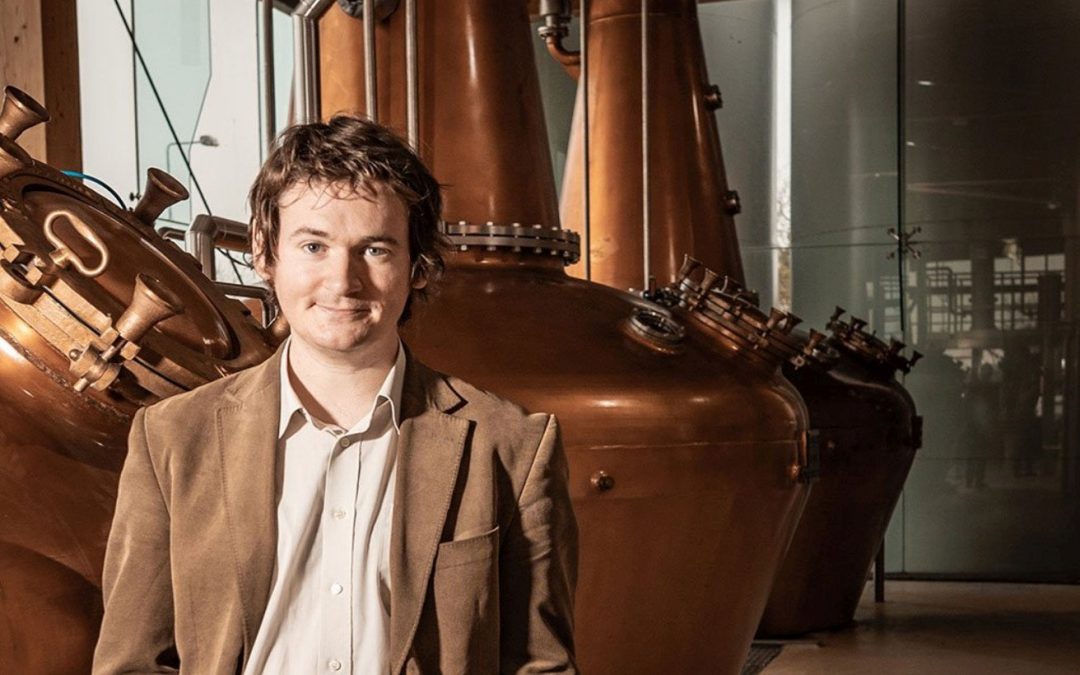 Boann Distillery has worked with a historian to bring back to life for the first time in almost a century, a collection of long-lost Irish whiskey recipes. The first casks have been produced, some made using ingredients – or mashbills – dating back to the 1800s.

The recipes were unearthed by leading whiskey historian Fionnán O’Connor during a thesis into the lost treasure trove. Fionnán is the author of the highly acclaimed publication ‘A Glass Apart’ and contributor to Irish Whiskey Magazine through his Seven Sips series.

Fionnán has worked closely alongside Boann Head Distiller Michael Walsh and his team to bring these recipes back from the brink.

“We’re talking to ghosts by distilling these mashbills again”

said the Dubliner, 32, who plans an industry-wide sensory analysis of the reborn spirits.

Co. Meath’s Boann Distillery, on the outskirts of Drogheda, took on the mammoth task of bringing the vintage mashbills back into circulation through its pot stills.

It re-introduces the art of creating whiskey using malted barley, barley, oats, wheat and rye, leading to a “tug-of-war” between flavours depending on the varying grain percentages used.

The spirit is transferred into 200lt-250lt Bourbon, Rum, NEOC (French red wine barrels) and Sherry casks, and matured for a minimum of five years in specialist warehousing.

“The mashbills chosen are creating a map, a language about how all these things might have worked.

“What was the reason for creating a mashbill, what was going through their heads when they were putting them together?“There’s a lot of things you can do to whiskey to influence the taste. The bulk of these mashbills haven’t been tasted in over 70 years and the earliest ones I’ve found come from the early 1800s.

It would be a shame if all that history and those flavours were lost. This project has been about making up for lost time.

“Many people know the story of Irish distilling’s rise and collapse, but the story of the lost tastes and aromas, the knowledge that most of those whiskeys were different to ours, comes as news to most people.”

He first discovered the mashbills in archives in the Republic and Northern Ireland – and credits Boann’s courage in bringing them back into production.

The mashbills programme will culminate in the coming months with a gathering of 30 leading figures in the Irish distilling industry for a sensory analysis tasting of the mashbills and their ranking over a number of different criteria.

It will include experts from Ireland and Scotland and is in association with Heriot-Watt University’s brewing and distilling programme.

Boann managing director, Pat Cooney, said his family, which employs 15 staff operating three huge copper pot stills, want to be seen as “one of the most progressive distilleries in Ireland.

The family is also in the process of building a visitor centre, an online shop and launching Silks Irish Gin, named in honour of the local Bellewstown Races, running since 1726.

Boann is producing samples of each different mashbill, with an arrangement that customers can book their cask by paying a deposit and choosing their cask after tasting the various mashbills. Enquiries can be made at caskoffer@boanndistillery.ie.