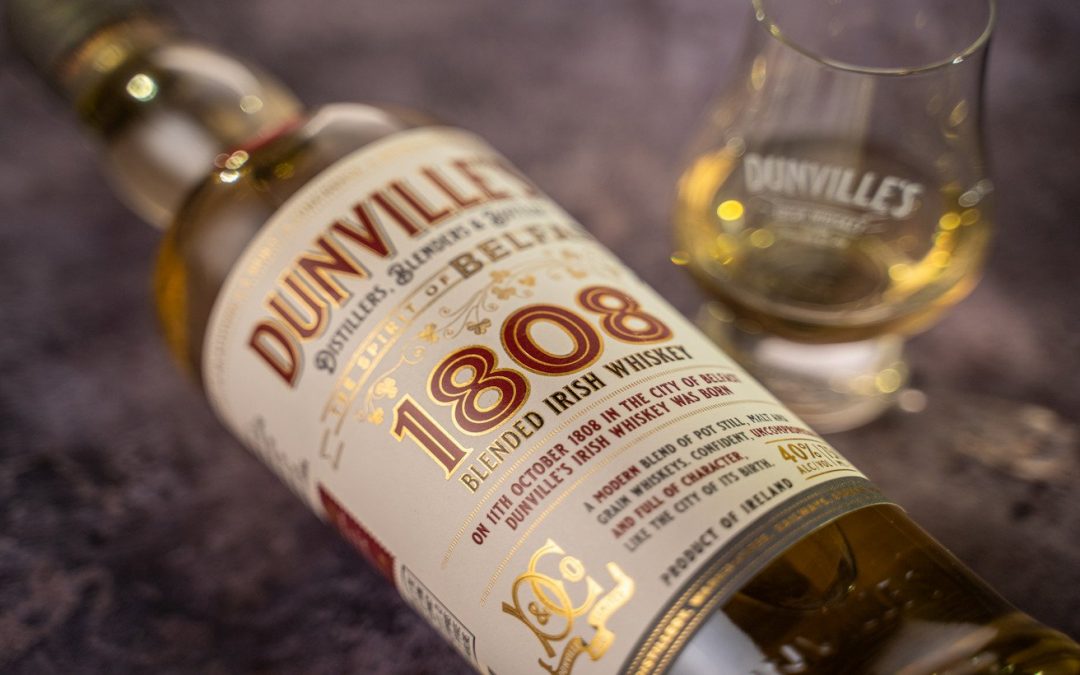 Dunville’s Irish Whiskey (Belfast, Northern Ireland) is expanding its core range with the release of Dunville’s 1808 Blended Irish Whiskey aimed as a house pour or in cocktails.

Dunville’s 1808 is a blend of malt, grain and pot still whiskeys aged in American oak casks and bottled at 40% ABV. With a RRP of £33 / €38 it comes in at a lower price point than the rest of Dunville’s portfolio and is being positioned as a gateway to the wider Dunville’s range, which has until now focused on the super and ultra-premium end of the market.

Official tasting notes describe vanilla, apples, pears, candied lemon peel and sweet spices. The name 1808 pays homage to the year Dunville’s was founded, before going on to become one of the world’s most famous whiskey brands. 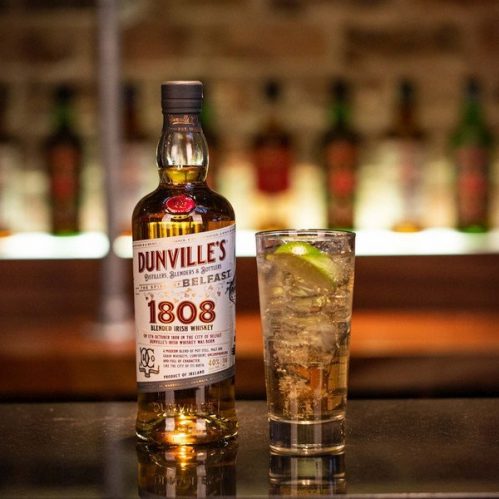 Dunville’s 1808 is available to the trade across Ireland from Hi-Spirits Ireland following a distribution deal with The Echlinville Distillery, which revived the iconic Dunville’s brand in 2012. It is also available in the USA via Total Wine & More, America’s largest chains of independent off-sales with more than 214 stores across 27 states.

“We revived Dunville’s Whiskey with a commitment to reintroduce this iconic Belfast brand to a new generation of whiskey drinkers. We have a strong reputation for producing excellent super and ultra-premium whiskeys which have helped establish Dunville’s as a go-to brand among whiskey connoisseurs. Dunville’s 1808 will give us a strong presence in the premium category. Everything, from the liquid to the label and the serve suggestions to the price tag, has been formulated with a broad customer base in mind. It is aimed at those who want to experience the great flavour and quality of Dunville’s Irish Whiskey in a more accessible offering.”

“It is a great option for everyone, from the ‘whiskey connoisseur’ who can enjoy it as an everyday sipper, to the ‘whiskey curious’ who want to try Irish Whiskey but aren’t quite sure where to start. We very much see 1808 as a gateway to Dunville’s range. A whiskey that will take its place proudly on any back bar and introduce the brand to a much wider audience. Dunville’s 1808 tastes great the traditional way – neat or in the company of a pint. But it’s equally good in a classic cocktail or served long with ginger ale and a wedge of lime. Ginger ale was invented in Belfast, so it is a perfect pairing for a whiskey that is, at its heart, Belfast and proud. We are delighted that Hi-Spirits Ireland have added Dunville’s Irish Whiskey to their portfolio alongside other products from The Echlinville Distillery. Together with the imminent launch of 1808 via Total Wine & More in the USA, 2021 has got off to a great start for The Spirit of Belfast and we look forward to continued growth across domestic and international markets.”

“1808 is a celebration of Belfast and Dunville’s legacy in this great city. Founded in 1808 and produced at The Royal Irish Distilleries on the Grosvenor Road, Dunville’s put Belfast on the world whiskey map. The Dunville family made a huge contribution to the city by way of employment, housing, educational scholarships. They even founded a football team and provided the land and money to build the city’s first public park. Unfortunately, the distillery closed in 1936 and Dunville’s was feared gone for good, until the brand was revived by The Echlinville Distillery in 2012. Since then, we have been on a journey towards restoring Dunville’s to its rightful place among the premier whiskeys of the world. A journey that continues with the launch of Dunville’s 1808.”

Dunville’s 1808 is available to trade across Ireland from Hi-Spirits Ireland. For more information visit their website

Investing in an Irish Whiskey Cask Program
Opinions - Argentina
Of the land
The difference between Irish Whiskey, Scotch and American…