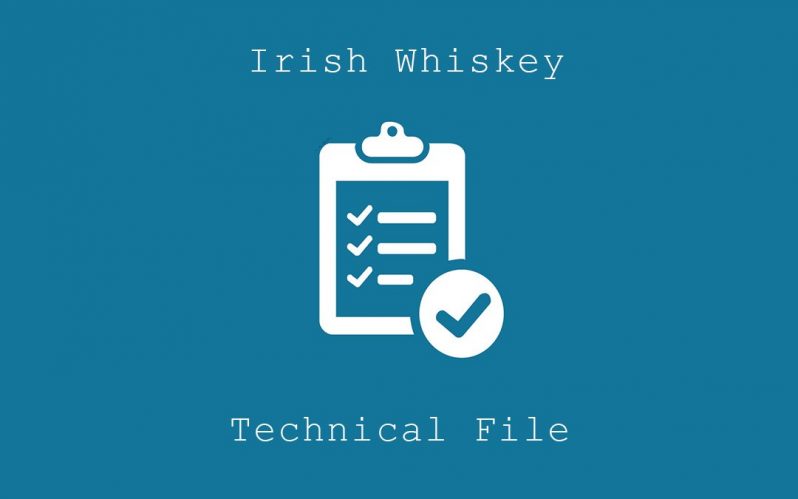 After considerable discussion and collaboration between members of the Irish Whiskey Association, the Technical Committee has submitted a new Technical File which address the production of Irish Whiskey. The amendments were submitted to the  Irish Department of Agriculture, Food and the Marine as well as the UK Department for Environment, Food and Rural Affairs as the relevant authorities responsible for the all-island Irish Whiskey Geographic Indication.

These proposals have been submitted to the Irish Department of Agriculture, Food and the Marine as well as the UK Department for Environment, Food and Rural Affairs as the relevant authorities responsible for the all-island Irish Whiskey Geographic Indication.

The proposed amendments will offer greater clarity and flexibility to distilleries. The amendments will ensure that Irish Whiskey remains consistent with the industry’s rich heritage and traditions. Similarly, they will support sustainable processes being developed by the diverse and future-focused Irish Whiskey sector on the island of Ireland.

These amendments have been developed by the Irish Whiskey Association’s Technical Committee which comprises leading technical experts from across the industry, in consultation with the Association’s broader membership.

The Irish Whiskey Association has proposed a number of amendments, so that the Product Specification ensures that the industry can have a focus on the future while respecting the rich heritage of the category. One such amendment relates to expanding the definition of Pot Still Irish Whiskey to allow up to 30 per cent of other cereals, namely, oats, wheat or rye be permitted. This expansion more accurately reflects traditional Irish Pot Still mash bills and will greatly enhance the pot still category by broadening the potential grains taste profile and allowing a more unique Irish Pot Still selling point.

Proposals also relate to the removal of the 30 per cent maximum malted barley requirement from the Grain Irish Whiskey definition. There is historical precedence that a higher malted barley content has been used in grain production in the past. Removing this limit will better facilitate more sustainable grain whiskey production in the future as it will allow distilleries to adopt more energy efficient processes.