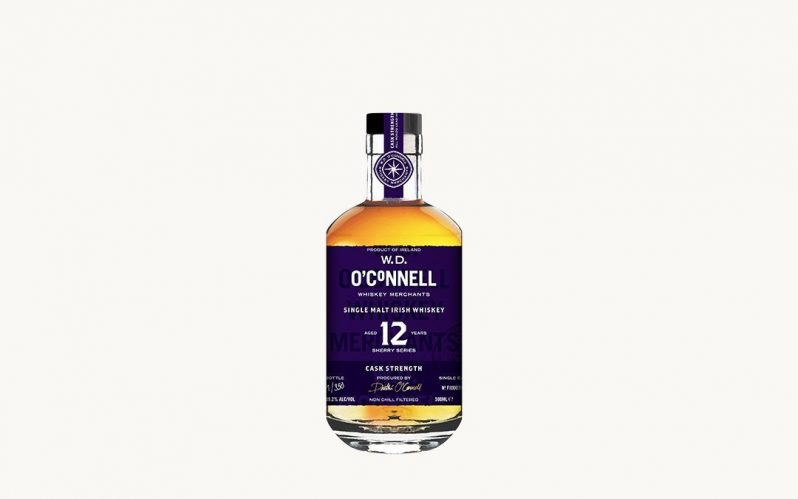 Following on from the success of their previous releases W.D. O’Connell Irish Whiskey Merchants are launching the next stage of their product development of their Peated Series Bill Phil, and a new all Sherry 12-year-old single malt at cask strength.

“It has been an exciting first year in business and to end it with these releases is very exciting. The all Sherry single cask is a very special bottling that encompasses the very reasons I wanted to be an independent bottler. Finding this gem sitting in a warehouse is very exciting. And of course, when Bill Phil hit the market last December we really didn’t know how ready Ireland was for a peated single malt offering and now here we after two single casks we are on our second Batch of it and will be hitting some large export markets with it in 2021″.

Both releases are available through Irish Malts & Celtic Whiskey Shop along with all Number 21 Off Licences, Bradleys Cork, 1601 Kinsale, Carry Out Killarney, Carry Out Tramore, Deveney’s Dundrum,  Blackrock Cellars, The Wine Centre, James Foxes and the wdoconnell.com store from Wednesday, December 16th.


All sherry is a triple distilled single malt Irish Whiskey. Distilled in December 2008, at Bushmills Distillery. 59.2% ABV. Matured in a 2nd fill ex-Oloroso Butt with European oak for all 12 years. Limited to 350 50cl bottles UK & Ireland

This 12-year old single malt whiskey was distilled at Bushmills Distillery and fully matured in Matured in a 2nd fill ex-Oloroso Butt with European oak for all 12 years.

The result can only be described as outstanding.  An aroma of dates lightly dusted with white pepper, flaked almonds and crushed red grapes welcomes you before crystallised ginger, caramelised banana, clove spices and sherry soaked raisins hit your palette leaving you with toasted oak, dark chocolate and roasted hazelnuts on the finish.

The Bill Phil Batch 02 47.58% ABV is a triple-distilled peated single malt Irish whiskey, which has been aged exclusively in first-fill bourbon barrels. Limited to 600 70cl Bottles.