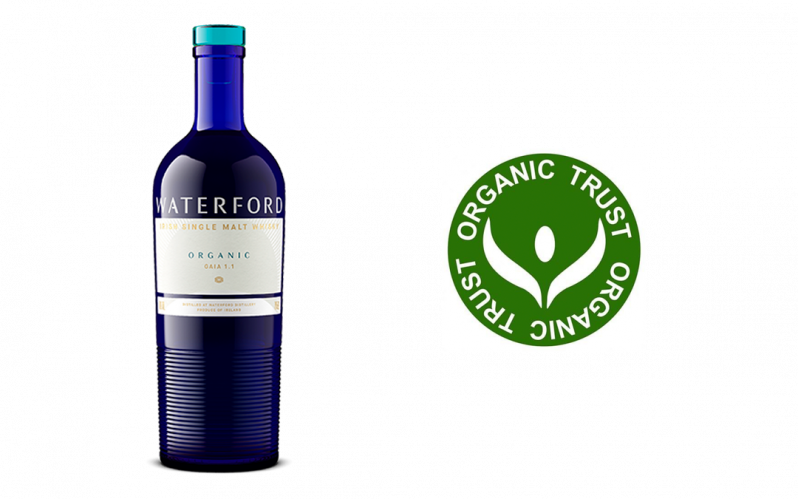 ORGANIC: GAIA 1.1 was distilled in 2016 from organic Irish barley grown by a small, dedicated band of organic farmers. The single malt whisky is certified by the Organic Trust.

Waterford’s ORGANIC: GAIA 1.1 is matured in a spectrum of fresh, super-premium oak: 42% first-fill US oak, 17% virgin US oak, 23% premium French oak and 18% Vin Doux Naturel – sweet fortified wine casks. It is bottled at 50% ABV without colouring, chill-filtration or any additives whatsoever – totally natural.

“It beggars belief that much of the industry treats with indifference the primary source of single malt whisky’s extraordinary flavour: barley. We have placed barley – where and how it is grown – at the heart of what we do, curious about where the real whisky flavour may be found.

“A natural progression of this philosophy is to see what not only single farm origins can accomplish but what organically grown barley can do when it is given the right platform. Compliance for organic status is not straight forward by any means – there’ s a shed load of hoops to jump through, deep cleaning regimens, audits and assessments to undergo. So, is it worth it?  We certainly think so, what we lose in yield and hair pulling we gain in purity and definition of flavour.

“We’re not playing at it; we lay down 400 to 600 casks of organic spirit a year, we buy all the Irish grown organic malting barley that can get our hands on. Waterford Organic will be a main player in our ongoing portfolio for the discerning whisky drinker.”

18,000 bottles will be released throughout Europe and Asia, with a further 6,000 bottles in the USA.

If you would like to learn more about Waterford Whiskey and organic Irish whiskey you may enjoy our interview with Ned and Megan here.