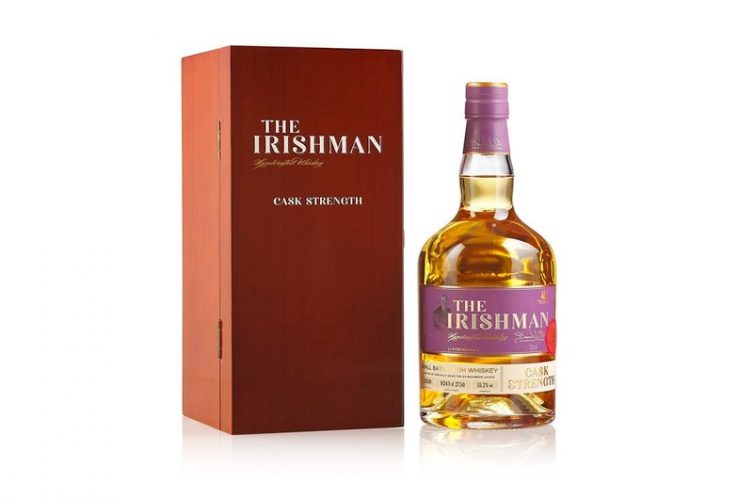 Walsh Whiskey has released the 2020 vintage of The Irishman Vintage Cask, a rare cask strength Irish whiskey expression. This year’s vintage is limited to 3,500 bottles worldwide, with 750 assigned to the United States. The Irishman Vintage Cask 2020 edition is the 12th release since it debuted in 2008 becoming the first triple-distilled Cask Strength Irish whiskey released in over half a century.

The Irishman Vintage Cask is a unique marriage of Aged Single Pot Aged Still & Single Malt, matured in first-fill bourbon casks, non-chill-filtered and cut to 55.2% ABV. The recommended retail price is €130/ US$140.

“Our Vintage Cask Strength releases are much sought after so, with just 3,500 bottles worldwide, they will be prized-possessions for whoever secures one”.

The Irishman Vintage Cask 2020 is available in Travel Retail and a selection of countries including the USA, Ireland, Australia, Canada, France, Germany, Holland, Japan, Poland, Russia and the UK. Each bottle is presented in an elegant wooden cask, uniquely numbered, and with a dated certificate signed by Bernard Walsh, the co-founder of Walsh Whiskey and creator of The Irishman.