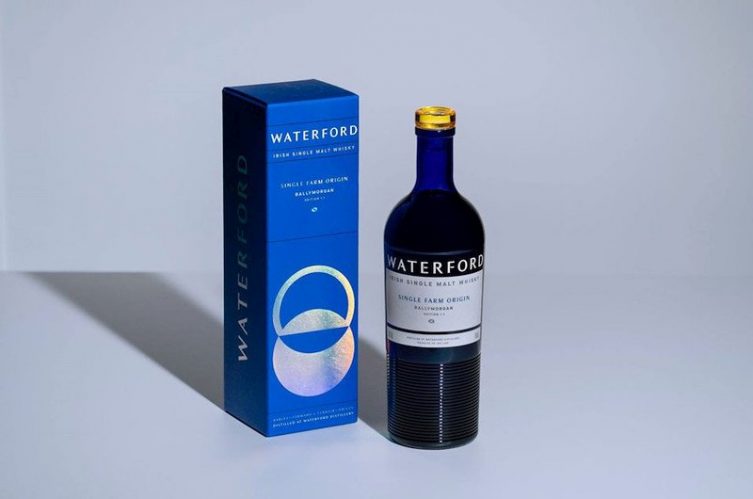 After the dramatic success of its first commercial bottlings, which sold out within a matter of hours in major retailers across Europe, terroir-driven producer Waterford Distillery has brought forward four new whisky bottlings to meet demand. The Single Farm Origin whiskies form part of Waterford’s highly sought-after range of uber-provenance, natural single malt whiskies, which explore Irish terroir one farm, once place, at a time. Influenced by the world’s greatest winemakers, Waterford Distillery obsessively brings the same intellectual drive, methodology & rigour to single malt whisky. For the first time, the focus is on barley, the origin of whisky’s complex flavours. Irish barley is widely considered to be the world’s finest.

THE PRECISION OF PLACE

Ballymorgan: Edition 1.1 – grown by Robert Milne on one of Ireland’s premier malting barley terroirs – the famous Clonroche Series in Co. Wexford, with its loamy, clay soils derived from slate and granite.

Sheestown: Edition 1.1 – grown just outside the historic town of Kilkenny on an undulating, well-drained, lowland terroir predominantly derived from limestone, by Phil O’Brien, father of one of our distillery workers.

In addition, a reprise of the original two sold-out bottlings, slightly older second editions, has been brought forward to meet demand:

Ballykilcavan: Edition 1.2 – the second release, now 3 months older, uses barley grown by David Walsh-Kemmis west of the Barrow in Co. Laois in the barley heartlands, where his fertile fields are sheltered by ancient woodland.

Bottled at 50% ABV without colouring, chill-filtration or any additives – totally natural – each bottle is priced at €70-80/£70 and will be available from specialist retailers from the end of July 2020 onwards. 9,300 bottles of each whisky will be available throughout Europe, Taiwan and Japan, with totally unique Single Farm Origins coming to the US in September.

“We knew there was great interest from the inquisitive, curious and open-minded in our unique philosophy but we were totally unprepared – and mighty humbled – by such an enthusiastic reception. We know this has meant some frustration for people getting their hands on a pair, but please bear with us. “Our distributors say this is the most successful launch of a new distillery brand they have ever seen, and we have all been taken off guard. Everyone associated with Waterford Whisky from farmers to maltsters to distillers to warehousemen should be very proud. Sure, it’s early days, but our novel, traceable, transparent, terroir approach seems to have found a niche appreciated by today’s enlightened consumers.”