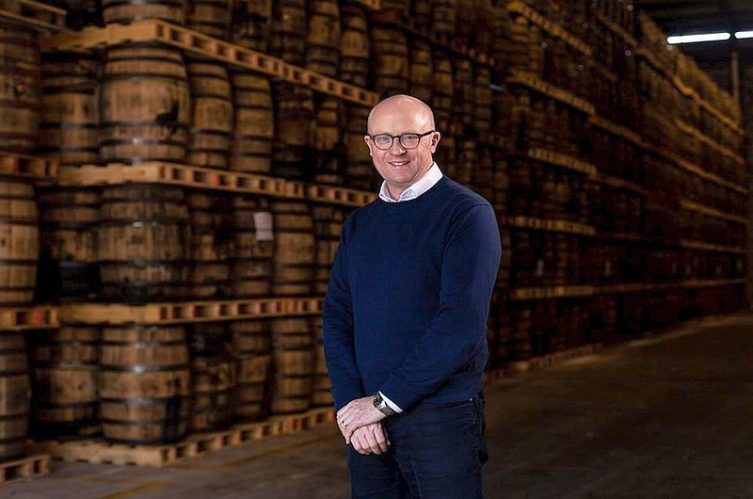 Kevin will take on one of the most coveted positions in world whiskey. As part of his new role, he will be responsible for protecting the rich heritage of the world’s most famous Irish whiskeys, ensuring the quality of all new pot and grain distillates produced at Midleton while supporting future innovation.

A Cork native, Kevin is a Technology graduate from The University of Limerick and holds a Diploma in Distilling from the Institute of Brewing and Distilling. He is a master craftsman having started his career in Midleton in 1998, working as a distiller under the tutelage of Master Distiller Emeritus Barry Crockett. From there he moved to Maturation where he honed his skills under then Master of Maturation Brendan Monks before assuming the role of Master of Maturation on Brendan’s retirement in 2007.

Kevin successfully continued the ongoing innovation in maturation that has made Midleton famous, while working with the team in facilitating spirit options for new brands like Method and Madness and brand extensions in the Jameson, Redbreast, Powers, Midleton Very Rare and Spot range. In his previous role, Kevin spent much of his time travelling the globe to source only the highest quality casks from world-renowned cooperages, while overseeing the full maturation process across the portfolio.

Commenting on the appointment, Conor McQuaid, Chairman and CEO of Irish Distillers, said:

“I am delighted to announce Kevin O’Gorman as the new Master Distiller at Midleton Distillery. Kevin’s exceptional leadership and talent as Master of Maturation has impressed the whiskey world ever since he took on the role in 2007. We know that he will continue to impress as Master Distiller, an evolved role which will see him lead both distillation and maturation at Irish Distillers. I am looking forward to working closely with Kevin as he drives the constant pursuit of excellence and innovation that has been exemplified by the entire team in Midleton for centuries. We are immensely grateful for everything Brian has done for Irish Distillers, and the entire Irish whiskey category, and we wish him all the very best in his future endeavours as he passes the baton to Kevin”.

“Since starting my career in Irish Distillers in 1998, I have been lucky to learn from masters like Barry Crockett and Brendan Monks about the intricacies of the whiskey production, from grain to glass. Of course, Brian Nation and I have also worked very closely together on distillation and maturation for the past 10 years and he will be missed by all his friends at Midleton Distillery. I am excited to use my experience to drive the sector forward by producing innovative new whiskeys that will delight whiskey fans over the coming years.”

“As I step down from the position of Master Distiller, I am struck by what an incredible honour it has been to hold this role. I have been fortunate to work with a fantastic team at Midleton for the past 23 years and have experienced enormous change, development, and innovation, from the recent expansion of our distillery to the development of new distillate styles in the Micro Distillery. I am delighted to see Kevin take on the role of Master Distiller. I know that, under his leadership, the quality and reputation of Irish Distillers’ portfolio will continue to flourish long into the future.”