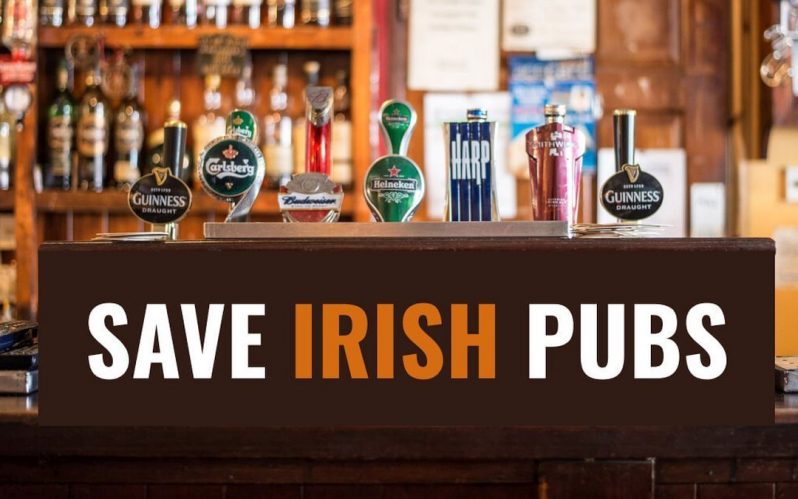 Irish pubs are being encouraged to join a legal challenge against insurance companies who have refused to pay out business interruption claims. The ‘Save Irish Pubs’ campaign is led by businessman Brian Winters and has launched a new website called saveirishpubs.ie to help.

Brian Winters is a solicitor and owner of Charlie’s Bar in Loughrea. Speaking about the campaign, he said:

“We are calling on the 7,400 pubs across Ireland of all shapes and sizes to join us as we take on those in the insurance sector who have let us down. There will be no costs or future penalties for publicans and those that join us will be eligible for an average payout of €50k+. We’ve put a team of experts together to directly assist this beleaguered sector. It is our intention to take the fight to the insurance companies who we believe have failed in their duty to assess publicans’ claims in a fair and equitable manner.

“The key messages we want to communicate to publicans is that no matter what you have been told in the past about the fact you have no claim, get your policy into us for review. Secondly, this will not cost you anything in time or in money. Our legal team will review the policy and if there is the basis for a test case, we will manage the process on your behalf through the Save Irish Pubs initiative.

“There has been a number of developments in the interpretation of insurance policies since the start of this pandemic. Many publicans are unaware that they have valid claims, and many more do not have the financial resources to take on the insurance companies. Finally, we have an independent firm of loss assessors, whom on the successful outcome of the test case will deal directly with the Insurance Companies to ensure the Publicans recover the maximum entitlements under their policies.”

Brothers Daire and Donagh Duignan, who own the Beachcomber Bar in Killester in Dublin 3, are also backing the campaign as well as Tom O’Brien, the owner of the Ferryman on Sir John Rogerson’s Quay in Dublin 2. Daire Duignan said:

“We would urge all publicans from Malin Head to Mizen Head and everywhere in between to get behind this campaign,”

Tom O’Brien, the owner of the Ferryman Pub said:

“As a former chairman of the LVA (Licenced Vintners Association) I am only too aware of the challenges publicans face in the industry. Our plight has only been exasperated by the conduct of the insurance companies.

O’Brien said the initiative was a potential “lifeline” for the beleaguered industry. “It is not going to cost a euro, and let us see where we all get to on this journey.” The Ferryman Pub is one of the docklands most popular and is located on Sir John Rogerson’s Quay directly opposite the offices of McCann FitzGerald.