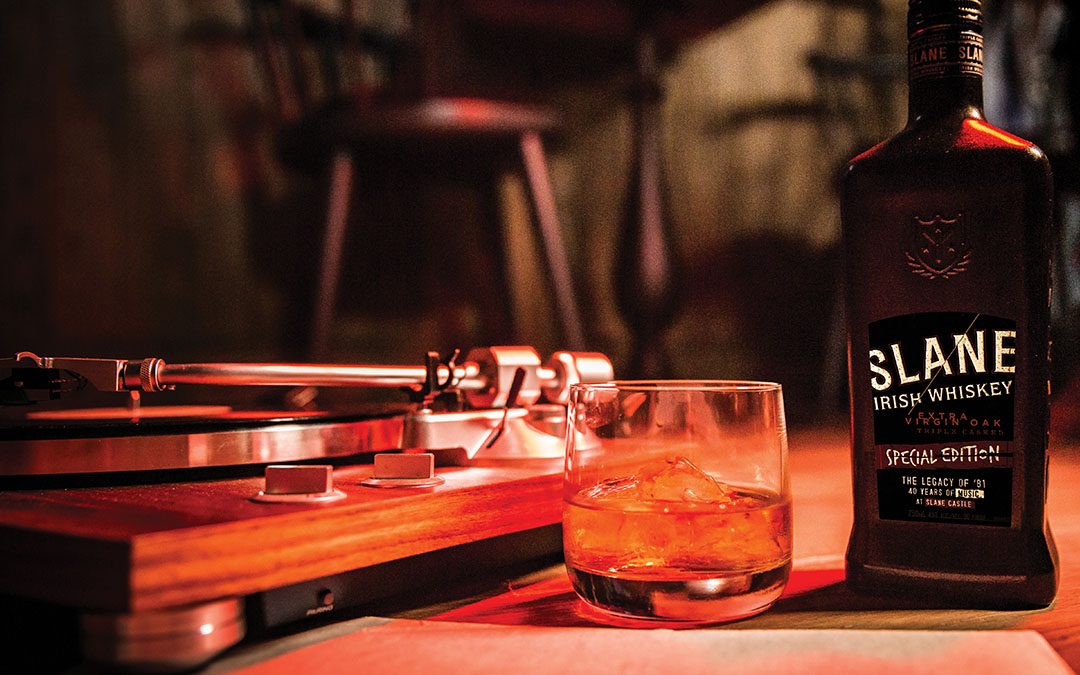 Five years after the release of their first triple casked blend, today Slane Irish Whiskey is proud to announce the launch of Slane Special Edition – a must-have spirit for whiskey and music fans alike. Celebrating 40 years of Slane’s trailblazing music history, just 2,928 bottles of this special limited-edition blend will be available to buy from selected retailers across Ireland.

Slane Special Edition is the long-awaited third release from Slane Distillery. The limited-edition blend was created as a tribute to Lord Henry Conyngham and his vision to bring Ireland together in 1981 by throwing the country’s biggest rock concert welcoming 80,000 music lovers to his front lawn at Slane Castle. Over 40 years later, Lord Henry’s vision lives on having played host to some of the biggest music acts on the planet and attracting visitors from all over the world. 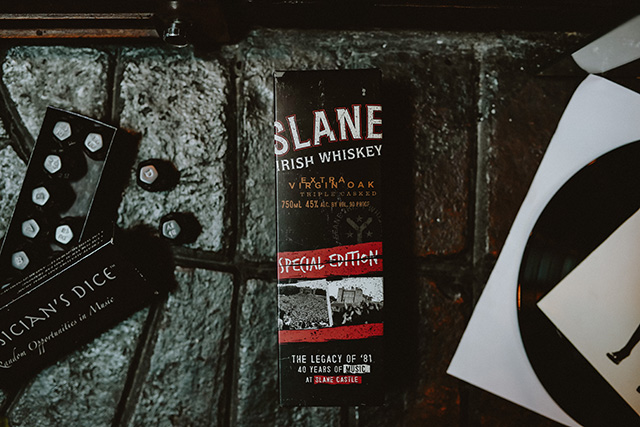 Slane Special Edition amps up the flavour that comes from Slane Irish Whiskey’s signature triple casked method by using extra virgin oak casks blended with seasoned barrels and Spanish sherry casks. The liquid has been bottled at 45% ABV, versus the Slane core blend at 40% ABV. The 45% ABV is another nod to Slane’s music legacy with a neat riff on the 45 rpm record single – a format that changed music forever. Slane Special Edition has a nose of bold toasted oak and vanilla spice notes found in Slane Irish Whiskey’s core blend to deliver a rich, complex whiskey with a warm, lingering finish. Slane Special Edition is a whiskey that can stand on its own, on the rocks, or sing through a cocktail.

Presented in its distinctive black glass bottle with embossed crest, with new label artwork inspired by 1981 and images by Irish photographers Andy Spearman and Fran Caffrey, Slane Special Edition is boxed in a gift carton with recommended drinks recipes, details of Slane’s music story and exclusive access to a 40th anniversary Spotify playlist, curated by Slane Irish Whiskey co-founder and son of Lord Henry, Alex Conyngham. A powerful and eclectic soundtrack, it includes music from some of the biggest names to have played at Slane Castle over the years.

Slane Special Edition is available to buy nationwide in selected Tesco, Dunnes, SuperValu and O’Briens stores, as well as specialist off-licences nationwide and at Slane Distillery from March 3rd, with a recommended retail price of €39.60 for a 700ml bottle.