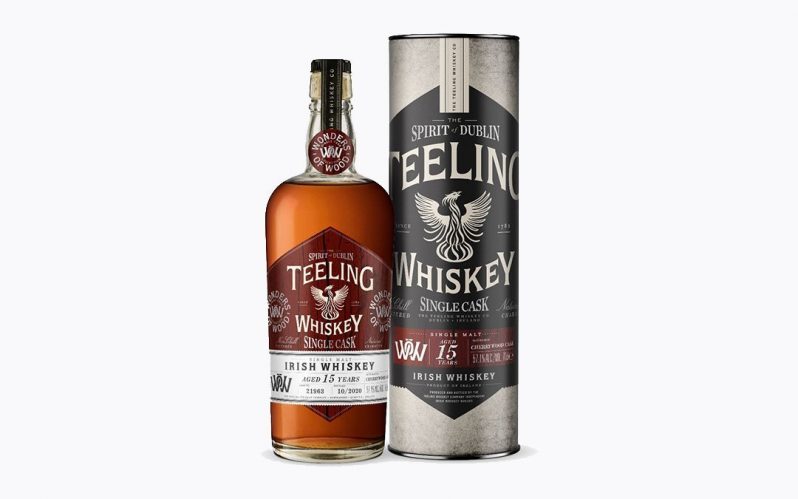 The second in the series of Wonder of Wood from Teeling Irish Whiskey, a limited edition distillery release. This 15 year old Single Malt has been aged initially in bourbon barrels and then in virgin Cherry Wood.

The selection of the Cherry Wood Cask as the second release was decided by attendees of their Wonders of Wood event in September. Hosted by Teeling Whiskey’s Master Distiller, Alex Chasko, Teeling Maturation Manager, Iain Wood and Global Brand Ambassador, Robert Caldwell.

At the end of the tasting, the audience voted for which was their favourite and shared their tasting notes. The winner on the night was to be bottled up as a Single Cask and to be the first of the Wonders of Wood releases. The Amburana Brazilian Hardwood (first release) was the pick of the lot, however, the Cherry Wood was such a close second place they have also released this.

Take a deeper dive into the Wonders of Wood release from Teeling Irish whiskey read the interview with Iain Wood, Head of Operations here

Bottled at 57.1% ABV, €125, this distillery exclusive bottling is a limited edition available from their online shop.