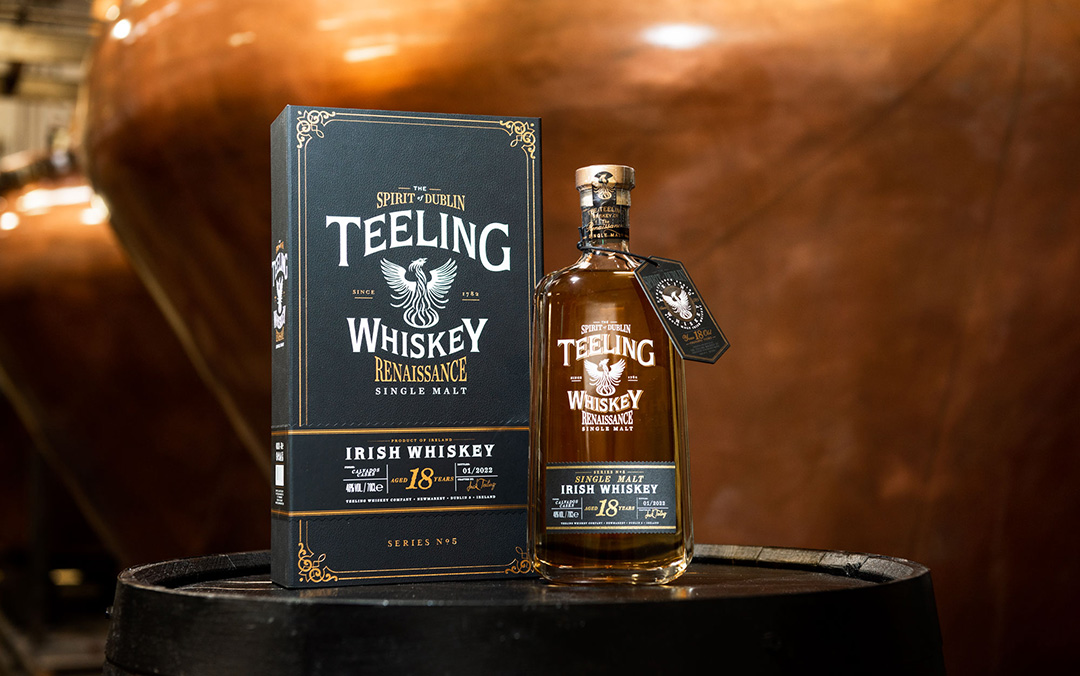 The fifth and final release in the award-winning Renaissance Single Malt Series is an 18-Year-Old Single Malt, aged initially in ex-bourbon barrels for over 12 years before being finished in ex-Calvados casks for a further 6 years. Bottled at 46% ABV, with no chill filtration, and has retained its RRP of €140.

The award-winning series which was launched in 2019 have all been 18 year old single malt whiskeys, all bottled at 46% and non-chill filtered. The finished in the series have included Madeira, Australian Shiraz, Muscat, Pineaut des Charentes and now concluding with Calvados.

We are proud to unveil the fifth and final bottling of “The Renaissance”; a limited edition award-winning series of unique 18-Year-Old Irish Single Malts.  The series, launched in 2019, was created to celebrate the true global Renaissance of Teeling, Dublin and Irish whiskey as it continues to be the fastest growing Premium Spirit in the world, supported by the vibrancy from the many new entrants to the category. The Renaissance Series fifth bottling follows our first four award-winning releases all of which have been honoured as some of the best Irish Single Malt whiskeys of recent years.

The fifth bottling of The Renaissance Series consists of 18-Year-Old Single Malt that was aged initially in ex-Bourbon barrels for over 12 years before being finished in high quality, ex-Calvados casks for over 6 years. This dual maturation and, in particular long finishing time in the Calvados casks, imparts a beautiful depth of cinnamon and caramelised apple character, with dried cherries and woody tannin notes. Limited to just 9,000 bottles, the resulting Single Malt is then bottled at 46% with no chill filtration. 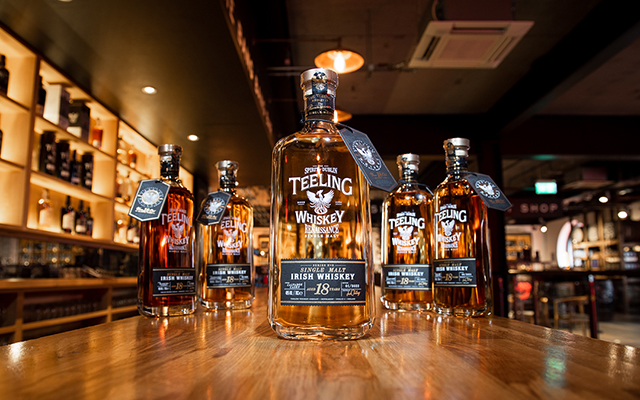 “Like all good things, the Renaissance Series must come to an end. These limited edition Teeling Whiskeys really lived up to their name, as they have been enjoyed and celebrated all over the world including winning some of the top honours for Irish whiskey at International Spirits Competitions over the last few years. For the final release we have hand selected some of our very best 18-Year-Old Single Malt to make sure we end this award-winning series on a high note.  We can end this series knowing that the Renaissance of Dublin as the epicentre for world-class, city based whiskey distillation is now firmly re-established with our Dublin distilled Irish whiskey now being celebrated and enjoyed around the world.”

Bottled in a very unique tall decanter bottle, this bottle of Irish Single Malt stands tall and proud on any shelf. With a RRP of €140.00 for a 70cl decanter bottle in gift box, The Renaissance 18-Year-Old Single Malt will be available in Ireland at the Teeling Whiskey Distillery in Dublin 8, The Celtic Whiskey Shop, Irishmalts.com, Shannon Airport and premium independent Irish off licences as well as being rolled out to key International Markets such as the Belgium, UK, Holland, France, Denmark, Italy, Russia and select Asian markets.
For more information on how to purchase please contact shop@teelingwhiskey.com