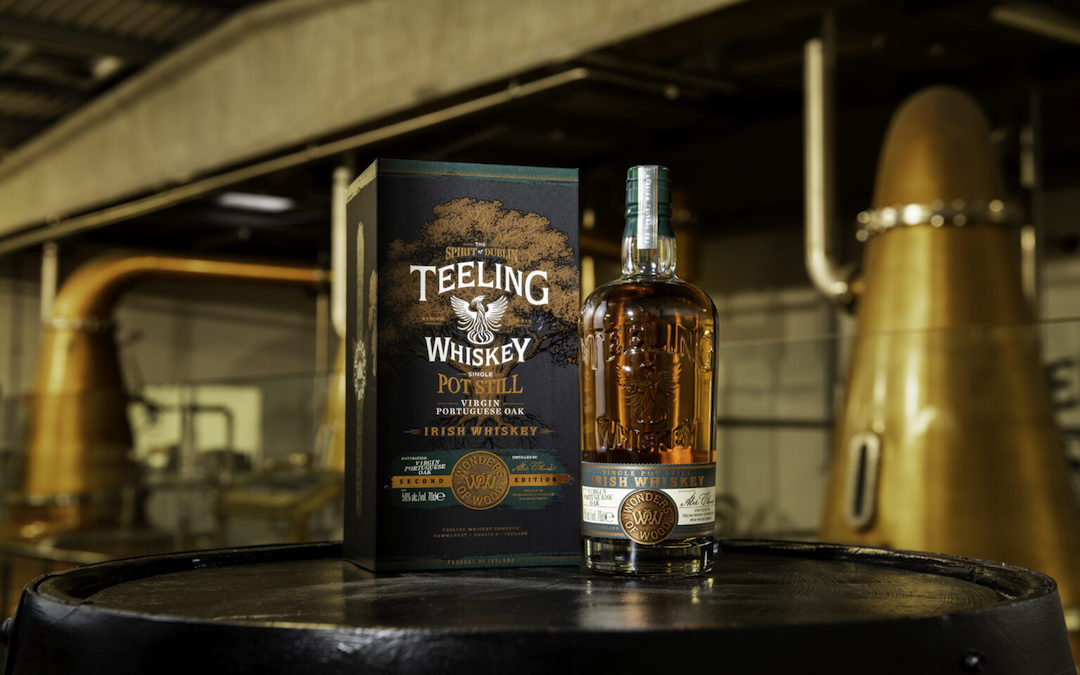 Teeling are delighted to announce the release of the second edition in the Wonders of Wood series of Single Pot Still, limited edition bottlings.

The Wonders of Wood series is part of our innovative mission to push the boundaries of flavour, by utilising unique styles of wood for the maturation of our award-winning range of whiskeys. This second release follows on from the first edition of the series which was honoured at the 2022 World Whiskies Awards for its quality, picking up the title of the World’s Best Single Pot Still, building on Teeling Whiskey’s global reputation for producing some of the best whiskies in the world.

The second edition in our Wonders of Wood bottlings consists of Single Pot Still crafted from a recipe of 50% malted barley and 50% un-malted barley, which has been triple distilled in the Teeling Whiskey Distillery in Dublin and then matured in virgin Portuguese oak barrels. Portuguese oak is native to the Iberian Peninsula and has a higher tannin content than other oak variants normally used in the Whiskey industry. When used for maturation it produces a distinct savoury marmalade flavour with warming hints of tobacco and pepper unique to Irish whiskey.

In collaboration with the Tree Council of Ireland every release in the Wonders of Wood series will work towards the reforestation of a designated area of woodland in Ireland with exclusively native Irish trees. The first release allowed for an acre of native oak trees to be planted in the Glencree region of County Wicklow just outside of Dublin. The second release will allow for a second acre to be planted this time in County Dublin again in partnership with the Tree Council of Ireland.

“Wood is an amazing, sustainable and environmentally friendly material that plays a huge role in developing the flavour and character of a whiskey as it matures. We are truly in wonder of the role wood has in crafting our Teeling Whiskeys as well as its impact on the wider environment, so as part of our new series we wanted to do our part in helping the replanting of our native Irish forests. Single Pot Still is uniquely Irish and is perhaps the fastest growing style of Irish whiskey in the world. Teeling Whiskey is very proud to be at the forefront of expanding the offering within this unique category of Irish whiskey and helping it evolve through world class releases such as our Wonders of Wood series.”

Our Wonders of Wood Single Pot Still will be initially available in Ireland through the Teeling Whiskey Distillery gift shop, the Celtic Whiskey Shop and select premium retailers throughout the country. It is also now available in European and select Asian markets and will be rolled out to the US later this year.

Watch as Teeling Whiskey take a stroll through Glencree, Co. Wicklow with Team Teeling as we planted our first tree.