Blue Spot reintroduced to the family 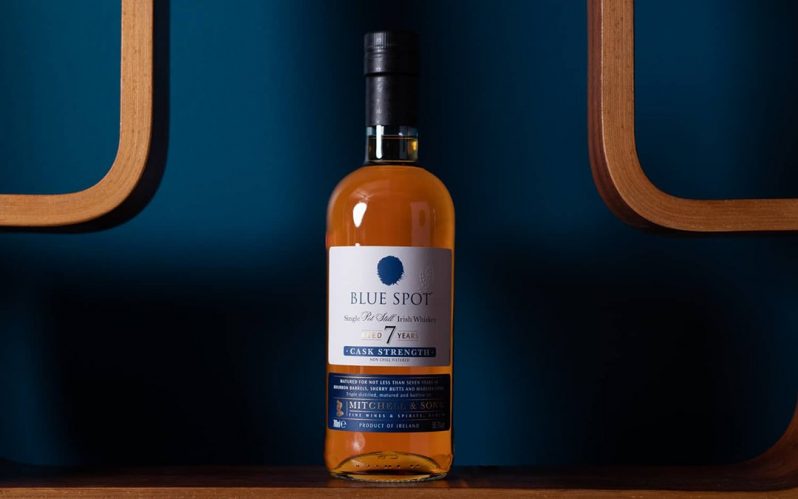 After much speculation and even more anticipation the Spot family of Pot Still Irish whiskeys are reunited with their long lost Blue Spot for the first time since the 60s.

Irish Distillers, maker of some of the world’s most enjoyed whiskeys, has once again joined forces with the Mitchell family to unveil its reimagined Blue Spot Single Pot Still Irish Whiskey.

With the most recent existing record of Blue Spot dating back to 1964, the launch will signal the end of a 56-year wait among the global whiskey community for the re-introduction of Blue Spot, reuniting the historic Spot Family for the first time in over half a century.

The story of the legendary Spot Irish whiskey range began in the early 1900s when celebrated wine and spirits merchants, Mitchell & Son, began maturing whiskey from the local Jameson Distillery in Bow Street in their underground cellars in Dublin City Centre. Blue Spot takes its name from the blue daubs or ‘spots’ of paint that the Mitchells used to mark the barrels to signify that the whiskey in those casks were to be matured for a minimum of seven years. 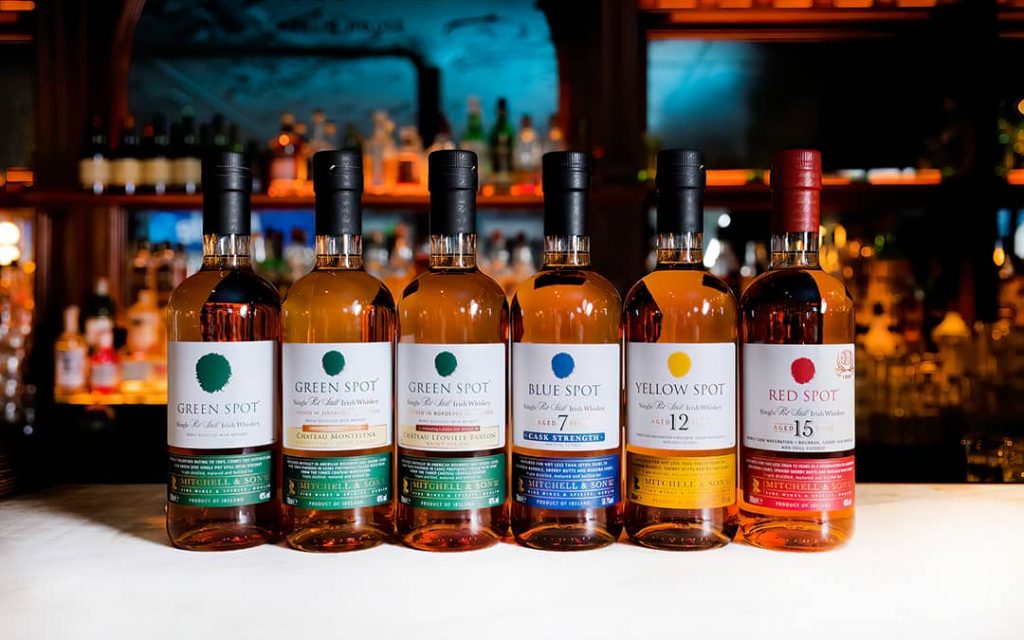 Building on the foundation of bourbon and sherry casks, the reimagined Blue Spot includes whiskey aged in Madeira casks, inspired by the historical inventory of Mitchell & Son and typical of Pot Still Irish whiskeys. The Midleton masters, in collaboration with the Mitchell family, were influenced by archive documents dating back to 1935 showing Madeira wine casks imported to Ireland which, once emptied, would have been used to mature whiskey.

The team at Irish Distillers’ Midleton Distillery have been sourcing Madeira wine seasoned casks for over 20 years. These casks are carefully handcrafted in a cooperage in the north of Portugal and then sent to the island of Madeira. Once seasoned, the casks are shipped back to Midleton and filled with pot still distillate and left to mature for several years, allowing the Madeira wine influence to impart wonderful flavours of stewed apples, hazelnuts and sweet spices. These casks are then hand-selected, along with ex-Bourbon and ex-sherry casks which are married together to achieve the perfect flavour balance. Bottled at cask strength, the result is a luxuriously rich and characterful whiskey.

“It is with absolute pleasure that we reintroduce Blue Spot and bring a piece of Dublin’s rich whiskey history back to life. Over the years I have had the honour of collaborating with the Mitchell family, who for generations have celebrated the influence of fine wines on Irish whiskey, as we have reintroduced expressions to the beloved Spot range. I am incredibly proud to celebrate with Jonathan and Robert Mitchell on this historic day as Blue Spot takes its place alongside Green, Yellow and Red Spot, reuniting the whole family once again.”

“It’s been a privilege to shed light on the history of whiskey bonding in Ireland and the role our family had to play in it as we relaunch Blue Spot. The inclusion of whiskey aged in Madeira casks adds flavours that would have been originally introduced into Irish whiskey by the Mitchell family. As the full Spot range comes back to life, we find ourselves bursting with pride for the role our family played in the creation of this treasured range of whiskeys.”

A non chill-filtered, cask strength release that will see ABV varying annually, Blue Spot is available from this month at the RRP of €80 in Ireland, UK, France, Canada, Northern Ireland and Global Travel Retail, and in the USA from February 2021.

Taste: A smooth mouthfeel with a subtle mix of fruit, a hint of clove oil and cracked black pepper corns. Sweet spices, vanilla and cinnamon add to the wood’s nutty contribution.

Finish: A lasting and distinctly palatable balance of exotic fruits and spices.