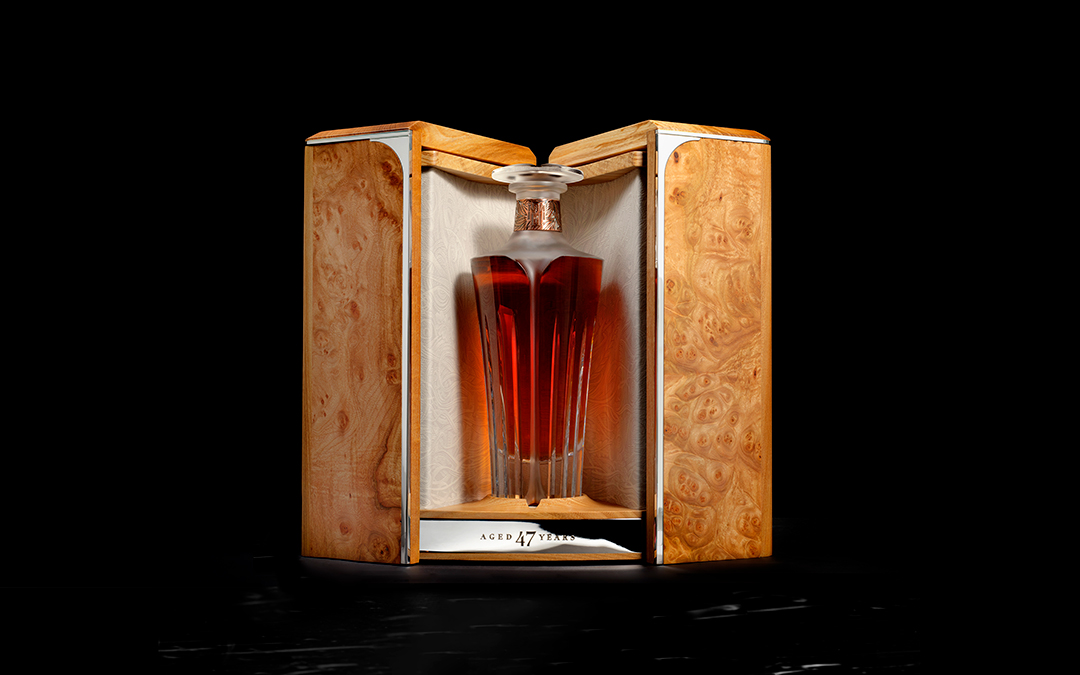 Midleton Very Rare has unveiled the Third Chapter in the Silent Distillery collection, Ireland’s oldest and rarest whiskey collection. The 47 year old Single Pot Still Irish whiskey is a marriage of whiskeys matured in a hand-selected bourbon barrel and a sherry butt. 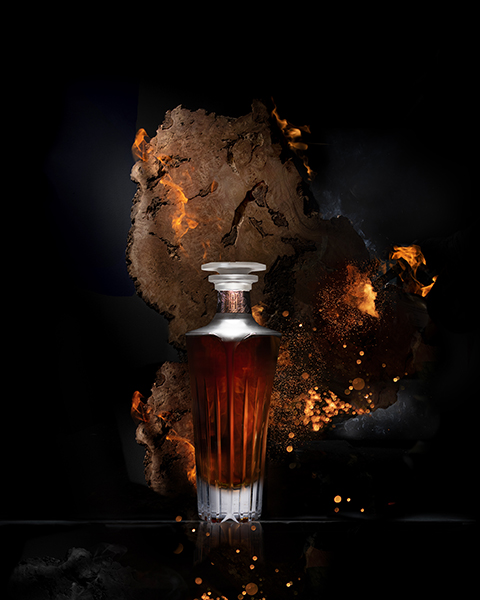 Midleton Very Rare, renowned as the Pinnacle of Irish Whiskey, is produced in Midleton Distillery, Co. Cork, Ireland and the Silent Distillery Collection includes six releases. Beginning in 2020 the distillery began to release one chapter annually over 6 years which will culminate in 2025, the 200th anniversary of the foundation of the legendary Old Midleton Distillery which operated from 1825-1975. This collection, ranging in age from 45 to 50 years old, represents the very last drops of this inimitable spirit before the distillery went silent forever.

Chapter Three is an exceptional 47-year-old whiskey born from the marriage of two separate whiskeys matured in an ex-sherry butt and an ex-bourbon barrel. The two whiskeys date back to 1973 and were blended before bottling to give the whiskey an extraordinary flavour. The release of Chapter Three, which marks the halfway point of the collection, pays homage to history and craftsmanship, a journey of age and time inspired by the element of fire, as the pot still worked its magic through the fires which burned beneath it.

The inspiration behind the element of fire, goes back to 1854 when the largest pot still in the world was assembled and installed by local craftsmen at the Old Midleton Distillery and managed by the skilled hands of ‘fire men’ whose job it was to control the temperature of the stills which could heat more than 30,000 gallons of liquid in a single day. The roar of the fires has been silenced but the still remains in the grounds of the old distillery. It is this trailblazing story which serves as an inspiration for the third release from Midleton Very Rare Silent Distillery.

With just 97 bottles of this extraordinarily rare Irish whiskey produced, Midleton Very Rare Silent Distillery Collection Chapter Three is incomparable in terms of age and history and presents as a true connoisseur’s dream. Created and matured under the guardianship of four celebrated Master Distillers, the whiskey has been enhanced through each changing of hands, with each Master taking great care to protect the legacy of the precious liquid.

Kevin O’Gorman is only the fourth person in 75 years to hold the title of Master Distiller at Midleton Distillery. Kevin follows in the footsteps of previous Master Distillers including Max Crockett, the forefather of modern Irish whiskey; his son Barry, the creator of Midleton Very Rare and Brian Nation.

“Crafted from a marriage of distillations left to mature over 47 years in a hand-selected bourbon barrel and a sherry butt, Midleton Very Rare Silent Distillery Chapter Three, is a wonderfully aged yet contemporary expression of Irish Whiskey like no other.”

This year the inspiration of fire came from the world’s largest pot still and the relentless work from the local men, the ‘fire men’ who used to feed the still’s fires, whilst learning how to regulate the heat through stoking and raking to ensure the temperature was correct.”

Staying true to its proud Irish heritage and luxury craftsmanship, Midleton Very Rare Silent Distillery Collection Chapter Three has been decanted into handblown and etched crystal decanter bottles, produced by Ireland’s Waterford Crystal, with each of the bottles individually numbered 1-97. The bottle comes displayed in a bespoke wooden cabinet handcrafted by Irish designer, John Galvin, using wood made from Burr Elm, an ancient wood as rare as the whiskey within it. The markings recall the flames that once warmed the old pot still.

“Midleton Distillery embodies Irish heritage and this new Chapter based around the element of fire, inspired our team at John Galvin Design when sourcing materials and designing the cabinet for the bottle. Our craftsmen have used the rich coloured Burr Elm wood for the wooden case with the aim of reconnecting us to our land and origins.”

Consumers will be able to experience drops of Chapter Three from the Midleton Very Rare Silent Distillery through an event at Adare Manor Hotel in Ireland on 13th June. The tickets are limited for this rare and exclusive experience. Further details are available through Adare Manor.

Silent Distillery Chapter Three will be available to purchase via a ballot on the Midleton Very Rare 1825 room, which goes live on 3rd May and closes on 10th May.

Nose
A rich medley of forest fruits, with notes of sugar-glazed cherries, earthy and toffee tones of muscovado sugar and almond flake. These notes complement the oak’s enduring influence on the spirit adding aromas akin to worn leather bound ledgers and pipe tobacco, while the pot still spirit continues to firmly assert its presence adding measured levels of spice.

Finish
Lasting finish in which the soft fruits and old pot still spices linger in harmony with the oak, further emphasising how decades of undisturbed ageing can create such balance and complexity.