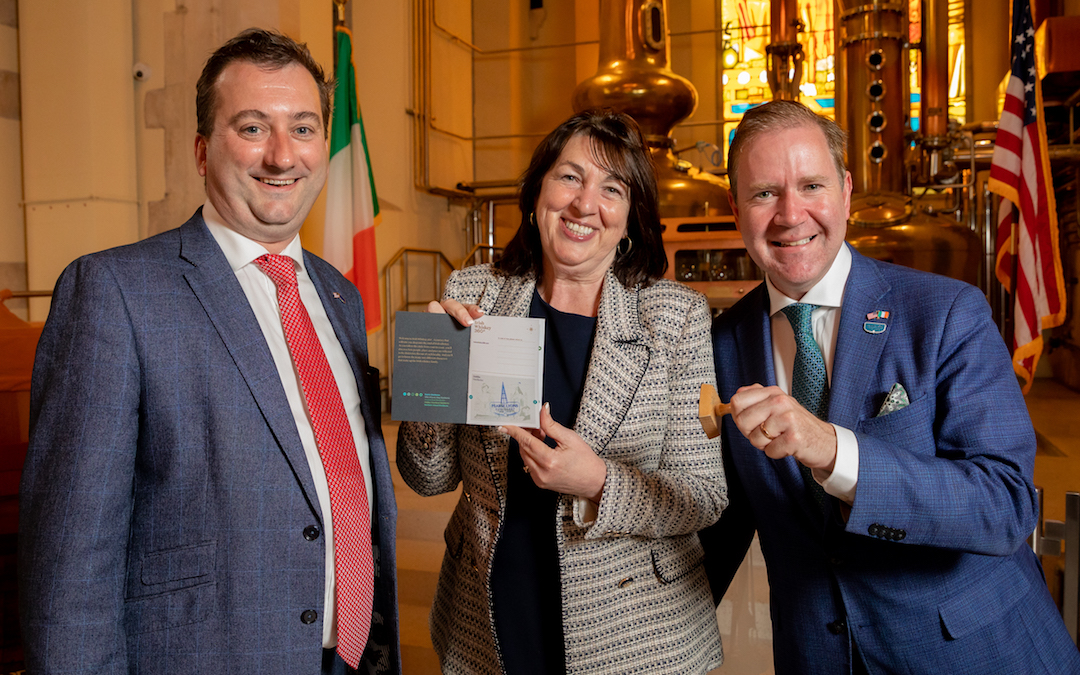 “It was great to hear about the historic links between the Irish and American whiskey industries, which are now stronger than ever thanks to investment of U.S. companies in Irish distilleries and the strong demand of American consumers for Irish whiskey. I welcome the partnership between the Irish Whiskey Association and Kentucky Distillers’ Association, including on the development of the new Irish Whiskey Passport initiative, and I look forward to more Americans visiting Irish whiskey distilleries and more Irish visiting American whiskey distilleries in the future.”

The Irish Whiskey360° Passport initiative aims to incentivise tourists on trips to Ireland to visit the numerous Irish whiskey distilleries. The Passport was developed with support and advice from the Kentucky Distillers’ Association, which had previously developed a Kentucky Bourbon Trail passport.

The U.S. remains the largest market in the world for Irish whiskey, with over 5.9 million cases (71 million bottles) of Irish whiskey sold in the U.S. in 2021, a 15% increase on 2020. Tourists from the U.S. also form the largest visitor segment for Irish whiskey distilleries, which are aiming to rebound in 2022 following an 87% collapse in visitors in 2020 and 2021 on foot of Covid-19.

“The Lyons family has always been proud of its shared Irish and American heritage. The late Pearse Lyons perfectly embodied that connection between the two countries, being the only man to have received recognition in Ireland and the United States for his outstanding contribution to both the Irish whiskey and Kentucky bourbon industries. Having Ambassador Cronin here shows just how important it is for us to nurture and build on this connection.”

About the IrishWhiskey360° Passport

The IrishWhiskey360° Passport allows people to keep a unique record of their journey of discovery through Ireland’s whiskey distilleries by collecting a stamp at each distillery. Passports are available to be picked up at the Irish whiskey distilleries waiting to be discovered across each of the country’s five regions. You can collect stamps at every distillery on your journey.