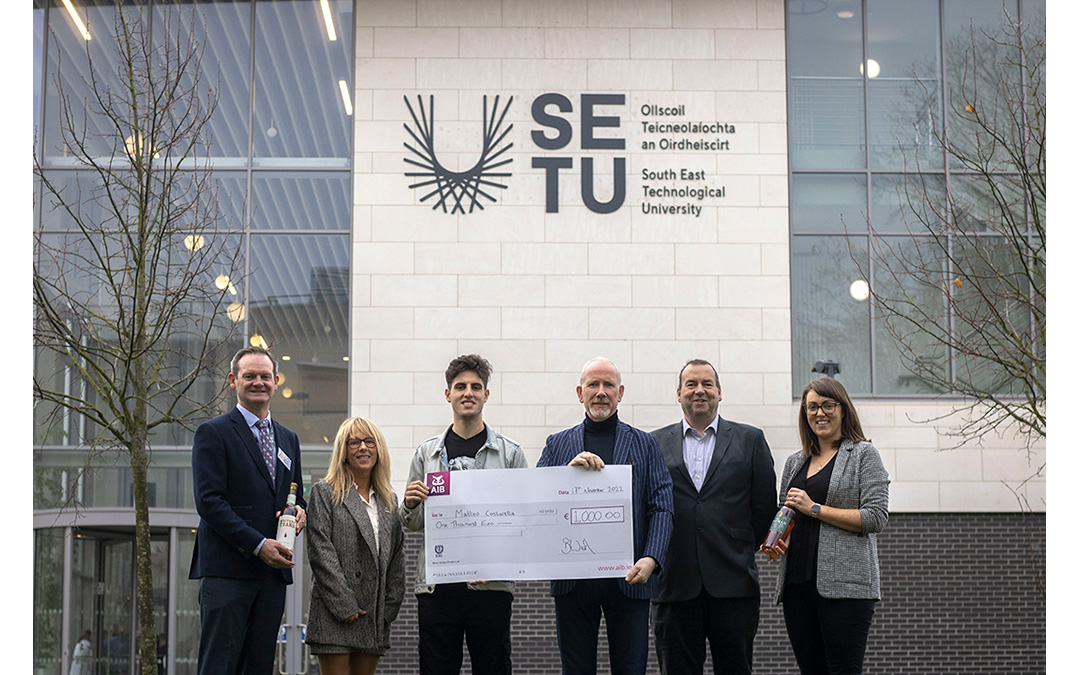 Matteo Costarella, a second year Brewing and Distilling undergraduate at South East Technological University (SETU), is the fifth recipient of the annual Walsh Whiskey €1,000 bursary. The prize is awarded by Walsh Whiskey (producers of Writers’ Tears & The Irishman premium whiskeys) to the student with the highest first year grades in the Bachelor of Science in Brewing & Distilling course at SETU. The four-year course was the first of its kind in Ireland when initiated in 2017.

Matteo, who travelled from Italy specifically to study Brewing and Distilling at SETU, was delighted to receive his award from Bernard Walsh, Co-founder & Managing Director of Walsh Whiskey, commenting:

“Winning this award means that the hard work I put into it has paid off.”

“We congratulate Matteo Costarella for his excellent results which add to the growing reputation of the excellent calibre of SETU students and graduates. Having expanded from a handful of distilleries a decade ago, the Irish whiskey sector now numbers over 40 distilleries and is expected to continue to grow apace for many years to come. In that context, it is vital that SETU continues to produce graduates of the calibre of Matteo who have great long term career prospects to look forward to.”

“The honours degree in Brewing and Distilling at SETU is an industry facing, practitioner informed programme and ongoing collaboration and engagement with the industry is central to our success. The team at Walsh Whiskey has partnered with us from the very early stages of the development of the honours degree and their ongoing support, including the annual Walsh Whiskey bursary epitomises the value of the university-industry relationship for our students and our graduates.”

Launched in 2017, the four-year Bachelor of Science (Hons) in Brewing and Distilling was developed by South East Technological University following significant research and consultation with industry, representative organisations, national bodies and government. The programme has received huge support from the industry.