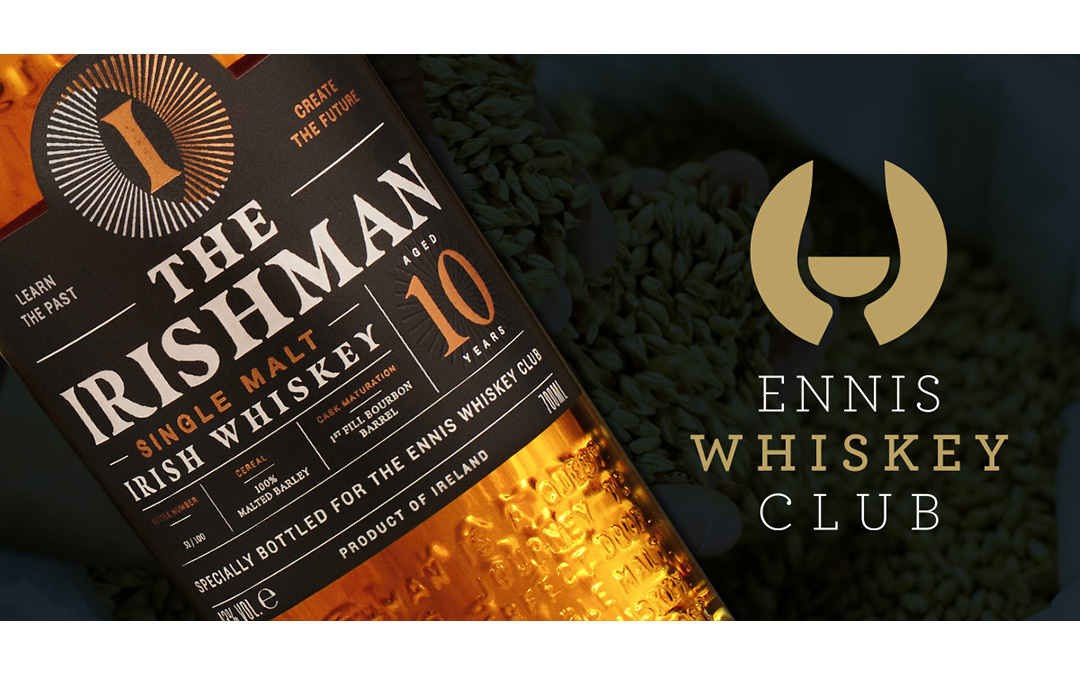 Walsh Whiskey has honoured the 10th anniversary of the Ennis Whiskey Club with a special limited-edition bottling of The Irishman – Single Malt. The club is the second oldest whiskey club in Ireland and specialises in whiskey tastings over dinner in Ennis. The club was founded in 2012 by Paul Quin and Eric Flynn who, in addition to sharing a love of whiskey, are also brothers-in-law. To date the club has explored 100s of Irish and international whiskeys with 1,000s of people from across the world in the pubs and restaurants of Ennis. 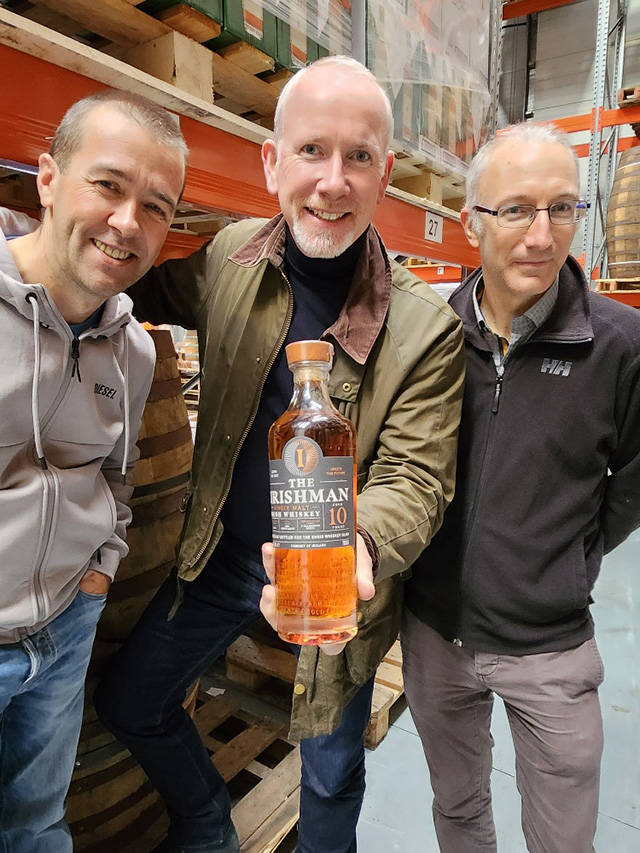 The limited edition of 100 bottles of The Irishman – Single Malt is aged for a minimum of 10 years in first-fill, charred American Oak Bourbon casks. Triple distilled and crafted from a mash bill made entirely of Irish barley, it has been bottled at 43% ABV. Distribution of the entire bottling is being undertaken by The Ennis Whiskey Club, with most being allocated to members of the Club and a very small allocation available through irishmalts.com.

“Eric Flynn and I started the Ennis Whiskey Club back in 2012 and little did we know that in 10 years’ time we’d be collaborating with Walsh Whiskey to release our own special bottling for the club. Thanks a million to Bernard and all at Walsh Whiskey for creating this magnificent 10-year-old The Irishman – Single Malt Irish whiskey especially for us. It’s a cracker! Sláinte!”

“We are delighted to support The Ennis Whiskey Club’s celebration of their 10th anniversary with this special Bottling of The Irishman – Single Malt. Paul and Eric were quick out of the blocks in establishing their club in 2012 and helped spread the gospel of Irish whiskey’s renaissance in the West of Ireland and beyond, but most of all in the great town of Ennis. They have helped to reintroduce the strengths and opportunities of our native spirit to publicans and restaurants in Ennis, including establishing the Ennis Whiskey Experience. So here’s to the first 10 years and many decades of whiskey appreciation by the Ennis Whiskey Club to come!”