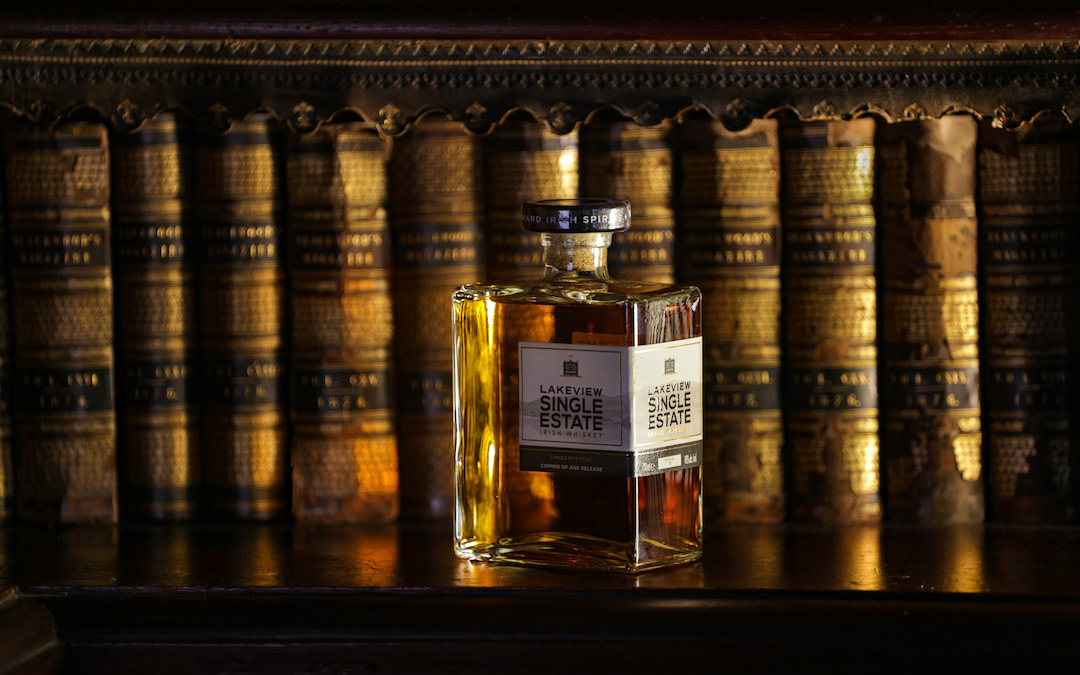 Wayward Irish Spirits are proud to release the Lakeview Single Estate Irish Whiskey. This first Single Pot Still Whiskey from the Lakeview Estate Barley showcases the special maturation conditions on their Estate and captures the spirit of the land, their family home of 900 years.

The Coming of Age Release is limited to just 300 numbered bottles. Made from barley harvested from the Estate’s Hilly Field in 2018, this was small-batch malted in Naas and distilled in March 2019 by Great Northern Distillery into Pot Still spirit (to their 50% malted / 50% unmalted barley mash bill and specification). It then returned to the Estate’s 300 year old stone bonded Storehouse, ‘The House of Contentment’.

Matured initially in ex-Bourbon casks for 3 months, then a further 40 months in ex-Premier Cru Bordeaux NEOC barrels with 10% finished in ex-peated casks for 3 months. The Lakeview Single Estate Whiskey was gently cut (borrowing from Cognac traditions) over 6 months to ensure integration and smoothness, with no colour added and minimally filtered (no chill filter).

“Rapid maturation is a sort of Holy Grail for Whiskey makers. In Killarney we say we have 4 seasons in an hour – resulting in lots of daily variations in temperature, causing the Whiskey to move in and out of the wood, the basis of maturation. We’ve been measuring temperature and humidity in our Storehouse for the last 4 years and this has shown we have a longer ‘maturation season’ (>7C, where the Whiskey interacts with the cask) of 10 1⁄2 months a year, compared to the East coast where most Irish Whiskey is matured. Speyside, for comparison, has 6 months.”

“We have long believed that our microclimate should enhance maturation and we now have liquid proof of this with a Whiskey which many are saying tastes well beyond its 31⁄2 year age. We’re calling this effect ‘Maturation Terroir’ and we hope our Coming of Age Release will start a conversation on the importance of where a spirit is stored to its maturation. We think this is a specific regional effect and we look forward to seeing whether our local peers in Killarney get similar results.”

“It’s been really important to us to use our own barley – as well as showcasing this land we love, this provenance gives us an undeniable authenticity. We’re one of very few Single Estate Whiskeys in Ireland, where the barley is grown and the Whiskey matured in the one place. Pot Still is Ireland’s heritage Whiskey style so it feels right to be producing it from our heritage estate here in Killarney.” 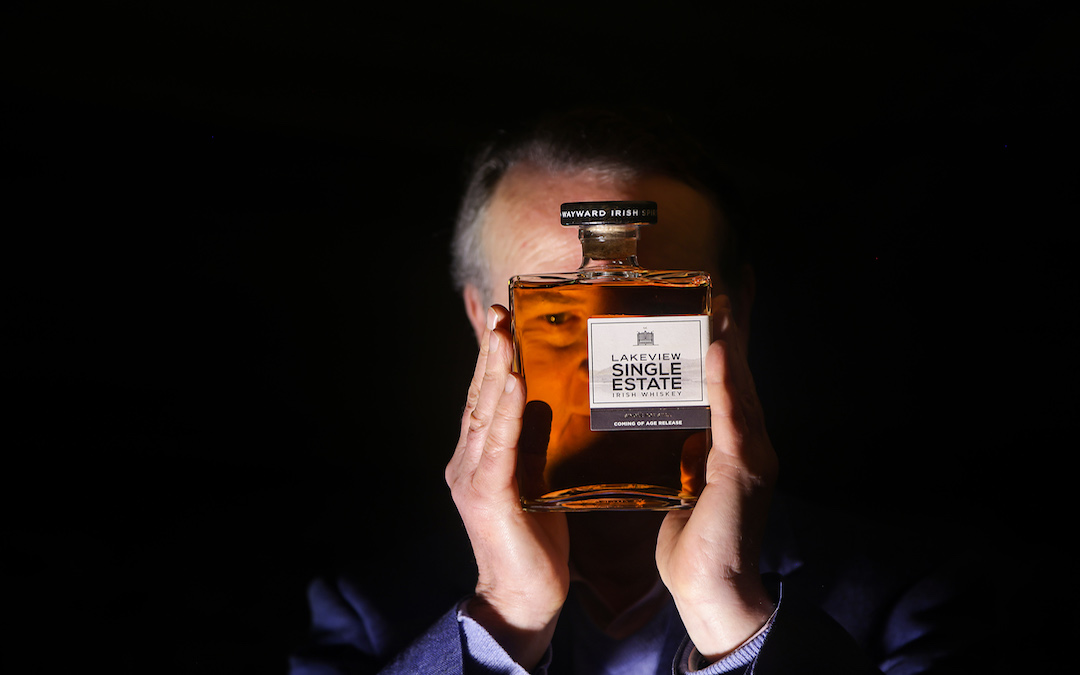 The design for the bottle draws inspiration from a family treasure, a large bottle of D’Orsay perfume that was a wedding gift to Maurice’s grandmother in 1921. The bottle became a much talked about family challenge and thwarted numerous attempts to be opened over the last 100 years.

Blended and bottled on the Estate at 46% ABV, just 300 numbered bottles of the Lakeview Single Estate Irish Whiskey Coming of Age Release are available from Celtic Whiskey Dublin, James Fox Dublin, Carry Out Killarney and Irish Malts. RRP is €195 with a 40ml miniature bottle included.

Investing in an Irish Whiskey Cask Program
Dingle releases Single Malt Batch 6 - last in the series
The Echlinville Distillery to invest over £9million in…
The difference between Irish Whiskey, Scotch and American…