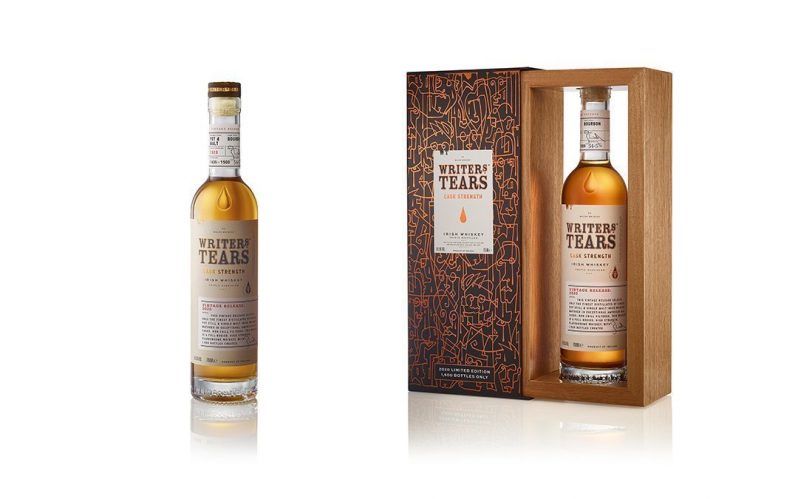 The 2020 vintage is the 10th annual release of this super-premium expression from Walsh Whiskey. It is Ireland’s most unique cask strength whiskey as it is a rare vatting of aged Single Pot Still and Single Malt Whiskey. Writers’ Tears Cask Strength is triple distilled, natural non-chill filtered, carefully aged in Bourbon barrels and bottled, this year, at 54.5% ABV. The 2020 release is limited to just 3,000 individually numbered bottles, signed by Writers’ Tears creator and Walsh Whiskey Co-founder – Bernard Walsh.

The super-premium whiskey is for sale across selected markets worldwide, with 1,500 bottles destined for the USA and 1,500 shared across the Rest of the World including the Irish, key European and Canadian markets. Stockists and distributors of Writers’ Tears internationally can be identified through the new search function on the brand new web-site – www.walshwhiskey.com/order/writers-tears/?country=DE

“This is a particularly special release. The annual Cask Strength vintage of Writers’ Tears represents the most exclusive expression in the range and this year sees the first ever changes to the bottle, labelling and uniquely styled packaging since the expression was launched in 2011.

“The new design for our limited cask editions have their own unique label design to allow for more detail about these special whiskeys. Of course the label on the bottle-neck carries the technical detail of each whiskey including the whiskey, cask and still types; the batch and bottle number.”

Earlier in 2020, Walsh Whiskey raised €16,000 for the Jack & Jill Children’s Foundation in support of seriously ill children under 5 years old and their families. This was achieved through Bernard & Rosemary Walsh, co-founders of Walsh Whiskey, donating their personal collection of each of the 9 vintages of Writers’ Tears Vintage Cask Strength produced until then and with the promise that this year’s 2020 vintage would be added to make it a collection of 10. The collection was raffled online and won by Liam Boland from Dingle, Co. Kerry in Ireland.

“We will dispatch this 10th bottle to complete Liam’s collection and we thank him and the wider Walsh Whiskey community again for their support which is making a real difference to the lives of these young children and their families.”