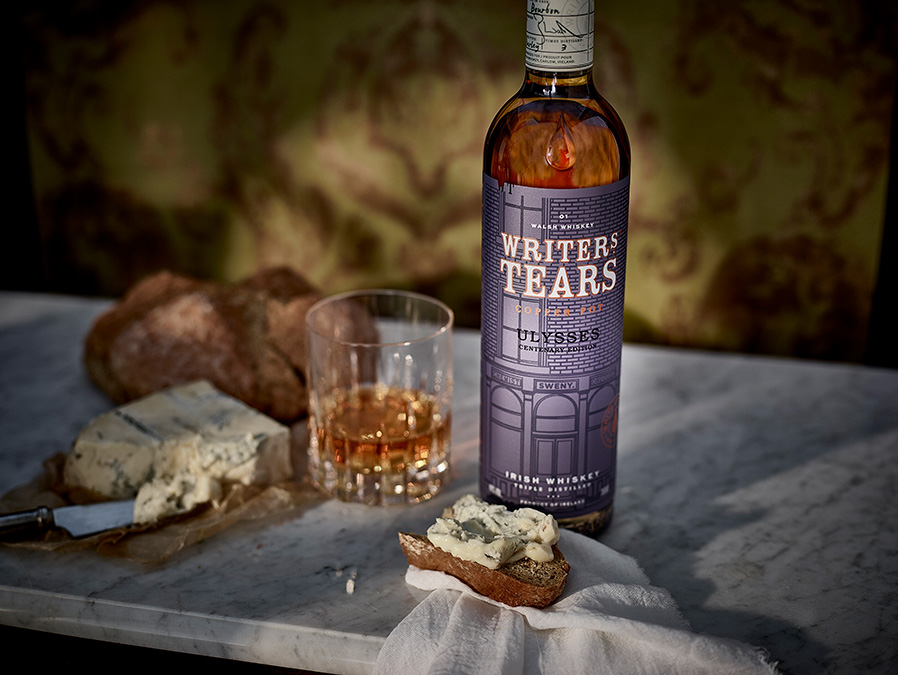 Writers’ Tears super-premium Irish whiskey has released a limited, collector’s edition bottle of its Copper Pot expression. The bottling commemorates the centenary of one of the world’s most renowned literary works – James Joyce’s Ulysses. The limited-edition bottle, designed by Studio Minerva of London, features a striking screen-print and line drawing of Sweny’s Pharmacy, which Joyce himself visited in 1904 and features in Episode 5 of Ulysses.

Supported philanthropically by Writers’ Tears, today Sweny’s Pharmacy is a cultural centre dedicated to celebrating Joyce and Ireland’s other great writers through daily readings, both online (Facebook) and in the pharmacy.

The special Writers’ Tears Copper Pot release is limited to just 5,442 bottles and is available in Ireland (including at The Loop in Dublin Airport), Austria, Canada, France, Germany and the UK at a RRP of €45/ STG£35. 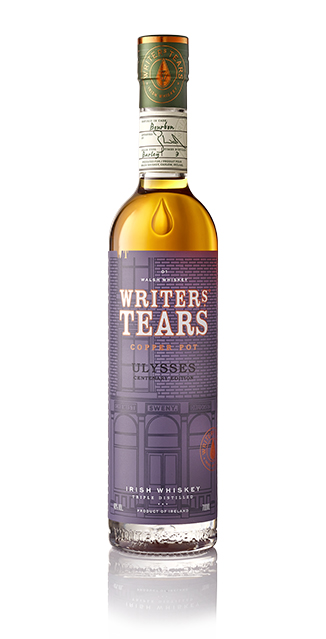 Announcing the release of the special bottling, Bernard Walsh, Creator of Writers’ Tears and Managing Director of Walsh Whiskey, said:

“Celebrating Ireland’s literary greats has always been at the core of Writers’ Tears and there is none greater than James Joyce. We are delighted to play our part in supporting Joyce’s legacy through Sweny’s Pharmacy, which is a piece of perfectly preserved living history from Joyce’s Victorian Dublin.”

Ulysses Joyce’s epic novel is about regular people going about their lives on a single day in Dublin – 16th June, 1904. The novel is celebrated on the same historic date every year. The day is known as ‘Bloomsday’, after the main character Leopold Bloom, and Joycean enthusiasts dress in Victorian attire and visit venues that feature in the novel all across Dublin.

Writers’ Tears is celebrating the centenary of Ulysses with a programme of activities including:

A drinks reception at the International James Joyce Symposium in MOLI (Museum of Literature Ireland, Dublin).

A reading from Ulysses and whiskey tasting evening led by Bernard Walsh (creator of Writers’ Tears) at a Joycean venue (Dublin, Ireland).

Complimentary ‘Hot Toddy’s’ (whiskeys) for swimmers and spectators at Fitzgerald’s of Sandycove, a pub close to Dublin’s Forty Foot bathing place – the venue of the opening scene in Ulysses.

Supporting the screening of the documentary ‘Remarkable Women’, about the women who influenced the first publication of Ulysses, at MOLI (Museum of Literature Ireland, Dublin).

Whiskey tastings in JJ Foxes of College Green in Dublin from 3 to 4 pm.

Details of the Writers’ Tears Ulysses Centenary activities will be posted on their social channels;

Writers’ Tears – Copper Pot is a rare blend of Single Pot Still and Single Malt whiskeys. It is inspired by the golden era of Irish whiskey, pot still distillation and the creative thinkers and artists that define Irish culture, particularly those of the 19th and 20th centuries.