John Clement Ryan – a giant of the Irish whiskey industry 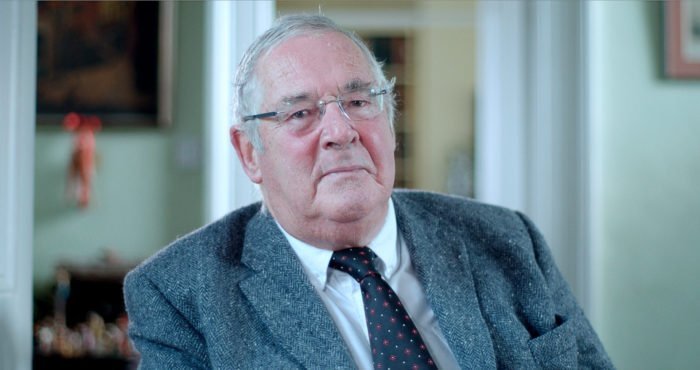 John C. Ryan, a direct descendant of James Power sadly passed away on 11th May 2018, peacefully at home, surrounded by his family. He was the seventh generation to start his career in whiskey in the family firm. Described as a natural raconteur, his pride in, an encyclopaedic knowledge of the Irish whiskey category made him a much sought-after figure. John C. joined Irish Distillers in 1969 and gravitated naturally towards marketing.

His passion for and belief in the qualities of Irish whiskey made him an eloquent ambassador for the spirit at home and abroad during his 27 years with the company. Following his retirement in 1996, he continued to work as a valued consultant to the industry and remained keenly interested in the sector. Always generous with his time and knowledge, he never lost his enthusiasm for sharing the story of Irish whiskey, and his interest in his family’s role in that history.

The following from Barry Crockett, Master Distiller Emeritus, Irish Distillers, beautifully captures Johns character and the monumental role he played in the Irish whiskey industry.“One thing that always shone out about John was the very strong sense of pride he had for his family. In my experience, John extended this sense of family connection through to the wider family of all who worked in the Irish whiskey industry and for those who worked with Powers in particular.

I think he was deeply influenced by the Powers family tradition of sincere concern for all who worked at Johns Lane. John of course was gifted with a remarkable ability to communicate with genuine clarity, and due to this was always able to command attention and respect. In a certain way, he could be regarded as a troubadour, a man who presented his message through melodious tones and frequently breaking into song.

He travelled across the world to tell the story of Irish whiskey and could rightly be called a pioneer in opening many doors and possibilities for exports. As someone who could trace his genealogy seven generations back to the original John Power he believed that quality was vital to his successful endeavours at marketing. He was enormously interested in Midleton Distillery and each time he visited with guests he always took the time to inquire into the developments taking place.

He was a true gentleman and his sincere humanity was often expressed through a proverb or a toast. The letters he wrote to me were often concluded with the words ‘Slainte, agus saol agat!’. Everyone in Irish Distillers owes him a very great debt, may he long be remembered.”

We all owe him a great debt. He is survived by his wife Jane and their children, Rebecca, Veronica, Lucy and Alice.