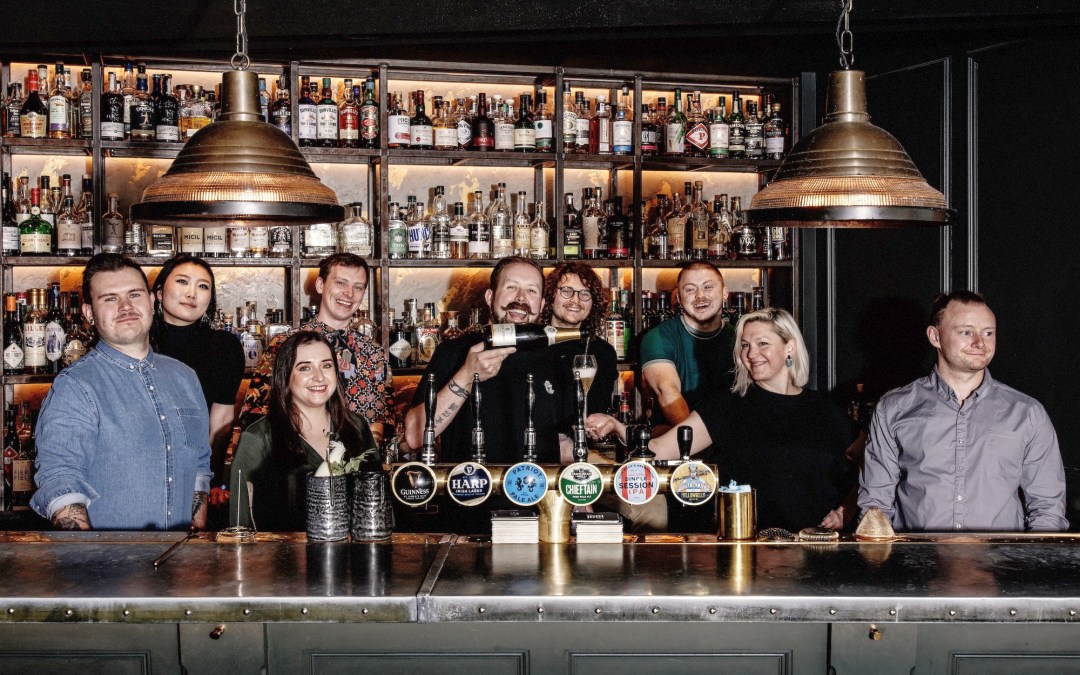 The winners were revealed at a gala awards ceremony hosted by Alan Shortt on Monday, 22nd of August, at the Clayton Hotel, Burlington Road. Along with winning the overall prize, BAR 1661 also won gold for Innovative Bar of the Year and bronze for Cocktail Bar of the Year. Now in their 17th year, the Bar of the Year Awards are the premium awards for the licensed trade and were held after a pause of two years since Covid.

One of the few independently owned and operated bars in Dublin, BAR 1661 is fiercely independent and staunchly Irish. Named for the year poitín was banned in Ireland, it opened its doors in April 2019, creating a permanent home for Ireland’s original native spirit. Nestled among the fruit markets in the heart of Dublin 7, the location was a forgotten corner of the city with a perfect historical backdrop for a destination Irish cocktail bar. BAR 1661’s mission is to pay homage to all of Ireland’s native drinks, but especially Poitín, writing its own chapter in the colourful story of this once notorious Irish spirit and ensuring its place in the modern canon of Irish drinks. Bar 1661 is proud to serve the niche beside the revered; the up and coming with the established; the traditional as well as the innovative — each small parts of a passionate bigger story about the future of Irish drinks.

“This is a huge reward for our team, who have worked tirelessly for over two years to bring BAR 1661 to unrivalled standards. A shared love of cocktail bars and Irish spirits drives us to be the best we can be and shining a spotlight on poitín makes it all worthwhile. Winning Bar of the Year is an amazing result for independent cocktail culture. BAR 1661 is serious about being a global voice for the Irish cocktail scene. “When we opened in April 2019 our mission was to give our sometimes-maligned national spirit the home it deserves, to elevate Irish cocktail culture, and to create a place for locals and visitors alike” 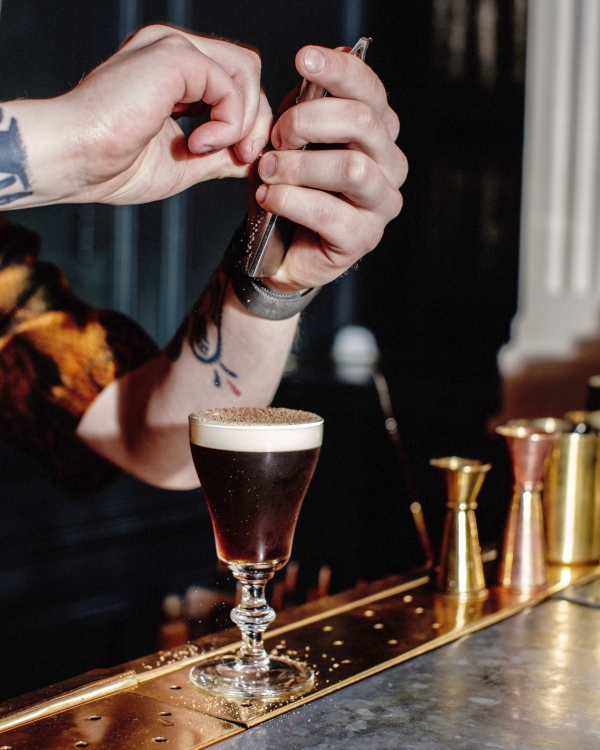 This September, the innovative team at BAR 1661 are launching their most ambitious menu yet. The year-long menu consists of 32 signature cocktails, each drink created around a landmark date in the history of Irish drinks, which in turn helped shaped the island we call home. These include: the Belfast Coffee (€9), which reclaims the year poitín was banned, 1661. The house serve is a silky mix of Bán poitin, cold brew coffee, demerara and nutmeg. 1785 is celebrated with the Gibney (€14) is, a drink inspired by the year the tax on malted barley was introduced.

To stick it to the tax man, distilleries started upping unmalted barley to their mash, which in turn created the ‘single pot style’, giving the liquid a distinctive thickness and spiciness. The Gibney is a mix of Redbreast 12-year-old whiskey, rum, pineapple, black cardamom, aromatised wine and oloroso. This is barrel aged on site by the team at BAR1661 in a Spanish Oloroso cask. For the year 2013, BAR 1661 celebrates their friends at Echlinville distillery with Linen and Lime (€13.50), a cocktail consisting of Weavers gin, aqua vitae, cucumber, caper and lime. Echlinville opened its doors in 2013, making it the first new distillery in Northern Ireland in over 125 years. 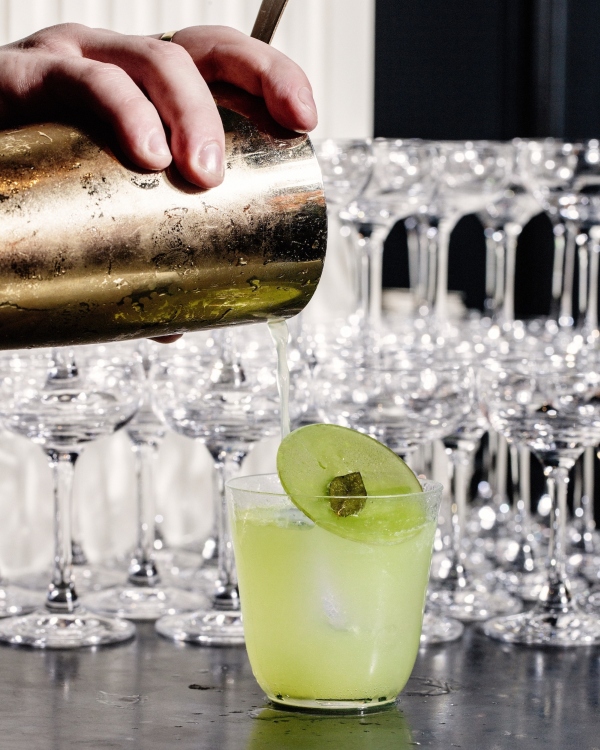 These drinks and more from the new 32 strong cocktail menu are available from September along with a wide range of Irish focused and world produce. BAR 1661 brings together the niche with the revered, the emerging with the established, and the traditional with the innovative. Irish to the core, BAR 1661 boasts the world’s largest selection of Poitín, as well as one of the largest selections of niche Irish spirits anywhere in the world.

Their extensive Irish Whiskey selection has a focus on single cask and independent, one-off offerings, and the bar also has exclusive ‘partner bar’ status in Ireland with the Scotch Malt Whiskey Society, whose single barrel, cask strength bottlings represent their entire scotch selection. BAR 1661 is also proud to have one of the strongest selections of tequilas, mezcals and rums in Ireland. BAR 1661 mixes and pairs with an all-Irish selection including bitters, sea salts and botanicals, while working with seasonal foragers and the city’s local grocers. The locally sourced rotating snack menu also has a focus on Irish producers. 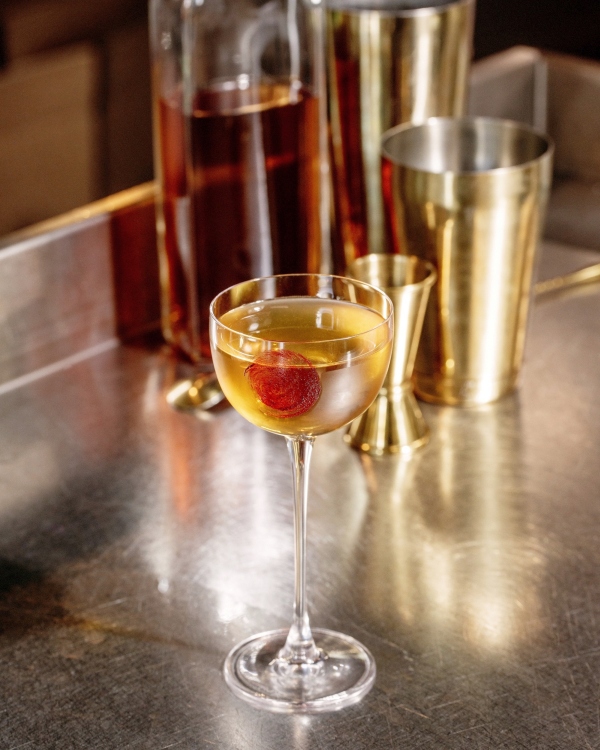