First new cooper appointed by Irish Distillers for over 40 years 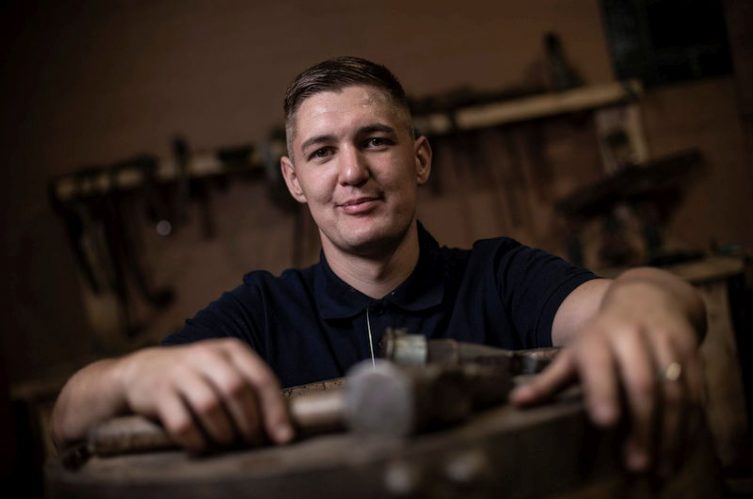 Irish Distillers has today announced the appointment of Killian O’Mahony as Cooper, following the successful completion of his apprenticeship under Master Cooper, Ger Buckley. Killian is the first newly qualified Cooper at Midleton distillery in 40 years and comes from a long line of craftsmen at Midleton, dating back to his great grandfather, Batt Ahern, who worked as a blacksmith in the distillery from 1910 to the 1930s.

A Cooper is a craftsman trained to make and repair wooden casks. As the contribution from the wood has a significant effect on the aroma and flavour of the final liquid, the role of a Cooper is central to the production of Irish whiskey, the fastest growing premium spirit category in the world. As part of his new role, Killian will be responsible for the repair and maintenance of over 1.5 million casks on-site in Midleton, as well as managing various coopering and cask related projects in the distillery. Midleton currently has two working cooperages – one based in the old Midleton distillery and a new cooperage located within the Spirit Store at the main distillery.

“I come from a long line of craftsmen going back generations, so working with my hands is in my blood. It has been a privilege to learn the craft of coopering around the world. I’m delighted to be continuing to expand my career with Irish Distillers and I look forward to continuing to work with the team in Midleton, using my craft and experience to play my part in the renaissance of Irish whiskey.”

Killian completed his coopering apprenticeship over four years in Irish Distillers. During this time, he spent two years travelling to Scotland, Spain and America working on a variety of cooperage projects at Irish Distillers’ global network of suppliers and affiliates.

Commenting on the appointment, Kevin O’Gorman, Head of Maturation at Irish Distillers, said:

“Wood is one of the most important factors to affect the taste of Irish whiskey, so the techniques involved in cooperage – which have been used the world over for hundreds of years – are essential to the production process. Killian’s appointment means that the future of this age-old craft is in good hands for future generations at Midleton. I would like to welcome Killian into the cooperage fold, I have no doubt that he will play his part in adding exciting new chapters to the incredible story of Irish whiskey.”