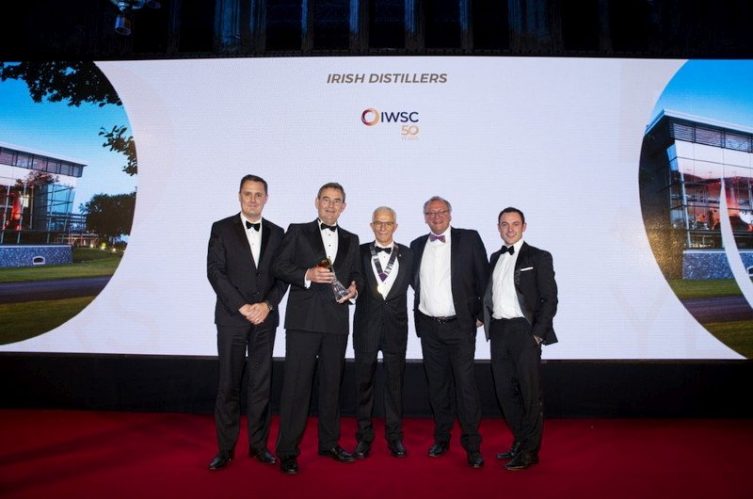 Irish Distillers, the producer of some of the world’s most enjoyed whiskeys, has taken home the World Whiskey Producer of the Year trophy at the International Wine and Spirits Competition, following a prestigious ceremony in London last night. Irish Distillers scooped the respected accolade after scoring the highest number of medals across its portfolio of Irish whiskeys throughout the 2019 awards season, beating distillers from Japan, Ireland and the USA. The result follows an outstanding year of recognition for Midleton Distillery which saw it claim 24 award wins, including the Worldwide Whiskey Trophy for Redbreast 12-Year-Old Single Pot Still, which continues to be the most decorated single pot still Irish whiskey in the world.

The influential spirits competition also awarded Jameson Cooper’s Croze and Midleton Barry Crockett Legacy with an impressive 98 points out of 100, meaning Irish Distillers won the most Gold Outstanding honours within the Irish whiskey category. In addition, the Powers Three Swallows release, Powers John’s Lane 12 Year Old, Redbreast 15 Year Old and Red Spot 15-Year-Old Single Pot Still were also awarded gold medals. The international benchmark for quality, the IWSC was the first competition of its kind, set up to seek out, reward and promote the world’s best wines, spirits and liqueurs. Now in its 50th year, the IWSC’s relentless pursuit of excellence underpins every aspect of the competition today. The IWSC is set apart by the formidable reputation of its judging process with panels made up of carefully selected industry experts including Master Distillers, Masters of Wine, wine and spirit buyers and sommeliers, WSET qualified educators and respected wine and spirit journalists.

“We are honoured to be recognised as World Whiskey Producer of the Year by one of the most respected awards bodies, and to see such outstanding results across the portfolio. This trophy is a tribute to the incredibly hard-working passionate and skilled craftsmen and women at Midleton – 2019 has truly been a landmark year for Irish Distillers.”