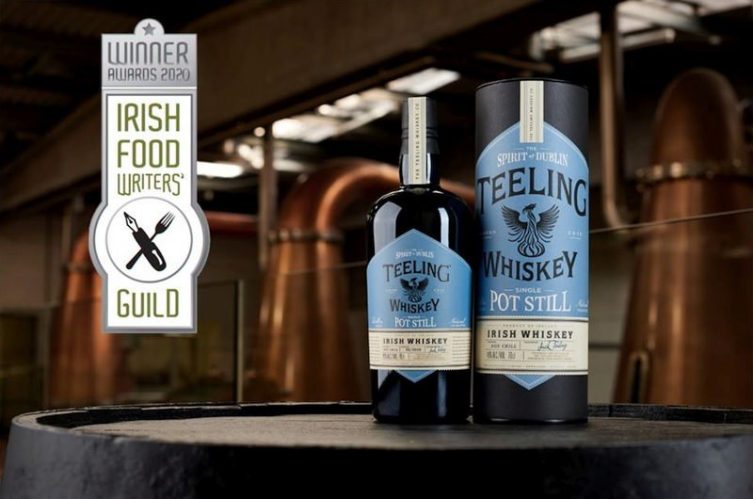 For over 25 years, the IFWG Food Awards have celebrated indigenous producers who help maintain Ireland’s outstanding reputation in food and drink. The IFWG Awards are unique, as no one can enter themselves or their product into the awards and no company knows it has been nominated or shortlisted for an award. The Guild is the sole nominating and decision-making body.

The Irish Food Writers’ Guild Food Awards were celebrated at The Marker Hotel, with a lunch created by executive head chef Gareth Mullins, who incorporated the winning produce into a six-course menu, with an Aperitif of Teeling Pot Still Whiskey Spring Cup, a refreshing long drink with lemonade and rhubarb cordial, garnished with fruit and mint.

‘’To be recognised by the IFWG who champion high quality local Irish produce give us a great sense of pride. We genuinely believe that Ireland produces some of the world’s best food and drink so we are incredibly proud to play our part in delivering this message across the globe. Since reviving our old family trademark of Teeling Whiskey back in 2012, we have endeavoured to make sure every bottle of Irish whiskey we release with our family name on it is of the highest quality. It was nearly 50 years since Dublin had produced its own whiskey so we are delighted that we have revived the tradition of whiskey making in the city and put Dublin back on the map as a world-class Irish whiskey producer’’